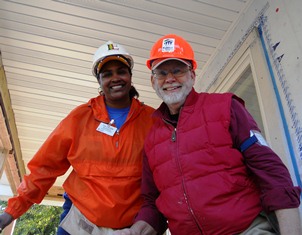 Announced in February and officially approved in April 2012, the National Mortgage Settlement was negotiated by the top five lenders and various government officials to provide assistance to current and previous homeowners who were negatively impacted by the foreclosure crisis.

However, given the overwhelming budget deficits experienced by many states, controversy is forming around the specific use of the funds.  Will closing the budget gaps directly aid in mitigating foreclosure effects on homeowners? Politicians in more than a dozen states appear to consider their budget gaps more important than foreclosure prevention for their citizens.

The $25 billion settlement was negotiated in February with the five big banks- Bank of America, Wells Fargo, JPMorgan Chase, Citigroup and Ally/GMAC.  Just over $2.5 billion will be allocated to the 50 states.  There is quite the controversy among these politicians about how to allocate the funds within the states.  Although using the funds to fill budget gaps may have immediate effects this year, the number of homeowners going through foreclosure will have drastic effects on the economy in the future.

$2.5 billion is a substantial amount of money that could be a valuable resource for homeowners negatively impacted by the foreclosure crisis.  Unfortunately, the late budget deficiencies make these funds tempting to use to close the gaps for some state governors and legislators.  Affordable housing advocates that would like to see these funds go to housing-related issues should take into consideration the timing and decision-making process of their state, as this varies across the country.

It is important for your voice to be heard in these desperate times.  Inform your legislator that you know what is going on and you want to see the funds being use for the original intent of alleviating the impacts of the foreclosure crisis. So far, the state of Minnesota has not yet made a decision about how to allocate the $41.5 million we received from the negotiation so now is the time for action to let officials know that housing should be on the top of their priority list!