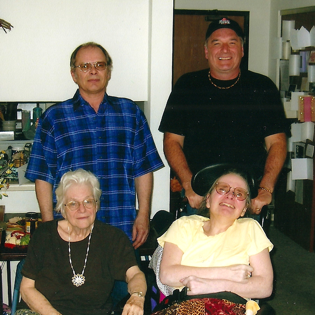 “Mom’s always been a helper,” Dave Pawlik said of his mother, Beverly, while he and his wife, Nancy, were being interviewed in their St. Paul Park home. “Mom gave of herself to help my sister, who had debilitating MS, until she passed. About four months later, Mom got sick. Before she passed away she made it known that she wanted to give her home to Habitat for Humanity to help another family.”

Pawlik fulfilled his mother’s wishes about 10 years ago when he, along with his brother Jon, donated her house to Habitat, but the story doesn’t end there.

“Mom’s house was small, maybe 900 square feet, and it wasn’t in great shape,” Pawlik said. “The house wasn’t worth much, but the lot was, so I asked Habitat if they could build two houses, one in memory of my mother, and one in memory of Jeannie, my sister.”

The original home was on a corner lot on a quiet street adjacent to several townhomes to the west, a trailer court behind, a park across one street and a cemetery across the other. “With the kinds of homes in the area,” Pawlik observed, “putting in a duplex just made sense, but it still had to get rezoned and approved by St. Paul Park. 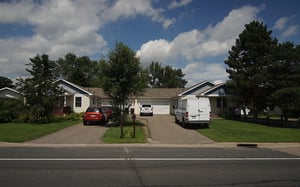 “It would have been easy to just take the lot and not worry about our wishes,” Pawlik said, “but the folks at Habitat really respected our wishes and went to bat with the city to get the zoning changed.”

It wasn’t always a smooth process, but eventually the change was approved. The original home was torn down and a duplex was erected in its place.

Pawlik was pleased to hear that the families who bought each side of the duplex are still living there. “Mom would be proud,” Pawlik said. “She and Jeannie are buried about 300 yards from the duplex. Whenever we go to visit them it’s nice to see the house and the changes the new owners have made to the place. They’re taking care of the place, so to us, that means they’re respecting Mom’s gift.”

“Looking back on it,” Pawlik said, “I feel blessed that it was Mom’s wish to do something useful with the house instead of just giving us the money.”

The Pawliks continue to support Twin Cities Habitat because they believe in the Habitat mission. “When you give, you get blessed in return.” He added, “I would recommend being part of somebody else’s blessing,” 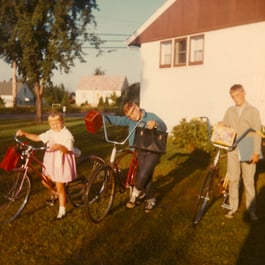 He is still thankful, years later, for all the people who worked to make the duplex happen, and who worked to build the homes. “The homes are carrying on my mother’s and my sister’s spirits.”

It’s a misconception that planned giving is only for the wealthy. The truth is, even people of modest means can make a big difference. The Pawliks aren’t wealthy, but their gift was extraordinarily generous. Donating a home or property to Habitat is a way to “Be a part of somebody else’s blessing.” It’s a living memorial that can keep that person’s memory alive. To learn about making a gift of an estate, or planned giving, contact Twin Cities Habitat at http://www.tchabitat.org/donate/legacy-circle