Last week I traveled to Washington D.C. with six other Habitat staff from the Twin Cities and Rochester affiliates to attend Habitat on the Hill, our annual legislative conference. Just under 300 attendees from across the nation gathered to learn, share, and advocate. 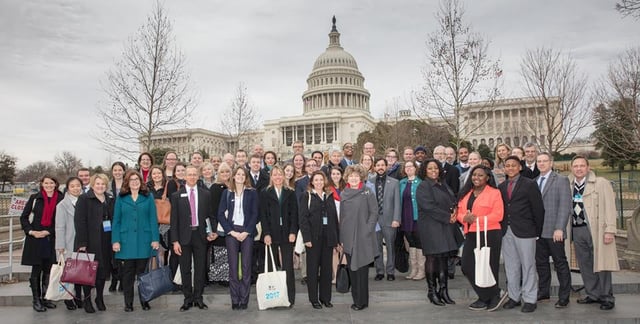 One of the first speakers was Denny Heck, a House Representative from Washington State. He talked about the importance of looking at housing as whole cloth, not a patchwork quilt—meaning the whole continuum of housing – from emergency shelters and supportive housing, to affordable rentals and homeownership – is connected. He talked about how much he liked volunteering with Habitat in his district. But the part of the speech that made the biggest impression on me was when he told the crowd: “Stand up, speak out.” That in times of uncertainty, it’s more important than ever to voice your opinions and get involved in your local, state and national politics. 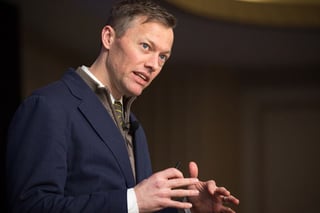 After a morning of workshops, we were lucky enough to be joined by Mathew Desmond, author of bestselling book Evicted: Poverty and Profit in the American City. If you haven’t read it, you should. The book follows the lives of eight families living in some of the poorest neighborhoods in Milwaukee—it’s a captivating display of storytelling, intertwined with quantitative data about poverty and inequality in the United States. Desmond’s speech was in the same format. He focused on one of the book’s characters, Arleen. Arleen is a single mother with two boys who, after paying rent, had $20 a month to raise her sons. One day, her son throws a snowball at a car, the driver calls the police, and the landlord evicts the family for nuisance; Arleen then calls 89 landlords before one agrees to rent to her family. This is not an anomaly, and affects families in Minnesota. More than 1 in 4 Minnesota households pays more than they can afford for housing. We know that when families can’t afford their housing, other areas suffer as well. I repeat, if you haven’t read this book, you should.

On Wednesday, we were unleashed on the Capitol to “stand up, speak out” by sharing our mission, our stories, and our legislative asks.

Our Minnesota team had meetings with Rep. Erik Paulsen, Rep. Betty McCollum, Rep. Rick Nolan, Rep. Tom Emmer, Rep. Keith Ellison, Rep. Tim Walz, Sen. Amy Klobuchar, and Sen Al Franken. Throughout the conference, we had been told time and time again that legislators want to hear from us and that those from both sides of the table would be delighted to meet Habitat supporters. But this was my first time meeting with my legislators, so I’ll admit that I was a little nervous. I needn’t have been. Amy Klobuchar’s aide joked that Senator Klobuchar’s favorite accessory is a hardhat, we heard Representative Nolan’s best Irish accent, and Senator Franken kept us entertained with his characteristic comedic nature. But apart from being generally enjoyable and fairly funny meetings, everyone was interested in what we had to say and grateful that we had taken the time to say it. 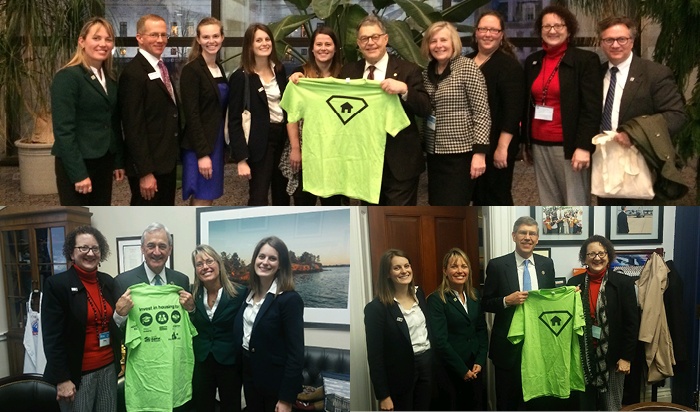 While traveling to the capital is not feasible or convenient for many, there are so many ways you can get involved in our advocacy efforts right here in Minnesota. First, learn about what we’re advocating for at the state level. Then, contact us to join our advocacy team on a legislative visit (it will be the best part of your week), get in touch with your representatives by phone, email, snail mail, singing telegram, or attend Habitat on the Hill in St. Paul this April. Whatever you do, “stand up, speak out”—it’s never been more important or needed than now.