Rebuilding in Haiti since the devastating earthquake in 2010 has challenged the best efforts of relief and humanitarian agencies from around the world. The disaster destroyed105,000 houses and damaged another 85,000, which left more than 1.5 million people homeless. Much of the country’s housing stock and infrastructure was reduced to piles of rubble. Efforts to rebuild have been complicated by many factors, including the fact that Haiti is one of the poorest nations in the world. Even before the disaster, 3 out of 4 people lived on less than US $2 a day.

“Since the 2010 earthquake, our supporters through the Habitat Affiliate network around the world have demonstrated an incredible solidarity with the people of Haiti. This support allows Habitat to continue making progress alongside communities to address their housing a settlement needs. While much has been achieved, the work is far from over and Habitat is committed for the long term in Haiti," said Mike Meaney, Chief Operating Officer at Habitat for Humanity Haiti.

In the five years since the earthquake, a complex story of survival, perseverance and renewal has unfolded in Haiti, surely and steadily. Habitat for Humanity's earthquake recovery program and subsequent community development activities have helped more than 58,900 families affected by the disaster, and the organization's tithe partners from around the world have stepped up to support the affiliate's efforts. 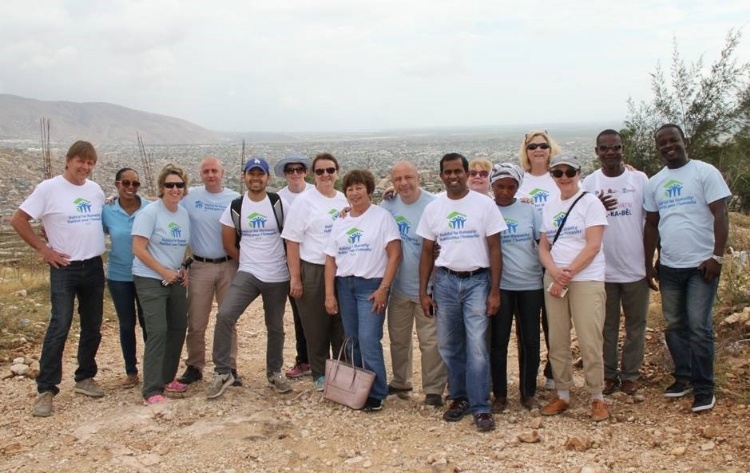 "It's incredible to see how effective our work can be without actually building," said Cathy Lawrence, VP of Resource Development at Twin Cities Habitat. "The Neighborhood Revitalization work that's being done in the Haitian communities provides some really great insight, and reiterates how important it is to gain feedback from the local residents when planning revitalization projects. It's through that collaborative work that you learn the most and can implement things that will be a good fit with the local culture, and help provide a sense of community and home for the families that live there."

During the summit, participants were also exposed to the work being done by the Haiti Property Law Working Group. This group develops and implements initiatives to help Haiti deal with long-standing land tenure issues, and provides materials to assist the community in understanding the law and procedures for property ownership and use.

Thanks to our generous supporters, more than $3 million dollars has been pledged to build Habitat homes in other countries since Twin Cities Habitat’s inception in 1985.  This year, Twin Cities Habitats plans to tithe at least $200,000 of privately raised undesignated funds to support Habitat’s mission worldwide. Our current tithe partner countries are Costa Rica, Ethiopia and Haiti.