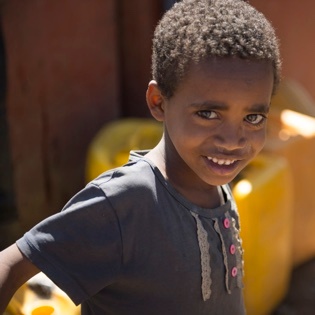 Back in 1979, at a home dedication in Zaire, Habitat founder Millard Fuller received a tithe donation of $200. That gift was used to launch a new Habitat affiliate in Guatemala. From that one gift, the entire Habitat tithe program started.

A tithe is a gift, usually based on a percent of income, that is given to support a broader mission. Traditionally, it was a gift given to a church, but Habitat adopted the concept to help support Habitat’s international mission to build a WORLD where EVERYONE has a decent place to live. Today the program is called the Global Impact Fund.

Impact 2020 is built on the belief that we need to multiply our impact locally, nationally, and internationally. It recognizes the need for quality, affordable shelter is so great, that simply continuing to do what we have traditionally done, is no longer sufficient.

You can increase the power of your gift by going on a Global Village Trip with Twin Cities Habitat. You’ll become immersed in a new culture, see sites you’ve never seen, build new friendships, and build a home alongside a future Habitat homeowner. In addition, you’ll be helping bring a WORLD where EVERYONE has a decent place one step closer to reality.

To learn more about how you can support Habitat’s global mission, check out the link below.