The History and Current State of Minnesota's Homeownership Gap

"Homeownership rates remain at historic lows, falling to 63% for the eighth consecutive year of decline and contributing to crowding and rising costs in the rental market."- Data from the CFED’s 2016 Assets & Opportunity Scorecard 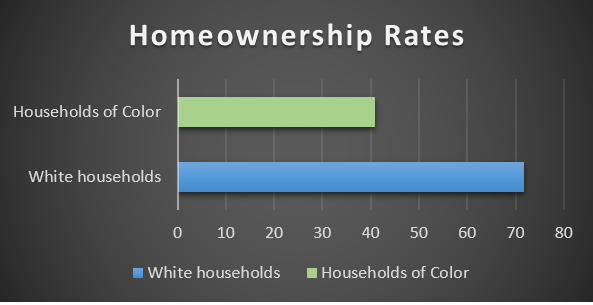 What Causes A Homeownership Gap to Occur?

To understand how this gap occurred, you need know a bit about the history of lending practices, both at the federal and state level. Beginning in the 1930s, the FHA and Home Owners Loan Corporation (HOLC) federal mortgage programs included race‐based rating systems that linked race and ethnicity to geographic risk in lending.

This lending practice promoted the segregation of neighborhoods:

Also during the 1930s, Minneapolis city leaders began concentrating public housing in North Minneapolis, which resulted in a system that favored homeownership for whites, and rentals for people of color. In the decades that followed, "white flight" to the suburbs and discriminatory and predatory lending practices drained resources from neighborhoods like North Minneapolis and St. Paul’s Frogtown/Rondo/East Side (two areas that are the focus of Habitat's Neighborhood Revitalization efforts today).

Improvements Followed By A Housing Crisis

These lending and neighborhood segregation practices laid the groundwork for the cyclical poverty that many families are battling today.  It wasn't until the The Fair Housing Act of 1968 that these discriminatory practices were made illegal. A new program called "Section 235" was implemented to improve homeownership opportunities for low-income families and households of color.

Unfortunately, years of unfair lending practices and neighborhood segregation created a gap in homeownership between whites and people of color. The gap has only increased with the financial devastation left behind by the most recent housing crisis.  The Minnesota Homeownership Center reports that "metro area neighborhoods where communities of color are the majority of residents, impacts of the foreclosure crisis continue to linger." 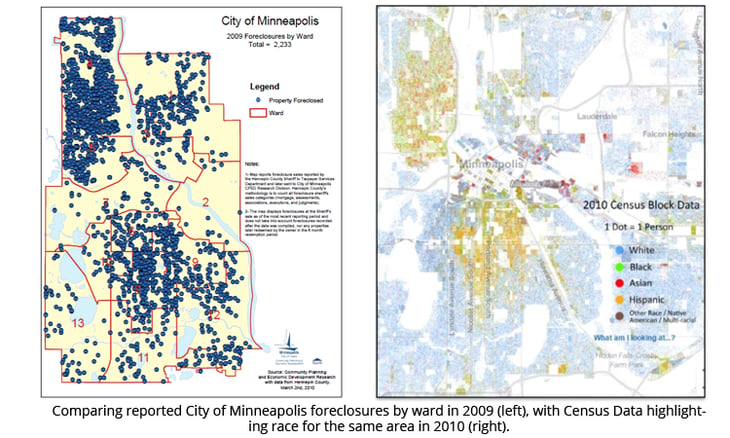 Add The Largest Financial Gap In The Nation

Another piece contributing to this disparity in homeownership rates is the financial gap (also called the racial wealth gap) between whites and people of color in Minnesota. MN Compass did a study that measured real income per capita and broke out the results based on race, which showed a clear (and large) difference in level of wealth.  Another national study found that Minnesota has the largest racial wealth gap in the entire nation.

A Big Problem That Will Require Many Solutions

As previously mentioned, many practices and events led to Minnesota's current homeownership situation, including:

Other factors that are contributing to the homeownership gap include access to credit, employment, and racism.

The issue of the homeownership gap is one that Habitat staff encounter on a regular basis. In fact, since 1990, roughly 93% of Twin Cities Habitat homeowners identify as households of color. While Habitat and other housing organizations definitely play a role in creating affordable homeownership opportunities, it will take more than just building homes to create real change statewide.

The road To Change

It is important to note that the issue of Minnesota's homeownership gap will not be solved overnight, or through the work of one person, one organization or one solution. It will require continued investment that supports the continuum of affordable housing across the state, ownership included. 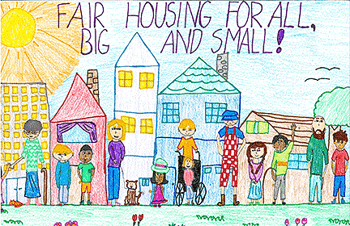 While Twin Cities Habitat strives to serve more families in the metro area, we know that this is not a problem that we can "build our way out of." That is why we continue to partner with other local organizations on the ground as part of our Neighborhood Revitalization efforts, and why we also partner with Homes For All, an alliance dedicated to collaborating on housing issues statewide. The alliance believes that investing in homeownership will continue to bring stability to families and equity to our communities.

To learn more about Habitat's work with Homes For All, follow the #homes4allmn hashtag on Twitter, or visit http://homesforallmn.org/.