You gave. Now Naja gives back.

On a hot summer day, you might find Naja out on a Habitat build site with her volunteer crew from Securian Financial. As she puts on her hard hat and gets to work on a table saw, she thinks about the kids who will one day live there. She envisions the yard where they’ll play, the dining room where they’ll share meals, the rooms where they’ll study.

She can see these scenes so clearly because she was one of those kids. Before Naja was born, her parents immigrated to the United States in the late 1980s. Her older sister was born in a refugee camp in Thailand, and Naja was the first of her siblings to be born in the United States.

Life in a completely new country was difficult, but Naja’s parents were determined to provide a better life for their children. They worked hard, often taking long hours at multiple jobs to make ends meet.

“We rented, and my parents would move because rent went up or our family got bigger,” Naja remembers. “My parents didn’t have as good of jobs back then and couldn’t afford a lot. A couple of the apartments had one bedroom and one bathroom.”

Naja’s parents had the potential to be great homeowners—if only they could find a stable, forever home that they could afford. Naja and her siblings had so much potential—but the stress of constantly uprooting and moving made everything that much more difficult.

When Naja’s parents found Twin Cities Habitat for Humanity, it seemed like their hard work was about to pay off. Naja was young, but she remembers her mom going off to put in her sweat equity hours. Naja’s brother remembers seeing their home when it was just walls and studs, and marveling at his parents raising the walls of their home alongside volunteers. They remember talking about their “forever home,” and the excitement built up as their move-in day approached.

“I remember coming to see the home for the first time and all the Habitat volunteers were there,” Naja says. “They were lined up on the sidewalk to welcome us into our new home. There were lots of smiles, lots of congratulations, lots of ‘thank-yous’ from us.” 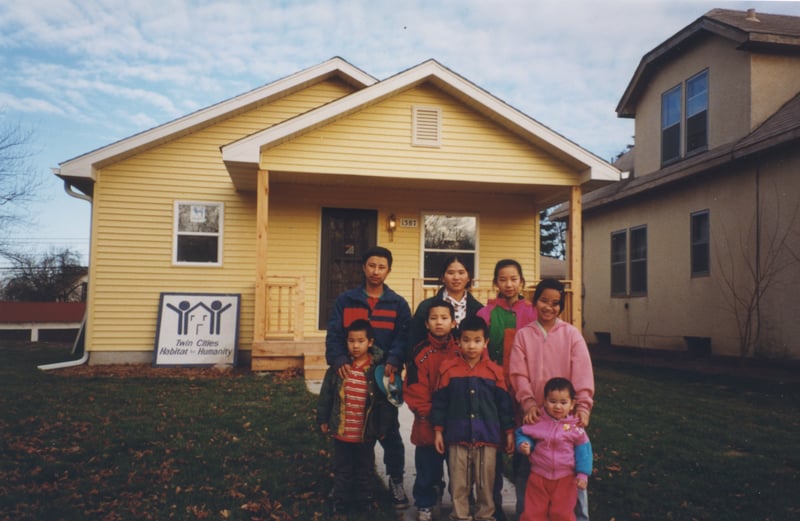 Once they moved in, Naja felt the difference. The financial stability of an affordable home allowed Naja’s parents to stop working around the clock. They could alternate shifts so that one parent was always home with the kids. Naja and her siblings started having friends over more. They had more space to study and play. And they grew more invested in the community.

“I truly believe that it takes a village to raise a child,” Naja says. “In Thailand and Laos, my parents always lived in a tight-knit community where you would watch over each other and help build the community up. You watch your neighbor’s kid, because you know them. I think having the strong connection deepens the relationship, and then you can have a strong support system. Everybody needs a good support system to go farther in their life.” 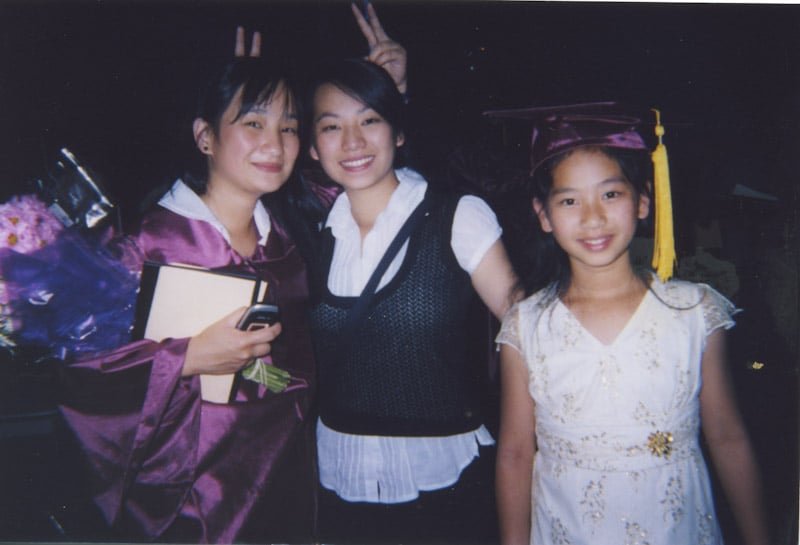 Naja’s support system started with the strong foundation of a stable Habitat home that her parents and Habitat supporters worked hard for. From there, she flourished. And she set a goal to follow in her parents’ footsteps.

“Knowing that my parents struggled so much—if they were able to buy a home, how could I not have done it also? If I couldn’t get a home, then I am not my mother’s daughter,” Naja said with a smile. “I was really determined.”

When Naja got married, she and her husband made the decision to buy a home of their own before they had children. Naja found a job she loved in advertising compliance at Securian Financial. They saved and planned carefully, and finally bought a home of their own. Now, their son (and future children) will only ever know the strength, security, and stability that comes with a forever home. 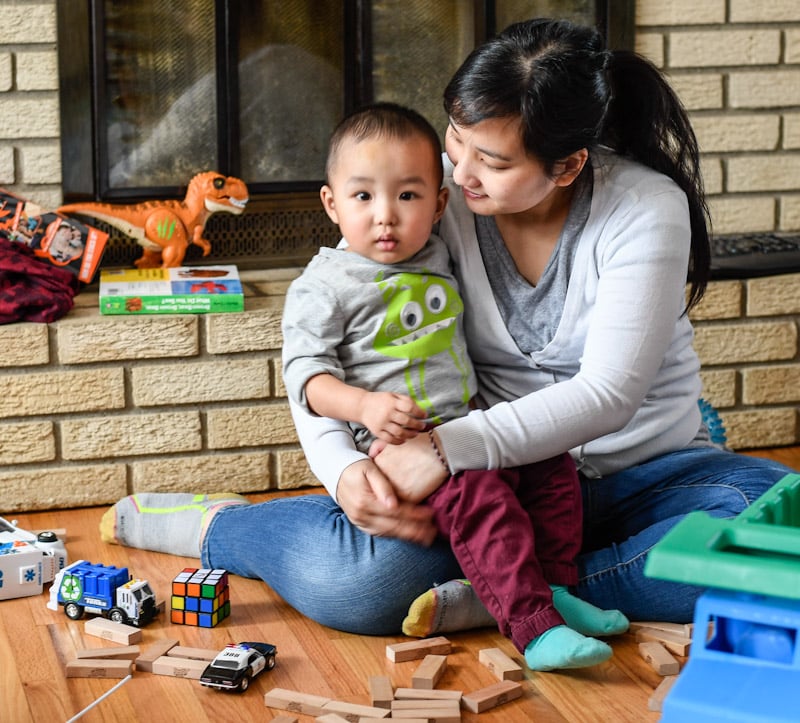 It comes full circle when Naja’s out on a Habitat build site, raising walls alongside volunteers and future Habitat homebuyers. Thousands of people have been impacted by a Twin Cities Habitat home—homeowners, their children, and their grandchildren. They’re our medical professionals, our teachers, our entrepreneurs. Every day they are out there making a difference in our community.

Thousands more are ready and eager to buy a home with Habitat. You can unlock all that potential with a gift to Habitat today.