On Thursday, August 21, volunteers, corporate sponsors, donors, and Habitat staff gathered on Sherburne Avenue in St. Paul to welcome Abdiwali Dhamuke and Ubah Ali into their new home. The house, originally constructed in 1890, was renovated to become a beautiful home for the family. Parents of six children, Abdiwali and Ubah look forward to a home large enough for their family and to becoming part of the neighborhood community. Among the family’s new neighbors are owners of two other Habitat homes. 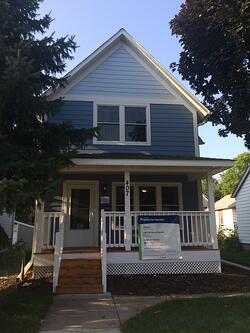 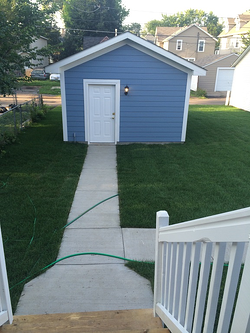 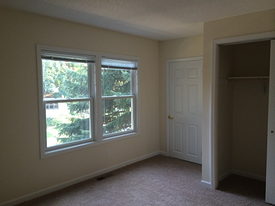 enjoys reading books, so they are happy that their new home is just blocks from the St. Paul Public Library. The children are excited to have rooms to decorate and plenty of space for activities.

Abdiwali and Ubah believe that the house is the foundation for their family. They look forward to having a basement in which to host family events and play with their kids. After settling in their new home, Abdiwali and Ubah’s next goal is to save for their children’s college education.

At the dedication, Susie Deshon, a volunteer for the Dedications Committee, thanked all those involved for their efforts and generosity that made possible the home’s completion. The family was presented with a framed Golden Rule with equivalent sayings from various belief communities to signify Habitat’s commitment to faith in action and interfaith collaboration. Abdiwali had an opportunity to express his excitement for his new home and his family’s gratitude for sponsors, volunteers, and Habitat for Humanity. 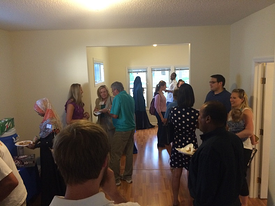 Sue Haigh, President & CEO of Twin Cities Habitat for Humanity, offered her well wishes with the family, acknowledging their courage in partnering with Habitat and working toward homeownership.

The site supervisor, Rhonda Thorson, shared stories about the home’s rehab and her interactions with the homebuyers. She explained that they began ripping out insulation during a freezing February, working hard to stay warm. They soon discovered that the house, originally built in 1890, had a few treasures to offer, including a newspaper article about the sinking of the Titanic and a fully intact calendar from 1906.

The Builder’s Circle, a Twin Cities Habitat leadership giving society for individuals who give $1,000 or more during the year, sponsored the home. Most Builder’s Circle members had an opportunity to volunteer at the site.