Day one of our build in Ethiopia was much like other Global Village builds I've been fortunate enough to attend, but that also means it had its own unique twists.

The common elements included the excitement and eagerness to finally get started with the actual build after countless hours traveling from multiple locations and numerous connections thru points in Europe and the Middle East; not to mention the couple of days spent acclimating to the new location and preparing for the work that was ahead of us.

The morning of day one is filled with palpable energy coupled with uncertainty of what the day will bring.  It is very unique relative to other days, because we don't really know what the site looks like nor who we will work with; whereas the remaining days have that part behind us, and heads are more focused on work and enjoying the sense of accomplishment each day brings.

Shortly after departing on the bus from the hotel, the uniqueness of this Ethiopia build began to unfold.  Apart from the sights out our window as we made our way thru a very busy morning rush hour in Addis and the stark contrast of modern buildings intertwined with extreme poverty, what really caught our attention is when we entered the area where our building site was located. It was shocking to see the conditions so many people considered home.  In our orientation we were told 80% of Addis (the country's largest city) is considered a “slum”—and this particular area is the largest of its kind in Addis. Amazingly, 70% of housing requires total replacement. Coupled with this, only about 20% of the population has access to improved sanitation. 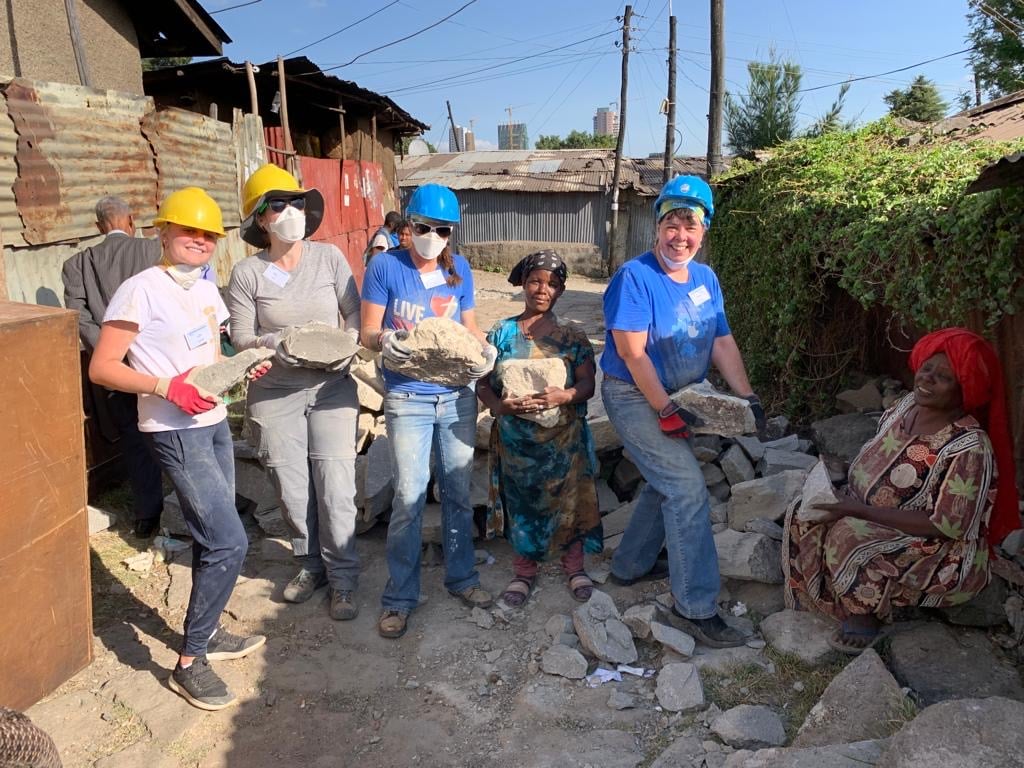 Once we arrived on the site, we quickly entered this shocking reality up close and personal.  We passed through many crumbling buildings and saw (and smelled) the open sewage that pervades the area to reach our build site: an open area with only the perimeter of a foundation where several “shanties” were leveled to prepare for our construction. The partner families with whom we will work the rest of the week—alongside contractors, Habitat staff, and police who would remain with us during our stay—were all there to welcome us.

After a warm and sincere welcome and the typical orientation and safety briefings, we divided into two groups and dove into the day's primary task of hauling in and hand placing large rocks that would form the base of the concrete floor we will pour in the next day or so, and also hauling out the rubble from the prior buildings.  It was very much manual labor, as we used a hauling device fashioned from wood and tin roofing materials. Despite the intensity of the work and our new surroundings, the team found its groove quickly and made incredible progress. I was impressed with the enthusiasm and level of effort from everyone. We knew why we were here and wanted to get as much done as soon as possible.  We have a nice mix of ages and experience on the team, but none of us do this type of work regularly, which makes the amount we accomplished all the more remarkable. 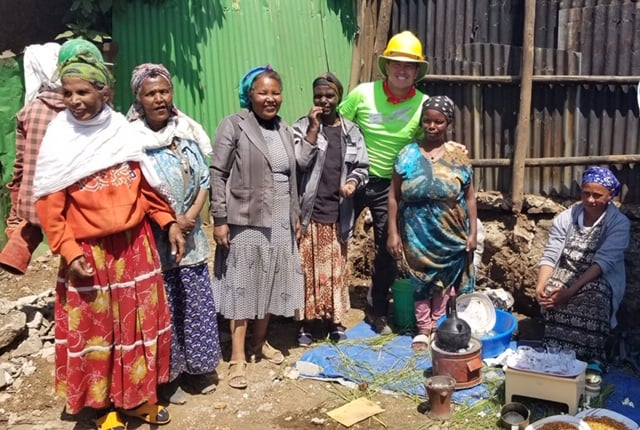 One of the highlights for me was the morning coffee ceremony, which some of the homeowners prepared for us in the beautiful Ethiopian tradition. It starts with slowly roasting raw coffee beans over a small, charcoal fire, then hand grinding the roasted beans, adding them into a special clay pot along with hot water. The combination of the three resulted in some of the best coffee I've ever tasted. They also prepared popcorn, a mixture of roasted barley and peanuts, and tea for those not interested in coffee. The ceremony includes serving the coffee in small cups poured individually before each person. This ritual is rich with symbolism and tradition. An entire blog could be written on just this topic. It was fantastic.

The coffee and tea recharged our batteries and powered us until it was time for our late lunch, which we took atop a nearby hotel that had an incredible of view of the city and beyond to the surrounding hills.  While dining and sharing experiences from the morning, we also were plotting ways of speeding up the work. I have to confess this included the idea of commandeering a couple of nearby donkeys to help with hauling materials! We were all ready to chip in money and have our local representative negotiate a sale. It was a light-hearted effort, but it showed the fatigue we developed from the morning's work.

After returning to the site for the afternoon, we fell right back into work while the contractors finished installing forms and rebar support assemblies necessary for the concrete that would soon follow.  I think I speak for the team when I say the highlight of the afternoon was the interaction with the people living in the area; some were working with us and some were simply passers-by along the narrow streets. It seemed the longer we were there and the more they saw our cheerful work, the more they felt comfortable interacting. A few people spoke some English, but most didn't. It's amazing how much can be communicated with gestures, etc. There were quite a few elderly women in the area, many chipping in to carry heavy rocks. I personally got an energy bump by the children who arrived after school finished for the day.

We were pretty beat when the day ended and we were more than ready for a shower and rest. Before leaving the site we took notice of the amount of work we accomplished since arriving that morning. It was very satisfying. Our tired souls were lifted once again as we headed back to the bus and loaded up for our departure. Many kids followed and played around with us, and in turn were followed by smiling parents.  This experience demonstrated another common element of our work in Ethiopia and other Global Village builds—we are doing far more than simply helping to build houses. We are building relationships and bridging cultures and economic divides. That is what keeps me coming back and why our team is here. We are blessed to be able to help, but we are also richly blessed in return by the partner families and others in the host community. 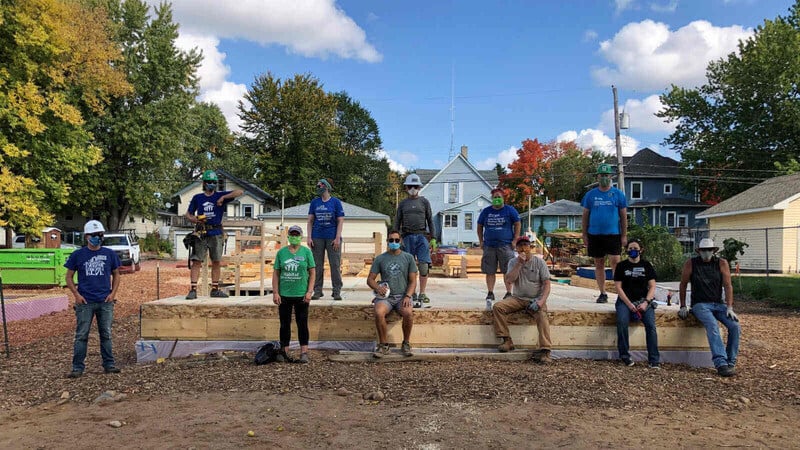 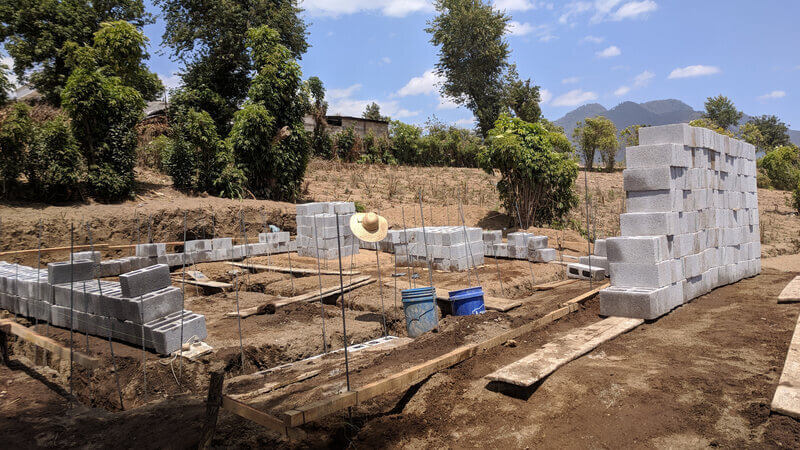 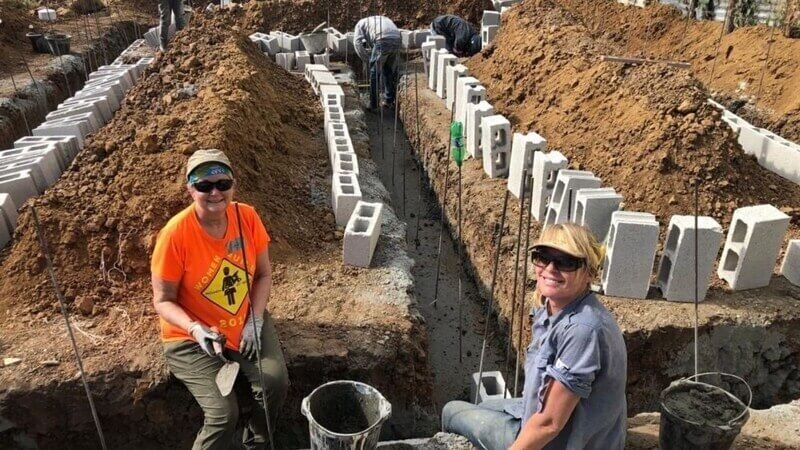 Global Village Dominican Republic: There are no strangers here

The reflection below is from our Global Village trip to the Dominican Republic last month. As of...