For Dave and Jane of Canetani Vacation Properties, giving back is almost always a fun, family affair. Whether they’re forging new relationships on a Habitat Global Village build, or playing giant jenga together at Habitat’s annual Hard Hat & Black Tie gala, there’s always fun to be had.

“If you can mix into the experience hard work, good work, and fun,” Dave said, “it’s the perfect package.”

Part of Dave and Jane’s eagerness for new experiences is that they have a knack for always looking on the bright side. Like when they recalled that they “didn’t love” their daily one-and-a-half-hour bumpy bus ride to and from their work site during a Costa Rica Global Village trip—but then Jane quickly added that the scenery on the ride was beautiful, and it left time for good conversation. Or when Dave had an earlier-than-expected retirement, and he framed it like this: “We couldn’t have scripted it any better—we were financially able to do it, and it forced me to make a decision I wasn’t willing to make.”

That decision, to retire in 2010, allowed Dave and Jane to start getting more involved in their community. And it led to the creation of Canetani Vacation Properties, a unique way for them to leverage their personal properties while giving back to the causes close to their hearts. Here’s how Canetani works: 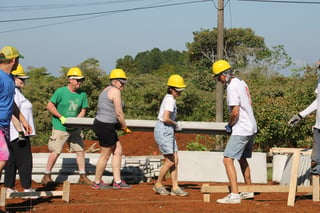 On top of financially supporting great causes, Dave and Jane were looking for more hands-on experiences. They had recently acquired their rental property in Costa Rica when they heard about a Habitat Global Village trip going there, and said “Hey! This works. This ties perfectly into us going to Costa Rica.”

That ability to mix traveling and building in Costa Rica was the hook, but the thing that kept them coming back—they’ll be on their fourth Global Village trip this year with two of their kids and their significant others—was the people they met along the way.

“When you get to our age,” Dave said, “you get to the point where you wonder if you’ll make any more friends. The eye-opening thing is that we met people on our Global Village trip that are now good friends who we love hanging out with.” 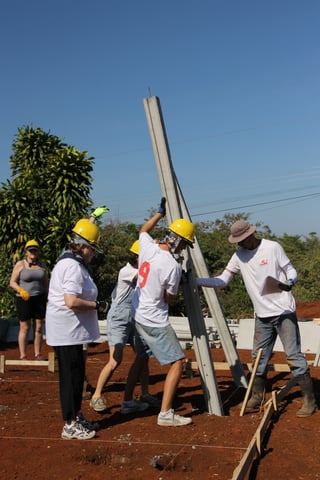 “We were septic system buddies!” Jane said, laughing as she recalled a hot day in Costa Rica spent digging a septic system pit with a fellow volunteer. “But we were a great team!” And, to this day, they’re still close friends.

Dave and Jane also loved building relationships with the Costa Rican parents and children working alongside them.

“One thing that really struck us,” Dave said, “was that the kids in Costa Rica were just as happy as the kids back home, even though the only thing they might have had was a soccer ball.” Kids came running whenever Jane’s septic system buddy started making balloon animals, and they were excited to see progress on their new homes.

Dave and Jane’s own kids have become Habitat supporters, too—they are an annual staple at the Hard Hat & Black Tie gala.  “They have a pretty good moral compass,” Dave said of his kids, smiling modestly. “We’ve prodded them along to be charitable.” And Dave and Jane have demonstrated by example that good work and fun can go hand-in-hand.

For Dave and Jane, home is a place where you can create memories as a family. First and foremost, they support Habitat to help more families build that kind of home together. And, on top of that, they believe in the people who make it happen.

“We know that people at Habitat are hard-working, friendly, dedicated, and committed,” Dave said, “that it’s more than just a job for them.” And the Habitat staff members who have had the pleasure of working with Dave and Jane feel the same way about them.

“Dave and Jane lead by example—and not just by ‘doing the work,’ but by bringing their energy and humor to the build site,” said Noah, Twin Cities Habitat’s Global Village Coordinator, who has gone on several Global Village trips with them. “They also bring their amazing children to share in these experiences, which tells me they’ve successfully shown their family the value of service. Each time we announce a new Global Village opportunity, I am constantly on the lookout for an email from Dave and Jane indicating they are up for another adventure!” 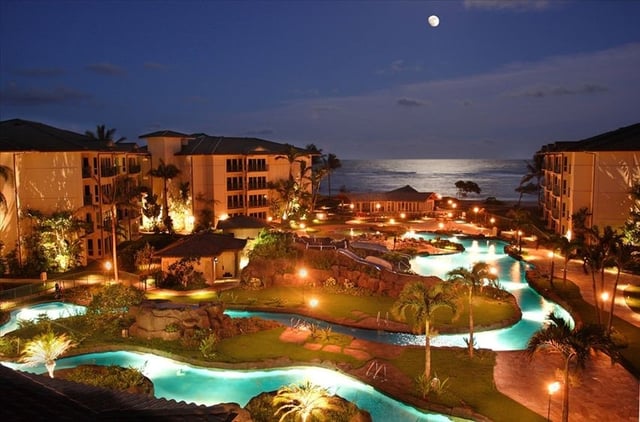 Don’t miss your chance to bid on Canetani’s Kauai, Hawaii property during the Hard Hat Black Tie live auction!  Learn more about Canetani’s Vacation Properties at Canetani.org, and if you mention “Habitat” when you book a vacation, they will designate all profits from your stay to Twin Cities Habitat for Humanity.