From AmeriCorps to Architect

“I’ve always had this motto for my life” Greg Rouse says, showing the word build tattooed across his right forearm: “Never stop building.” 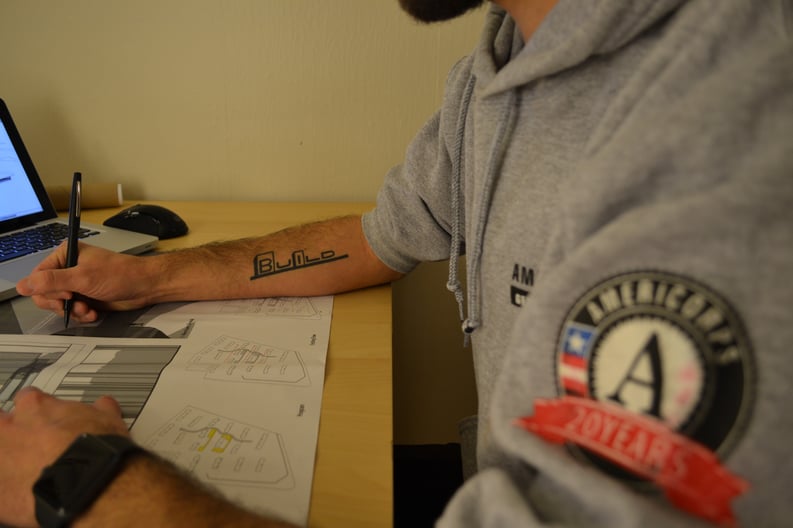 He started as a kid with legos, then carpentry as a teenager, then architecture in college. Next, he built homes for two years as an AmeriCorps member with Twin Cities Habitat. And now, he’s designing homes as a Masters of Architecture student at the University of Minnesota.

Greg’s frequently been told throughout grad school that the hands-on construction experience he received as an AmeriCorps member with Habitat would be invaluable for his career in architecture. And just as he taught volunteers how to build homes, he’s also taught his professors a thing or two.

“I had a discussion in class where there were 35 of us sitting there but I was the only one who had experience putting walls together,” Greg says. “The architect, my professor, was talking about the theory behind walls, and he starting asking me questions on the practice of putting walls together, and how we did it at Habitat and how it differs from other buildings. That was pretty cool.” 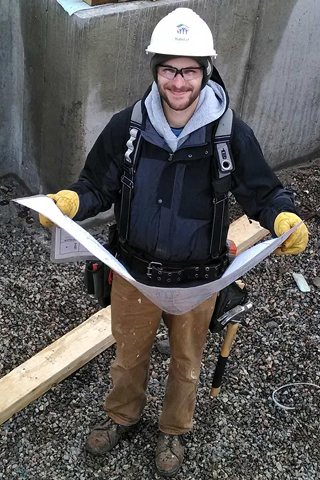 Greg was one of over 20 AmeriCorps members during each of his two years with Twin Cities Habitat, which has hosted hundreds of members since 1994. Members recruit, instruct, and lead thousands of volunteers each year. They are often the face of Habitat to the community, and they play an essential role in making the mission happen.

For Greg, the most challenging – but rewarding – part of his service was working with volunteers.

“Every day you went to work, you had no idea who the volunteers would be and what their capabilities would be,” Greg says. But soon they’d be working side-by-side, making progress on the home together, and it would lead to some sweet experiences.

“One time I worked with three women who were good friends, and they were loud and fun and great personalities,” Greg says. “One of them came back for the home dedication and found me and was like ‘what are we going to learn this time?’ She was super excited because shortly after installing this flooring on the Habitat home, one of her family members needed to put in new flooring, and she taught them how to do it.”

Some of Greg’s fondest memories come from building alongside the families who were buying the home. He recalls a mother who would buy the last home he worked on in Fridley—she had completed her sweat equity hours early, but still came back 2-3 times a week to build until it was finished. She wanted to learn as much as she could so that when she was a homeowner she’d be able to make repairs herself. And she felt it was right for her to put the extra work in, since she had the opportunity.

“I don’t ever remember working with a family who didn’t put 100% or more into their home,” Greg says.

Living Out the Mission 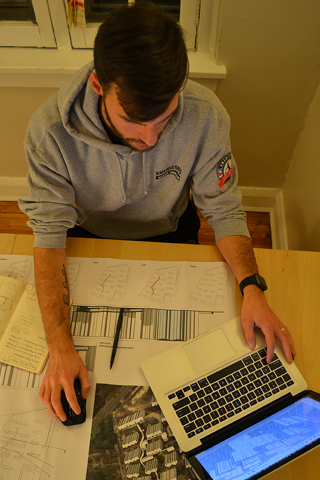 Part of Twin Cities Habitat’s mission is to make decent, affordable housing for all people a matter of conscience. That’s certainly been true for Greg.

“Giving this time to help people maybe did more good in my own life,” Greg says, “because it’s opened my eyes and made me constantly aware of what’s around me. Not everybody has equal opportunities. And that’s brought me to question where can I change that.”

One way he’s changing that is by bringing his awareness of the drastic need for affordable housing into his architecture. For his masters final project, Greg is designing flexible, affordable housing solutions in a St. Paul neighborhood.

“There’s a lot architects could do to make very efficient and yet beautiful homes. A home that not only provides a safe and secure place for new homeowners to live, but also is a place they can be incredibly proud of and makes them feel that they have a lot of dignity,” Greg says.

“If I could work for a firm that built affordable housing, that would be a job that would put a smile on my face every morning.”

This is what happens with Habitat AmeriCorps members. They spend anywhere from a summer to two years erecting walls, instructing volunteers, and painting alongside future homebuyers. But somewhere amidst the hammer swings and safety talks, they’re changed. Affordable shelter is forever a matter of conscience for them. Whether they go on to become Habitat site supervisors or architects, volunteer coordinators or advocates, they’ll always be building great things. 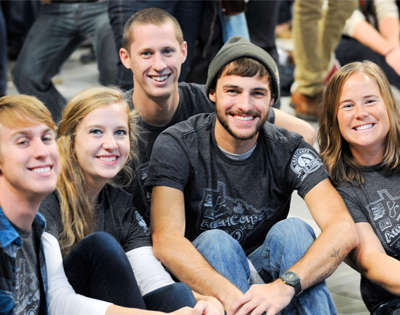