Kicking Off the 2017 Women Build Season

On Thursday, March 30th, new and returning Women Build volunteers and donors gathered together to celebrate the past 17 years Twin Cities Habitat has had a Women Build program and the start of the 2017 season. While enjoying the beer at Urban Growler, the first microbrewery in Minnesota owed by women, women from across the metro shared their stories and experiences with the Women Build program. 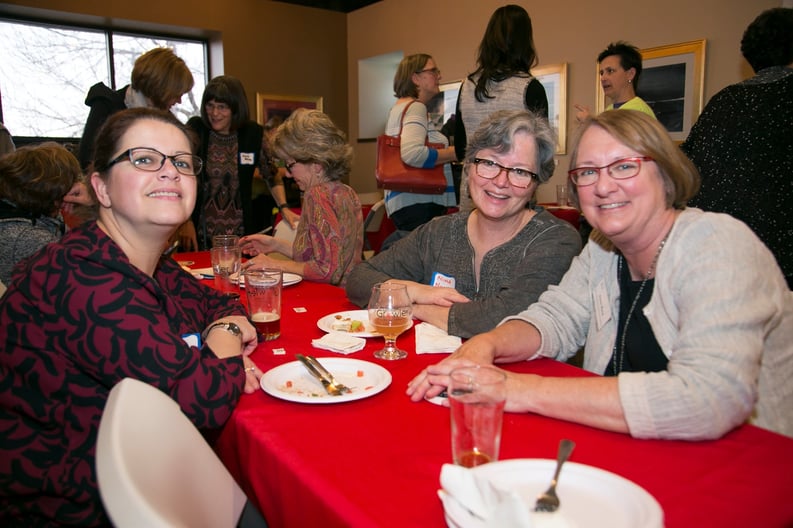 During the program, Manager of Volunteer and Constituent Programs, Anne Elliott-Thul, shared fond memories of the first Women Build day she organized the previous summer, emphasizing the diverse group of volunteers she was able to bring out to the build site. 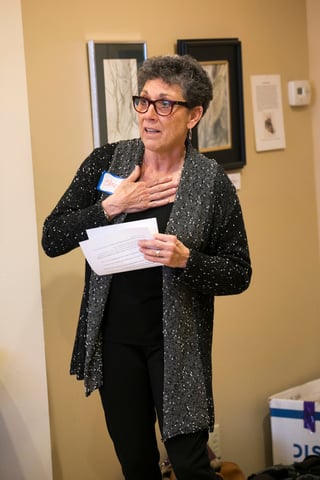 Women Build Steering Committee co-chairs Lori Dewey and Michelle Gierke thanked everyone for being there and for their role in combating the affordable housing shortage in Minnesota. They also recognized the Hugh J Andersen Foundation and Wells Fargo for their financial support of Women Build. Lori then told the group what 2017 has in store for Women Build:

The floor was then open for other Women Build volunteers to share their experiences. CJ Fitzsimons, Women Build Steering Committee member and long time volunteer, gave a plug for the Women Build Regular position, recognizing how flexible it can be and what a good role it is for anyone, whether they have construction experience or are hoping to learn more about homebuilding while they volunteer.

Past Steering Committee Chair, Sharon Pfeiffer talked about the impact Women Build has had on her life, stating, “Women Build has done so much more for me than I ever did for it”. She highlighted the joy that comes from learning something on-site or being able to teach another woman something new. 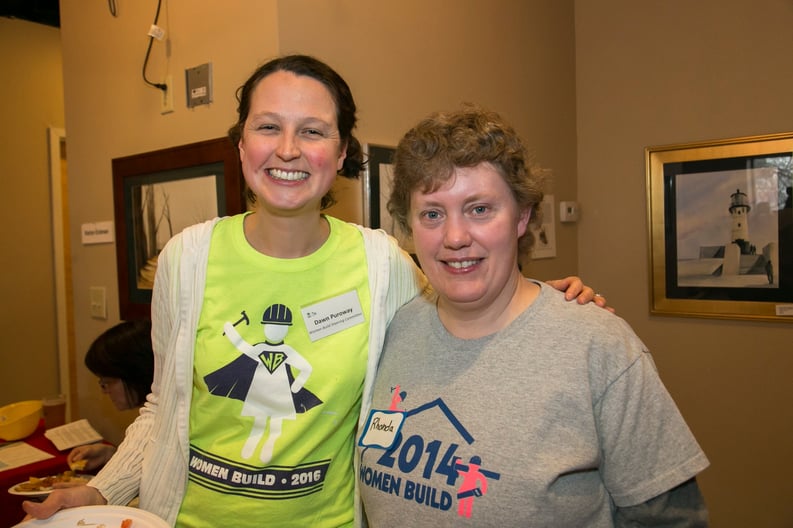 Current WBSC member Diane Blake told everyone to just get out there and do it, become a Team Leader! Whether you’re nervous about finding enough volunteers or raising enough money, it’s easier than it seems and you never know who will be willing to help. She emphasized the point by sharing an anecdote about running into an old friend and the grocery store, who she invited to build and who later became a Team Leader herself.

So take the cue from Diane, just get involved! No matter what your building or fundraising experience is, join us. Women Build is all about trying new things and learning new skills.

Missed the kick-off but wanting to get involved with Women Build? No problem! We’re still looking for Team Leaders, Women Build Regulars, and individual volunteers for summer 2017. Contact womenbuild@tchabitat.org for more information.