Homes and families are the foundation of successful communities. Affordable homeownership brings stability to families; it means parents can be ready for unexpected emergencies, kids can dream of attending college one day, and families can spend time together in a safe place. This stability—and the broader economic impact of homeownership—is the topic our Women of Habitat Hope Builders Luncheon on Tuesday, October 3 at the Minneapolis Hilton.

Dorothy Bridges, Senior Vice President at the Federal Reserve Bank of Minneapolis, will facilitate a panel discussion about economic empowerment through home with an emphasis on how affordable housing creates the opportunity for stability and economic independence for families. The panelists are:

Meet the moderator and panelists 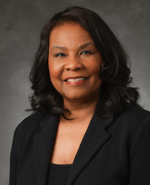 In her role, Dorothy Bridges leads the Federal Reserve Bank’s community development, regional outreach, government relations, the Center for Indian Country Development, and operations at the Helena Branch. Prior to joining the Bank in July 2011, Bridges served as President and CEO of City First Bank in Washington, D.C. and of Franklin National Bank in Minneapolis from 1999 to 2011.

A native of New Orleans, Louisiana, Bridges has more than 37 years of banking experience, much of it focused on community and small business lending and development markets. Known for her leadership in the community, Bridges has been involved with boards of several distinguished institutions. She currently serves on the Greater Twin Cities United Way board, the Minneapolis Parks Foundation board, and the University of Montana Foundation board of trustees.

The Washington Business Journal named Bridges one of Ten People to Watch, noting her for her work as an advocate for the poorest neighborhoods and the American Banker placed her in their 25 Women to Watch. Finance and Commerce also named her one of the Top Women in Finance. 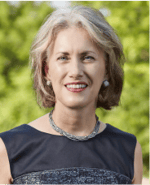 Jeanne Crain joined Bremer Financial Corporation in May 2012 and has more than 35 years of community banking experience. Bremer is a privately held, $12 billion regional financial services company which provides a comprehensive range of banking, wealth management, investment, trust, and insurance products and services throughout Minnesota, North Dakota, and Wisconsin.

Crain has a bachelor’s degree from the University of North Dakota and an MBA from Marquette University. Active in the community, Crain serves on the board of directors for the Greater Twin Cities United Way and the YMCA of the Greater Twin Cities. She is also a member of The Itasca Project, Minnesota Women’s Economic Roundtable, and served as the co-chair of the 2016 CEO Build for Twin Cities Habitat for Humanity. Earlier this year, Bremer and Twin Cities Habitat for Humanity initiated a historic mortgage partnership to finance up to 500 affordable mortgages for Habitat partner families through the Home Loan Impact Fund. 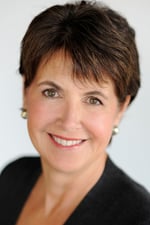 Karen Himle joined Thrivent in 2014 and is responsible for leading the communications, brand, community relations, government relations, and external relations functions of the organization. Immediately prior to Thrivent, Himle was Executive Vice President with the retained search firm DHR International.

Raised in Chicago, Illinois and Columbus, Nebraska, Himle manages a family farming business dating to 1882. She holds a BS in Business Administration and a JD from the University of Nebraska-Lincoln. Himle is currently pursuing an MA in Systematic Theology at Luther Seminary. Himle is a member of the board of directors of the Minnesota Orchestral Association, the University of Nebraska Foundation, and the Metropolitan Economic Development Association. Thrivent is the all-time top sponsor of Habitat for Humanity around the globe, engaging thousands of volunteers and contributing $226 million to Habitat programs worldwide.

Melendez serves as a member of The Conference Board’s Philanthropy and Engagement Council and the National Council on Foundations Corporate Advisory Group. She is active in the Twin Cities community serving on the boards of the Minnesota Council on Foundations, the Mill City Summer Opera, and Partners in Food Solutions. She also serves on the Super Bowl LII Legacy Fund Advisory Committee.

Melendez earned both her MBA and Bachelor’s Degree in Business Administration from the University of St. Thomas in St. Paul, MN. The General Mills Foundation has been a major partner for Twin Cities Habitat since 1992, sponsoring 26 homes with $2 million and more than 110,000 volunteer hours. 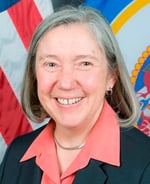 In 2011, Mary Tingerthal was appointed by Governor Mark Dayton as Commissioner of Minnesota Housing, which serves more than 70,000 families each year with a wide range of programs and has provided financing programs for affordable housing for the past 45 years.

Tingerthal spent the first decade of her career with Minnesota Housing, leading development of the agency’s innovative home improvement lending programs. She has previously served as President and CEO of the National Equity Fund, as a Managing Director for GMAC Residential Funding, and in senior management positions with the Housing Partnership Network, Community Reinvestment Fund, and the City of Saint Paul.

Commissioner Tingerthal is a member of the Community Advisory Council to the Federal Reserve Board and served on the Affordable Housing Advisory Council to Fannie Mae. She currently serves on the boards of the National Council of State Housing Agencies, National Housing Trust, and the National Community Investment Fund. She previously served as chair of the boards of Twin Cities Habitat for Humanity and of CommonBond Housing. She holds a Master’s Degree in Business from Stanford Graduate School of Business and a Bachelor of Arts Degree in Geography and Political Science from the University of Minnesota. Minnesota Housing has been a Twin Cities Habitat partner for nearly 20 years and played an important role in the creation of Habitat’s new Home Loan Impact Fund.