Energy filled the ballroom at Tuesday’s Women of Habitat Hope Builders Luncheon. More than 400 guests gathered at the Hilton Minneapolis for good food, fun company, and a conversation about housing, economics, and the empowerment of women. The program featured Twin Cities Habitat for Humanity President/CEO, Sue Haigh, Habitat homeowner, Buffy Moore, and a panel discussion moderated by Dorothy Bridges, Senior Vice President at the Federal Reserve Bank of Minneapolis. The fundraising luncheon—now in its 6th year—brought in a record $130,000+ to fund Twin Cities Habitat’s mission.

Buffy inspired guests with her remarks about the stability her home has brought to her family. Buffy purchased her home in 2003 after experiencing homelessness and living in shelters with her five young kids. Fourteen years later, Buffy’s children are grown. They stayed in one school district throughout their schooling. Most of them have moved out and some have started their own families.

But Buffy’s Habitat house is still home for them. When talking about her son who now lives in Burnsville, Buffy said “he still says he’s ‘coming home’ when he visits my house. It’s the place where he grew up and it’s the place that’s truly his home.” Since purchasing her home, Buffy has gone back to school, earned a bachelor’s degree, stayed in one workplace, and gotten a promotion. And Buffy is comforted knowing that, if hard times hit, her children and grandchildren will always have a safe, stable place to stay.

The panel discussion that followed provided additional context and data to Buffy’s moving story. Moderated by Dorothy Bridges, the panelists of women leaders in our community were: 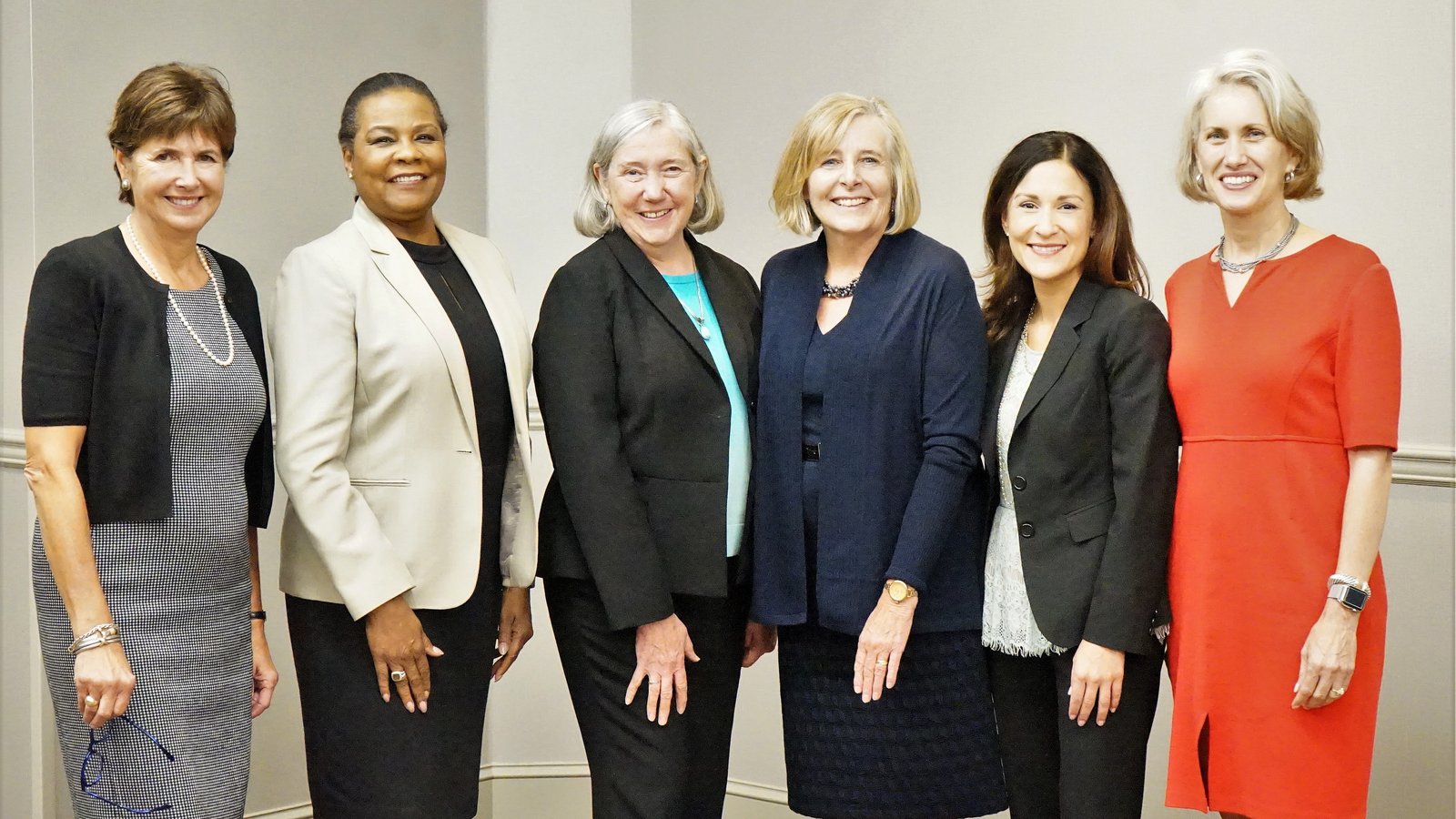 The panelists described homeownership as a foundation for regional growth and prosperity. Mary Jane Melendez said stable housing is “the backbone for a community” because it is a necessary ingredient for healthy communities and thriving businesses. She cited outcomes in the Jordan neighborhood of North Minneapolis, where General Mills has been volunteering and sponsoring homes for years through our Neighborhood Revitalization efforts.

Karen Himle added that stable homeownership contributes to economic mobility for families. Buffy is a great example. She has gotten a promotion and is more secure in her finances.

When asked about their organizations’ long-time partnerships with Habitat, panelists described the necessity of cross-sector collaboration to tackle our region’s biggest challenges—like the racial gap in homeownership. In the metro area, three of every four white families own a home compared to only one in four black families.

Dorothy Bridges shared that Minneapolis Federal Reserve Bank President Neel Kashkari led his organization to in creating the Opportunity & Inclusive Growth Institute to do world-class research about why disparities exist and persist. Commissioner Tingerthal added that Minnesota Housing is making strides to close the gap. Last year, Minnesota Housing supported 4,000 new first-time homeowners; one-third of them were households of color.

Commissioner Tingerthal shared why her agency is a long-time partner with Habitat. “When Twin Cities Habitat for Humanity says they’re going to do something—they deliver. And they deliver both houses and stable families.”

Jeanne Crain echoed the value of collaborating with Habitat, explaining how the Bremer-Habitat partnership has helped create many more homeownership opportunities. She said Bremer wanted to expand its mortgage opportunities for lower-income borrowers and that Twin Cities Habitat is “the right partner” for preparing homebuyers for success.

Partnership with Habitat is also fun. Mary Jane explained how much her company’s employees love to volunteer on a Habitat build site, adding that Twin Cities Habitat tops the long list of charitable organizations with which General Mills employees can volunteer.

Guests left the luncheon inspired by Buffy’s powerful remarks and energized by the panel discussion. We’re so grateful to our many sponsors and table hosts, including our Presenting Sponsor, Andersen Corporation. Thank you for your tremendous support of the Hope Builders Luncheon and our mission. And a very special thanks to our Luncheon Committee for putting this event together: Ann Senn (co-chair), Kim Welch (co-chair), Stephanie Becker, Mary Husband, Beth Jacob, and Jodi Mooney.