Racial equity and anti-racism are embedded in our mission, vision, and values. We strive to learn from our national and local history of racist housing policies as we build for the future. This Race & Housing blog series explores the past, offers solutions for the future, and highlights ways that you can take action.

Minneapolis recently updated its zoning code to be more inclusionary, but work remains before the City’s stated primary outcomes can be achieved. Twin Cities Habitat for Humanity supports amendments to further enable the construction of triplexes and to demonstrate flexibility in single-family and multi-family housing types. Allowing larger structure sizes and approving smaller lots for residential units are a couple ways this flexibility can be built into the zoning code, and inclusionary results will be realized.

If you’d like to stay informed on this topic, sign up to receive Action Alerts from Twin Cities Habitat! You’ll receive alerts related to local zoning issues, including ways you can take action to make the zoning code more inclusive. 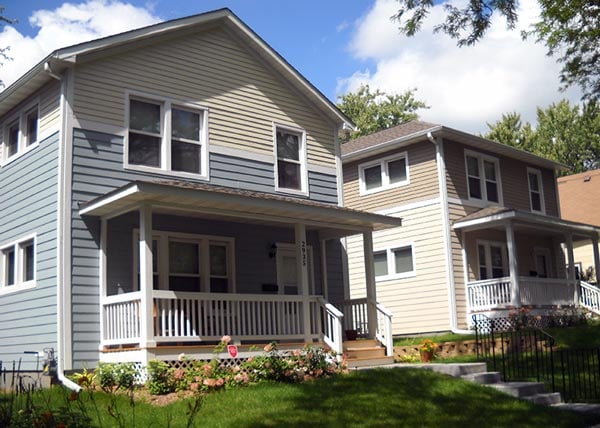 How the Minneapolis 2040 Plan Addresses Housing

The Minneapolis 2040 comprehensive plan was adopted last year, and spans topics from public health to transportation to parks. Twin Cities Habitat for Humanity was of course most interested in how the plan addressed affordable housing equity. Good news! Two of the many stated goals of Minneapolis 2040 are 1) increase population, which translates to greater density, and 2) increase access to affordable housing.

The primary way Minneapolis (and other cities in the metro area) can meet its housing goals is by making changes to the zoning code. In a nutshell, “zoning” refers to the regulations applied to a property by local government. Zoning codes restrict:

Historically, zoning codes have been used to perpetuate racial and income-class segregation and to restrict access to homeownership for people of color. For example, like many other U.S. cities, Minneapolis has dozens of neighborhoods where single family homes are the norm. Zoning code, particularly height and size restrictions, left some neighborhoods with smaller homes that only work for smaller nuclear families.

This is what is known now as an “exclusionary” zoning practice.

See other blogs from our Race & Housing Series to learn more about how housing policy has been used to uphold racism and inequality. 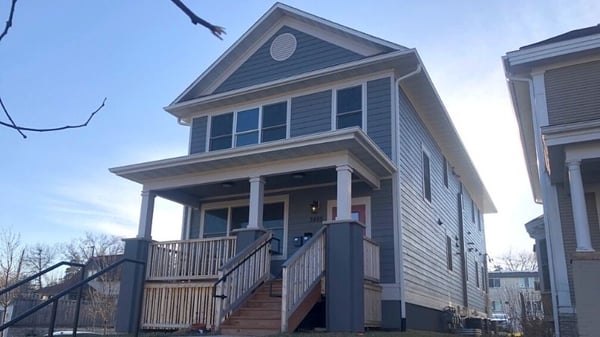 A triplex home, one of the few built in Minneapolis since the zoning code was updated.

Housing advocates and city officials are working to reverse the harmful effects of exclusionary zoning by making the zoning code more “inclusionary.” One step taken in 2019 was to allow developers to build structures with up to three units on lots that were previously restricted to single-family housing. (Initially up to 4 units were to be allowed, but this was reduced to three prior to adopting Minneapolis 2040.) This inclusionary measure was intended to increase affordable housing in areas where it was previously excluded.

But the shift to allow triplexes has fallen short in expanding affordable housing options because builders still face restrictions for total square footage of new homes. One proposed amendment that Habitat supports is to increase the maximum square footage of building footprints relative to their total lot area. This would enable homes that are better suited for larger families.

Additionally, the zoning code still includes a minimum size for lots to be considered “buildable.” Many lots in Minneapolis fall short of this minimum area, making them impossible to develop for affordable single-family homes.

It appears that this combination of the building size maximum and the buildable lot size minimum may be a real obstacle for developers who want to build triplexes. In the first year with the updated zoning code, Minneapolis issued very few permits for triplexes. Twin Cities Habitat has not built any triplexes since the change, in part due to these restrictions.

It’s clear that the seemingly simple goals of increasing density and access to affordable housing require complex, well-researched, and adaptable zoning code changes. Even adopting this type of inclusionary zoning, roundly viewed as a bold action by Minneapolis, is not enough to efficiently create the options desired. It takes more than just the best-laid zoning plans. 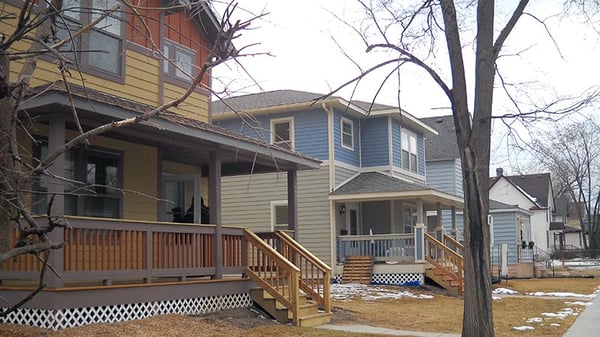 Minneapolis also provides financial incentives for developers to include affordable housing units in their plans. Initially, these incentives targeted larger buildings in already-dense areas. But the City has now opened up the incentive so two- and three-unit developments are eligible.

Ultimately, Habitat advocates for amendments to zoning and affordability measures that increase the potential housing options on any given lot. We hope these changes eliminate the unintended exclusion of residents based on racial, cultural, or socio-economic factors. However, the exclusionary codes that Minneapolis is turning away from are still prevalent in the region. We hope other cities and towns throughout the Twin Cities metro area will adopt inclusionary measures of their own.

Regardless of your home address, we encourage you to stay informed about upcoming zoning code revisions in your community. Often, cities will engage residents as they develop their comprehensive plan and implement zoning changes. You can make a difference by joining the conversation and advocating for zoning code reforms and financial incentives that lead to more inclusive, affordable housing!

Please also be sure to sign up for Habitat Advocacy Alerts so you can join us in future collective actions.

Sign up for Advocacy Alerts so you can take simple, effective, and collective action to expand access to affordable housing. 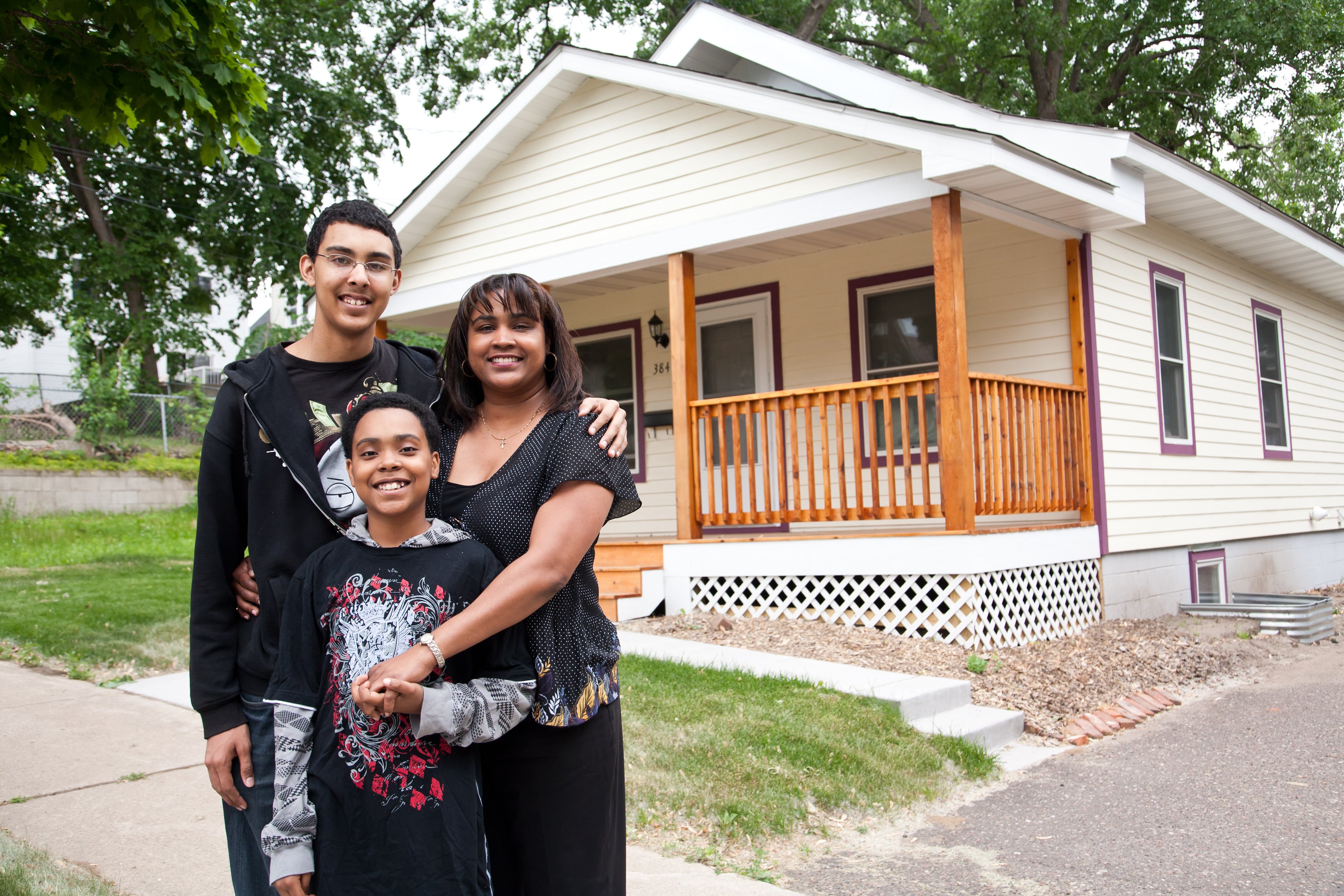 How to Build Generational Wealth Through Homeownership

Renting and owning a home is very different. When you rent an apartment or home, your rent becomes... 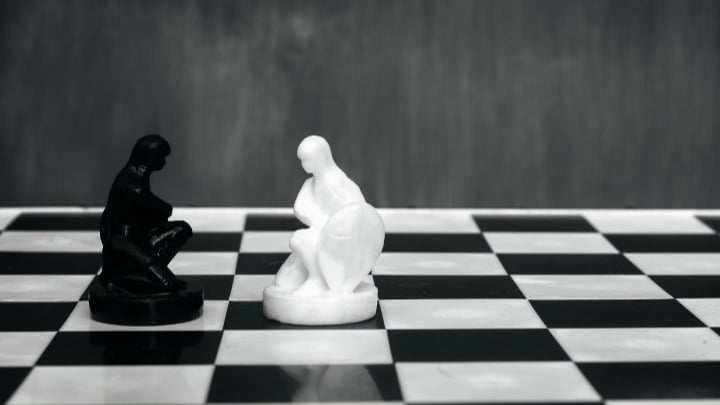