This story is written by Shereese Turner. She's our Senior Director of Programs & Services, and has worked at Habitat since 2018. 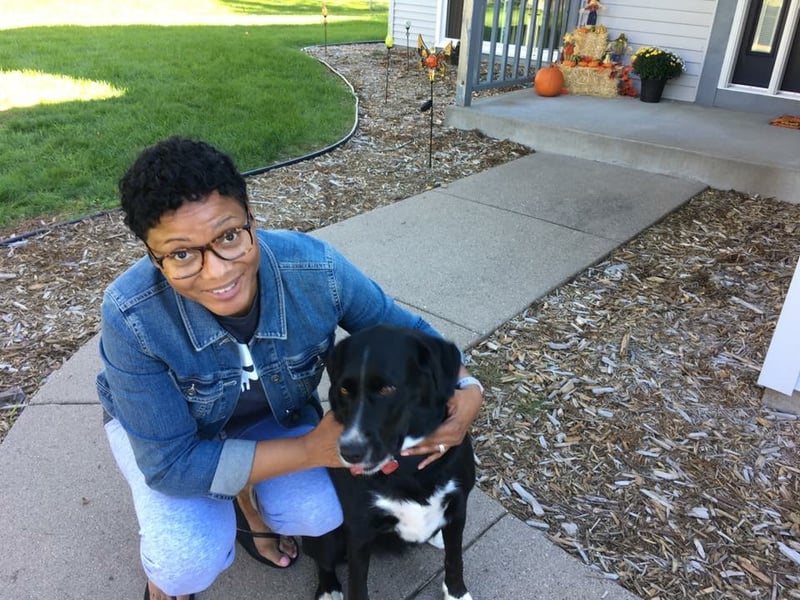 Shereese and her dog in her front yard.

I moved to Minneapolis from the Southside of Chicago with my three kids in the summer of 1995. I was basically fleeing a life of domestic abuse and hopelessness. At the time I had plenty of scars, despair, and grief, but I was determined to create a better life for my children.

After arriving in Minneapolis, the first place I went was Hennepin County Human Services to find out what support services I could receive. They placed me and my children in a shelter called St. Anne’s Shelter (I later would go on to volunteer there as a mentor and advocate for single moms and their children). After two months, I was able to find an apartment on the Northside of Minneapolis—it felt like a ton was lifted off my shoulders and my life began to transform from hopelessness to hope, from victim to victor. Bridging, Inc., helped me furnish my apartment, and to this day I still volunteer, currently as a Board of Director and Advocacy Committee Chair.

In the fall of 1995, I got my first job in Twin Cities at Norwest Banks (now Wells Fargo), and two years later I secured a job with another growing Fortune 500 company. As soon as I could, I wanted to buy a home of my own to provide a stable foundation for my children. In November of 1999, I purchased my first home in Brooklyn Park through the Northwest Community Revitalization Corporation, which helped renters in the Twin Cities buy their first homes (I served on their board as a community representative for a time, too). Their work wasn’t too different from what we’re doing here at Twin Cities Habitat.

I knew I wanted something more for my kids, and homeownership really set that foundation. After we moved in, my kids never had to worry about whether the lights would be on, or if we would have hot water. At the same time, as a single mom, I was a little afraid of being a first-time homeowner. If something broke, how would I fix it? Would I have enough money to fix it? I didn’t really have family here, and I had to figure it all out on my own. 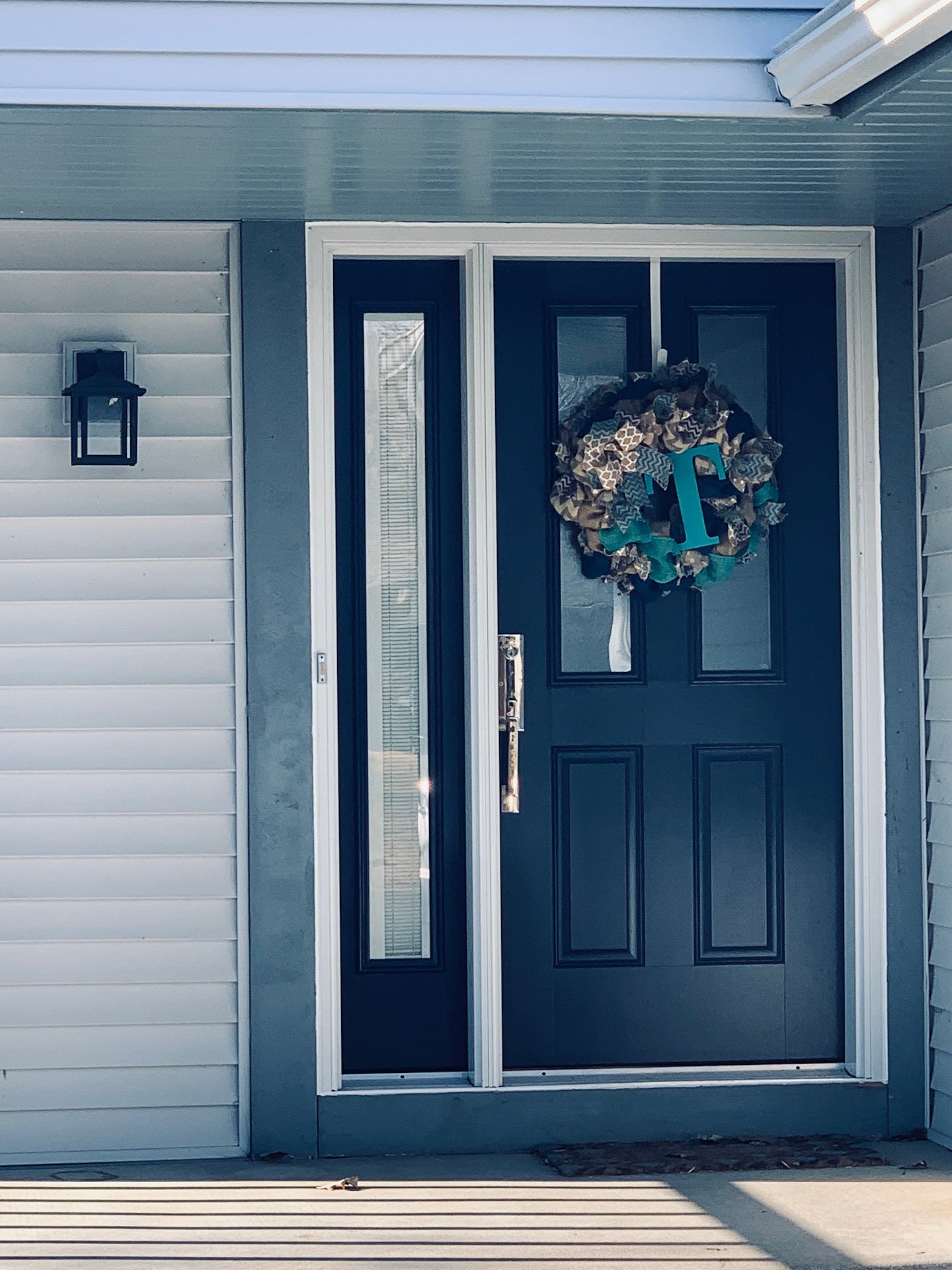 Over the years, I got to know my home better. I learned to sense when things aren’t going properly before they break. And my friends and I would exchange resources—like an electrician who could work out a payment plan with me, or a friend who was a handyman and wouldn’t charge me a whole lot for minor issues.

At work, in 2007 my division was relocated to North Carolina. My top priority was my kids, and I didn’t want to uproot them. So, I took my severance package, and had the opportunity to focus on volunteering for a few months. During that time, I was introduced to Twin Cities RISE, and over the course of a month I went from volunteering to being offered a full-time job. I began as a Work Skills Coach, and I worked my way up to become their Senior Program Director.

After 11 ½ years, I decided to embark on a journey and decided to come to Twin Cities Habitat for Humanity as Senior Director of Programs & Services. I’m proud of where I am, where I come from, and I take nothing for granted because I know the sacrifices I had to make to take a chance for something better. This work is no small task and I realize how stressful things can be and understand how valuable it is to approach this work with my old self in mind. To treat everyone with dignity, respect, be an effective listener and never assume I’d know what’s best for the next person.

“Life is a great teacher and every mistake has something to offer.” None of us are perfect. I live my life believing if I stumble today there’s always tomorrow to try again. This is my personal mantra.

I met my husband in 2007 and in 2009 we married.  We both decided to sell our homes to purchase a home together in Brooklyn Park the same year. Today, my kids are out of the home. My oldest went to college, and now he travels the world as a professional Muay Thai and Kickboxer with his wife and they just had a new baby on April 3! My middle child was in college but wasn’t sure what he wanted to do—he just knew he didn’t want to work in an office. So, he decided to join the military instead, and now he’s a Sergeant in the U.S. Marine Corps, married with a stepdaughter. (Traveling has become kind of a competition between my kids—my oldest son has traveled to five of the seven continents, but my middle son has traveled to six of the seven!) My daughter is a St. Kate’s graduate and works locally as a social worker at a chemical dependency treatment facility, and I commend her for stepping into that space. 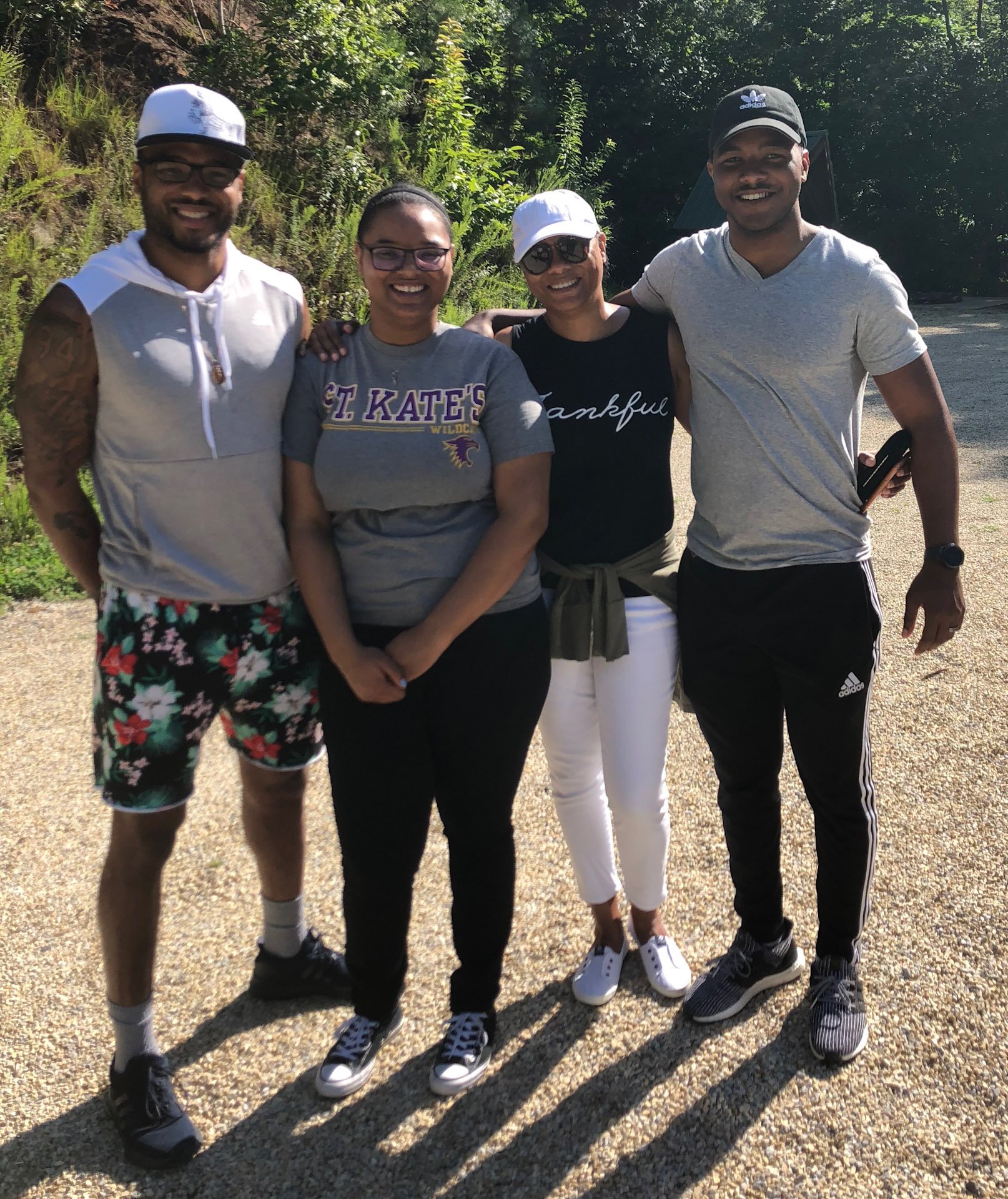 Shereese with her three children.

When I look at my three kids, they all have different paths. And I must tie that back to homeownership—to the firm foundation I was able to create for them. Our home provided them with safety, individuality, and support. It’s what grounded all of us. We hosted friends, we broke a lot of bread with family, and we knew we could always have a crutch to fall back on if needed.

Homeownership afforded opportunities for my children that I didn’t have growing up. It allowed their curious minds to really blossom. It afforded them the space to dig into their own personal selves. It allowed for my kids to build friendships. And when they were going out into the world, it was never a question of can or can’t for them. Homeownership gave them the means to do whatever it is that they wanted to do—anything was possible. Our home was a resource for us.

At the end of the day, what does home mean to me? It means family. It’s not just about the walls and the roof, it’s what you make of it. And for us, home meant building a dynamic family where my kids will have the opportunity to build their own dynamic families, however they want to. And that’s exactly what we’re doing here at Habitat, too.