A recent visit to a Habitat home build in Bloomington illuminates the strong public-private partnership that makes Twin Cities Habitat for Humanity so successful.  Congressman Erik Paulsen met with staff and volunteers at the Bloomington Entrepreneurs House during the August Congressional Recess, and received an informative and entertaining tour from Site Supervisor David Michaelson and AmeriCorps Isaac Mathison-Bowie. The “E- House” is a community service project that brings together companies, investment firms, and other businesses serving the entrepreneurial community to build a home with Twin Cities Habitat and a homebuyer family.

Volunteers from Roost Real Estate and State Farm (below) described their motivation to “give back” to the community as successful businesses, and their excitement to be able to work alongside families who would soon make the house a home. 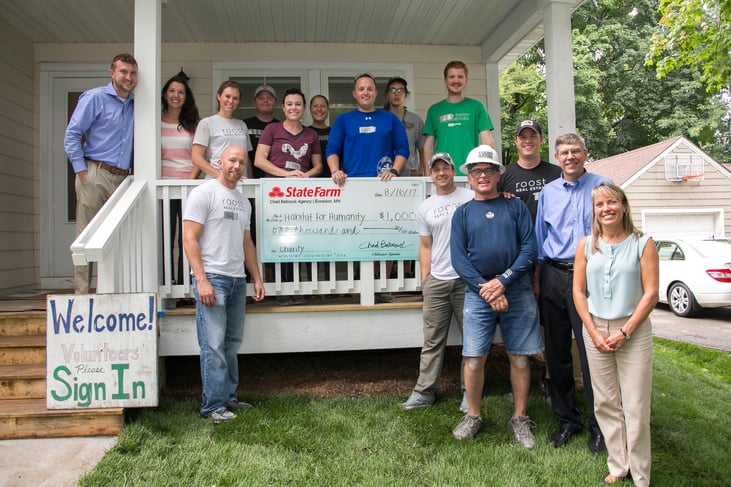 Congressman Paulsen engaged in conversation with staff about drastic proposed cuts to critical federal funding for Habitat within the Housing and Urban Development HUD) budget--HOME, CDBG and SHOP; and the AmeriCorps program within the federal Corporation for National and Community Service budget. 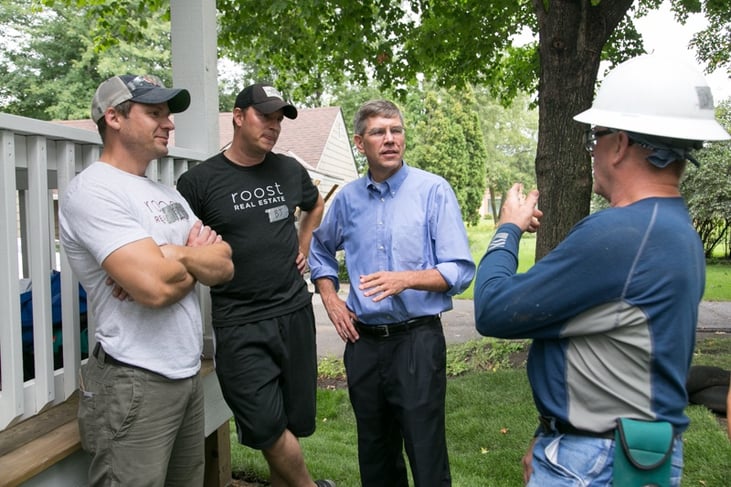 Over this summer, Twin Cities Habitat’s Advocacy program staff have joined statewide and national partners to call attention to proposed elimination of all federal sources of funding for Habitat within the President’s proposed budget, and has engaged Habitat Heroes in a campaign to contact Minnesota’s Congressional delegation to urge their continued support for resources that have demonstrated a strong return-on-investment over the years.  Just under $1 million in federal HUD funding is leverage by Habitat to create an $11 million impact on affordable housing each year!  Just under $240,000 in AmeriCorps federal funding leverages 14,000 volunteers and serves 144 families. 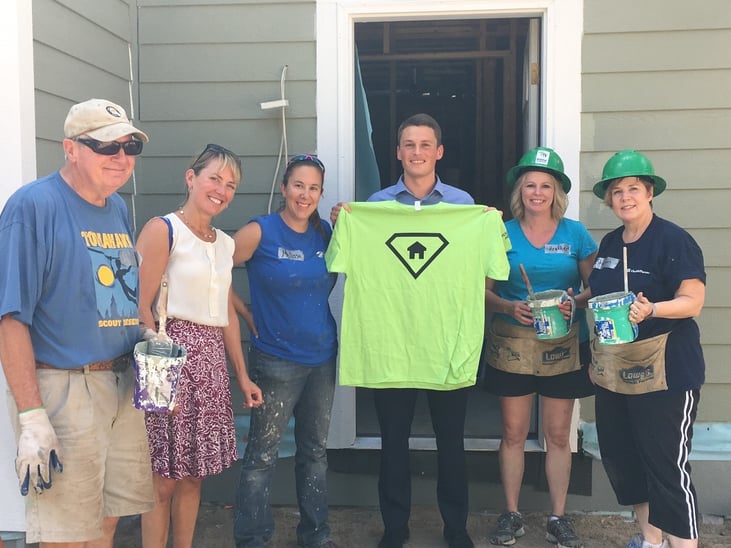 Marek met with Habitat volunteers at the site, who described their years of commitment to Habitat and the dramatic impact they have experienced personally when families are matched with the homes they helped to build.  He learned about the role that Habitat Heroes play in communicating with their elected leaders at the state and federal level about their support for Habitat for Humanity, and welcomed this communication from constituents.

Congresswoman Betty McCollum also visited Twin Cities Habitat offices this summer to hear about new developments at Twin Cities Habitat and how she could assist with support for our efforts at the federal level.  She learned about homeowners within her Fourth Congressional District who contributed $1.8 million in property taxes in 2016. 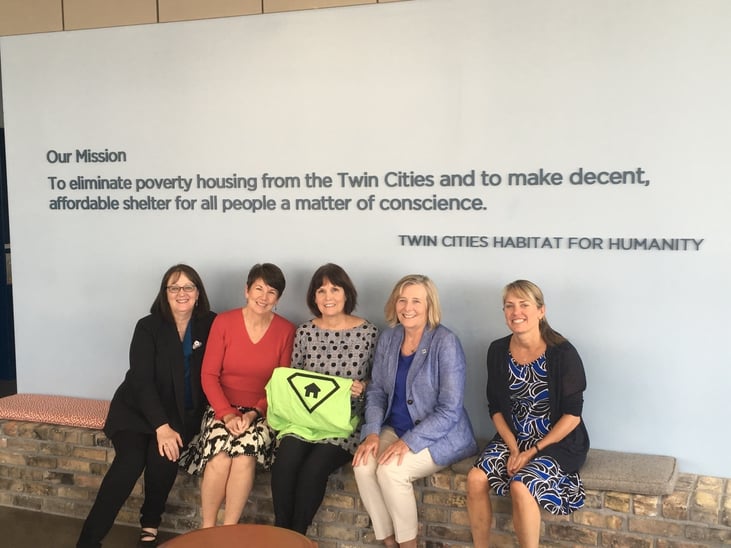 These summertime visits with Minnesota Congressional delegation will continue through early September, and present wonderful opportunities to demonstrate the strong return on investment realized by federal resources dedicated to Habitat for Humanity.  We continue to invite Habitat volunteers, supporters, and partners to contact your elected leaders to let them know that you are a Habitat supporter and ask their protection of resources that help make Habitat homeownership possible.

Many Habitat Heroes have already joined in this call to action, yielding positive results in concert with national efforts.  Proposed elimination of all federal sources of funding to Habitat for Humanity within the President’s budget have not been adopted by House and Senate policymakers.  Instead, HUD funding through the SHOP, CDBG and HOME programs were level funded or received slight reductions within Appropriation bills, and AmeriCorps funding was also level funded.

Click here to send a message today!  You can also visit www.tchabitat.org/advocacy to receive updates and action alerts on state and federal policy.