What is Homes for All? 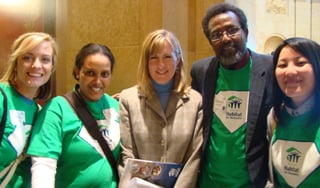 If you’re anything like me, the word “advocacy” might seem unfamiliar, confusing and downright intimidating. When I first started working at Habitat, the idea of becoming an advocate was something I was ambivalent about. I had the notion that in order to become an advocate, I had to be well-versed in current events, and an expert when it came to politics. But that all changed when I was introduced to Habitat’s advocacy work and Homes for All. They provided the education and resources for me to take action – and made it as simple as sending a postcard, making a phone call, and visiting the capitol with a group of like-minded friends. (Okay, okay, I admit it – I waited until after hours to make my phone call and left a message. But I still did it!) Through these actions, I not only became a Habitat Housing Hero – I was also educated on important housing topics, and witnessed first-hand what a difference every voice can make.

Homes for Allis an alliance of more than 165 organizations across the state that come together to collaborate to work on housing issues statewide. Formally created in 2011 with a handful of organizations, the alliance grew to include both housing developers and housing service providers – two groups that historically were at odds with one another. By bringing these parties together, Homes for All is able to work on issues that affect the entire housing continuum – from homeless shelters, supportive services to homeownership – in a thoughtful and collaborative way. 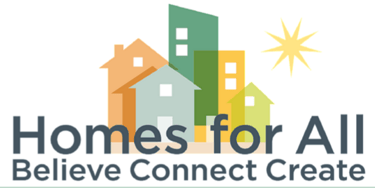 Another goal of the alliance is to support the entire continuum of housing by engaging communities who may not traditionally be involved in housing work (such as healthcare or school districts), and by outlining a plan to raise money and allocate resources to ensure housing affordability in Minnesota.

“At Habitat, we recognize that we cannot build our way out of this problem,” said Rebecca Lucero, Policy and Advocacy Manager at Twin Cities Habitat. “Habitat for Humanity offers one of the solutions, and we want to be a part of building vibrant communities. In order to do that, we need more solutions.”

In addition to bringing housing developers and housing service providers together, Homes for All works to coordinate legislative efforts to enhance efficiency, and increase the profile of housing in state and local elections.

“It is important that we are making sure that our city and state are making smart investments,” Rebecca said. “There’s a great return on investment in housing.”

More recently, Homes for All and Housing Heroes worked to prevent cuts to the Challenge Fund, which provides resources to create new housing that is affordable for lower income households throughout Minnesota. According to Rebecca, the Housing Heroes “stepped up in a big way to protect the fund.”

So what can YOU do right now to make a difference? 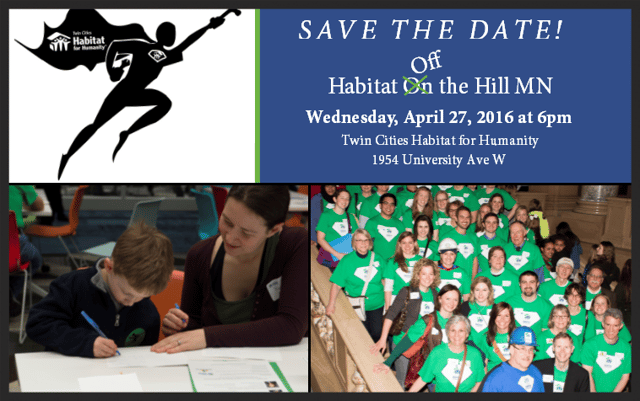 Thank you for supporting affordable housing in Minnesota!