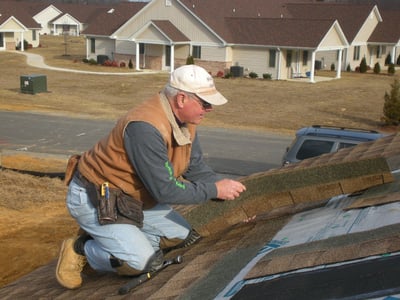 For years, Bob had enjoyed doing home repairs, maintenance, and remodeling on his own home. Never one to sit still, he began volunteering regularly with Habitat for Humanity of Collier County in Naples, Florida, immediately after retiring there in 1998. In the summers, Bob and his wife would stay at their cabin in northwest Wisconsin, and he would volunteer at the Washburn County affiliate there, too.

Bob kept wanting to do more, and soon his volunteering was like a full-time job. He spent several days on site and several days in the office every week. He even joined the Board of Directors and held leadership roles. They spent eight years in Naples.

Then, they moved to Fredericksburg, Virginia, for eight years, to be close to grandkids. It was a much smaller affiliate than Collier County, with plenty of ways to get involved. Bob began volunteering regularly, then again joined the Board of Directors. Eventually, he became Vice President of Resource Development, and then President for the last year they lived there. Bob’s wife also managed the ReStore, as a volunteer, for two years when they lived in Fredericksburg. 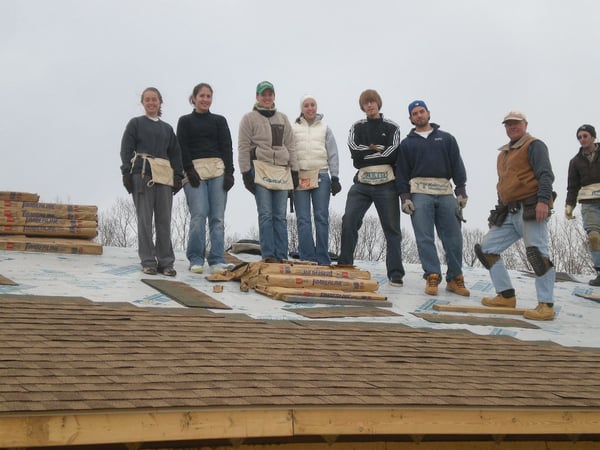 Bob helping students from University of Mary Washington learn how to shingle a house in Fredericksburg, VA.

Recently they moved back to the Twin Cities to be near some of their younger grandkids, and he got back into volunteering with Habitat last fall. He now volunteers a few days a week, and recently attended our annual Habitat on the Hill – Minnesota advocacy day.

Bob’s learned a few things volunteering with Habitat affiliates across the country.

“It’s not just about pounding nails—it’s about a good experience,” he says. “It’s a good opportunity to learn.” Bob learned a lot by volunteering at Habitat alongside professional contractors. He’s seeking out ways to learn more, but now he’s also able to teach skills to newer volunteers. His main goals are to build quality homes for the families who will live there, and also to provide a great volunteer experience. 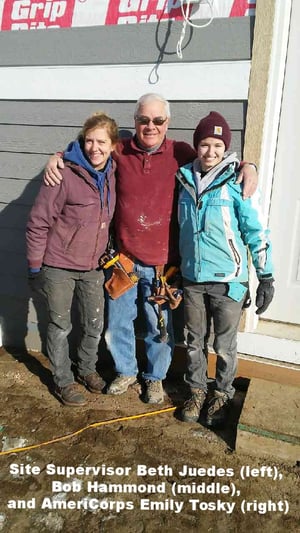 Bob volunteered alongside AmeriCorps Member Emily Tosky in Blaine for a while, and she really appreciated having him on site.

“Bob’s an incredibly kind man,” Emily says. “He was really patient and always happy to help and teach no matter what project we were working on. If we could have packed him up and taken him with us to our new site in Bloomington, we would have.”

Bob is very complimentary of all the Twin Cities Habitat staff and AmeriCorps Members he’s worked with so far. He’s also had the joy of working alongside Habitat homebuyers many times, including recently at his build site in Blaine.

One particular memory sticks out from a home dedication in Florida for one of the homes he had worked on.

“When I went to the door, a little girl – maybe eight or nine, big smile on her face – asked me if I wanted a tour,” Bob begins. “She took me through the house, pointed out the new fixtures and cupboards, the living room where the family spends a lot of time. She showed me the bathroom and said, ‘the shower works all the time!’ She showed her parents’ bedroom and her brothers’ bedroom. Then she brought me across the hall to the last room, walked in, turned around, and said, with a big smile, ‘and this is my room!’ She was very proud that she had her own room and her own space.”

When Bob’s not volunteering with Twin Cities Habitat, he’s volunteering two days a week with Eagles Healing Nest Anoka. They’re currently working to renovate old, deteriorated hospital buildings in Anoka into housing for homeless veterans. Bob’s a veteran himself; he served five years of active duty in the Navy, and spent almost 25 years in the Navy Reserves. On his first day volunteering in Blaine, he actually met a fellow veteran—he told her about Eagles Healing Nest and she now volunteers there, too.

For Bob, volunteering allows him to stay active, meet new people, learn new things, and, most importantly, to make a difference for a mission he’s passionate about.

“I do it for the children—they are impacted the most by a new home,” Bob says. “It makes the biggest positive impact throughout their life.”