Barry Mason has long been a dedicated volunteer at Twin Cities Habitat for Humanity. He and his wife, Sharon, first got involved with Habitat through their church. They liked Habitat's principles and the impact of providing homeownership and stability to families.

After a while Barry started volunteering more and increased his financial commitment to the organization, eventually serving on the Board of Directors. Barry went on to serve as Board Chair for two years.

Barry and Sharon have participated in several Global Village trips over the years. Barry says he loves doing work in the community that keeps him active and social. Sharon is deeply involved in our policy and advocacy work. 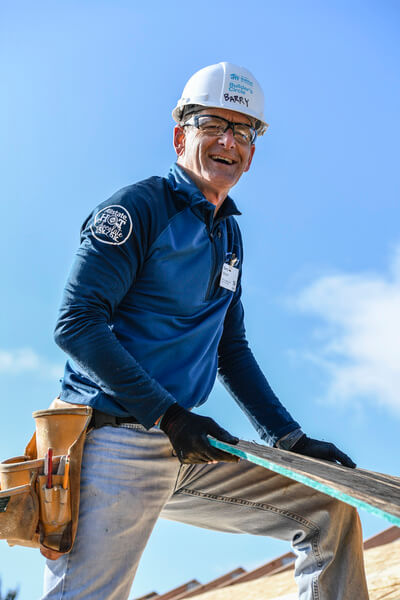 Once he retired two years ago from a nearly 40-year career in sales and marketing for a technology company, Barry started the Third Act regular volunteer crew in February 2019. The name comes from the concept of a three-act play, instead using three stages of life. The First Act is the Educational/Personal Growth Act, the Second Act is the Professional Act, and the Third Act is the Post-Professional/Retirement Act.

Barry’s goal with Third Act was to jumpstart a new regular crew with younger members (aged around 50-60). He also wanted to provide the opportunity for new retirees to have a schedule and a purpose for their day-to-day life after their careers. This also reduces the social isolation that can be difficult after retirement.

The first time Third Act worked together was at the panel plant. This is where volunteers build pre-fabricated walls to be used at homes that will be under construction in the warmer months. This was a great first project for the crew, since it let everyone work inside and away from the cold of mid-winter. Four people worked on a single panel together, which offered the chance to get to know one another.

Physically putting the pieces of wood together and moving around helped foster an enthusiastic environment. Also, the time spent chatting together during lunch breaks and at the end of the day helped build strong bonds between the volunteers. The group even started going to a new craft brewery after each build day!

One of Barry’s favorite things about working with the crew is seeing them develop new skills and build new experiences.

Third Act volunteers working on a wall. (Photo taken prior to COVID-19)

One of the goals for this year was to expand the group so they could volunteer once a week instead of every other week. However, volunteer recruitment is currently on hold due to COVID-19 precautions. While there was some decline in the number of active volunteers with Third Act due to the pandemic, throughout most of the summer and fall they still had around six to eight people regularly show up to volunteer, following Habitat's COVID-19 safety precautions.

Since Barry started volunteering with Twin Cities Habitat, he’s seen many changes to how things work. One that most directly involves Third Act is better safety standards – more things are contracted out now for safety reasons, and the peace of mind plus the experience of the contractors helps to keep things on schedule. Barry has also seen the addition of many projects that didn’t exist before, such as the mortgage foreclosure prevention program, neighborhood revitalization, and the option for families to buy a home on the open market. This means that Habitat can more than double the number of families served and families can buy any home for sale in any neighborhood in the metro area, not just the homes that Habitat builds.

Volunteering with a housing nonprofit has given Barry the chance to explore what it means to be human. He said that no matter where he went with Habitat – Minneapolis, Atlanta, around the world with Global Village – everyone wants a safe place for their child to grow up, stability, and a place to call their own. He said that getting to work directly with homeowners in a variety of circumstances helps change what you want to do and who you want to become.

“We really believe that stable homeownership and stable housing gives people that leg to do so many other great things. So we really take that to heart – that housing and hunger have to be at the beginning of things or people cannot succeed.”

One of the other things that keeps Barry coming back day after day is the excitement of a new build starting, and how great he feels after finishing work on a project he know will positively affect others in his community. As the old adage goes, “it feels good to do good.” We hope his story might have inspired you to do some good, too.

To stay connected with the latest news and to be the first to hear about future volunteer opportunities, make sure to sign up for our Volunteer Newsletter! 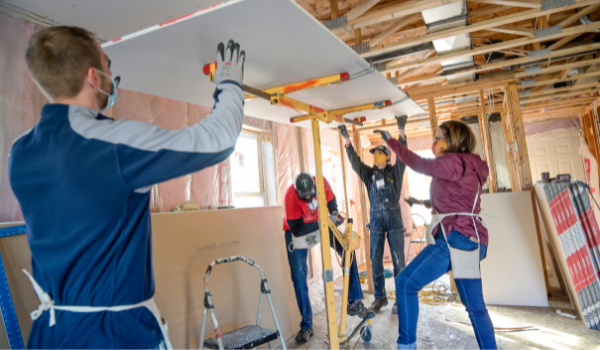 Join us in making a difference in the Twin Cities - volunteer with us!

Guest blog by Molly Boland, Engagement Associate at Twin Cities Habitat for Humanity After a long... 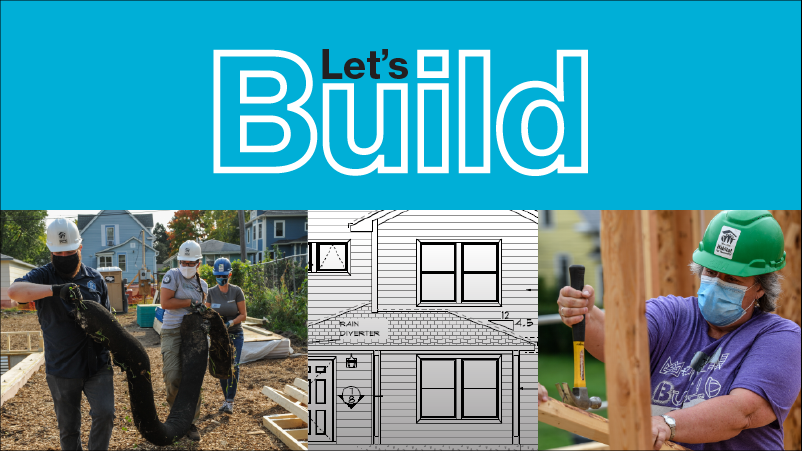 Most in-person volunteer opportunities are suspended until February 1, 2022. A small number of... 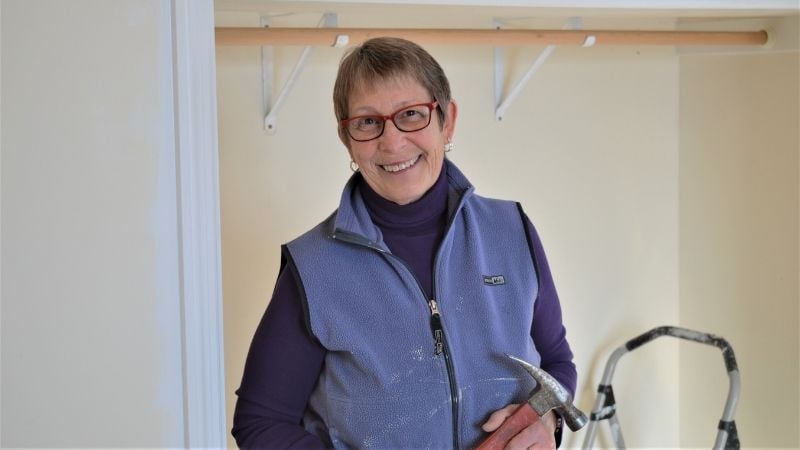 Susan has long been involved with her community in one way or another. Whether it’s volunteering...