Leaving a Legacy of Homeownership 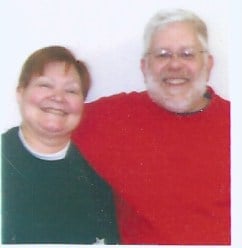 When Don and Jo Gustafson finally sat down to create their will, they found it to be a surprisingly simple process. And their decision about what to do with their home was just as easy: they would donate it to Twin Cities Habitat for Humanity. That decision was years in the making.

Both Don and Jo grew up in the Twin Cities; he in Minneapolis, she in St. Paul. They met in 1983 and married in 1985—later that year they bought the home in Roseville that they still own.

“We saw a house we liked with brick in the front and a fireplace, made an offer, and the house was ours,” Don says. Since then, he’s done many projects in the house—insulation, wiring, sheetrocking, wallpapering (and, later, de-wallpapering), installing new windows, tiling the bathroom, building a shed. Lately, he’s been giving his porch a cabin-feel ever since they sold their family cabin.

In late 2009, Don was laid off from his job. The recession was still in full swing, and it took him 25 months of searching to find his next job. Between the daily job applications, Don took classes, including truck driving, through the Dislocated Workers Program. When a truck driving position opened up for our ReStore Home Improvement Outlets, he applied and was hired.

“That job remains the most interesting position I have held in my 50+ years of work experience,” Don says. He drove all over the Twin Cities, picking up donations to be sold at the ReStores (read his blog about surpassing 100,000 miles driving for the ReStore for more details). Don in front of the ReStore truck.

The couple had been thinking about retirement, but weren’t planning yet, when Jo got a termination notice from her employer of 44 years. The severance package and eligibility for retirement were good enough, so Jo started her retirement. Don would join her in retirement later.

Planning for the future

They used the opportunity to take stock of where they were and what they wanted their retirement to be like. They both wanted time and space for favorite projects—Jo wanted to continue crafting, and Don wanted to make cribbage boards (Don enjoys cribbage and is always up for a game). But they had inherited a lot of stuff, and it is in their way. So they have started giving it away. After years of bringing other people’s donations to the ReStore, Don is now hauling his own loads to the ReStore, by trailer or well-packed car. 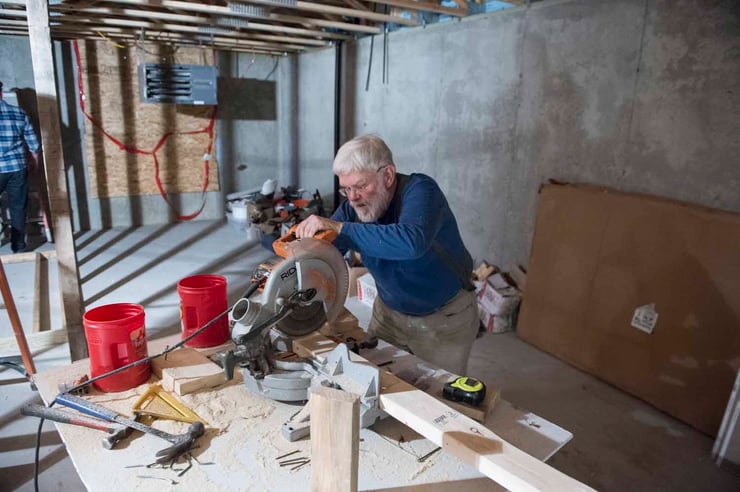 They didn’t have a will at the time, so they took the opportunity to create one. Without any legal heirs, they didn’t want to leave the future of their home up in the air. And they wanted their legacy to honor some of their favorite charities, like Disabled American Veterans, HHT, the Fort Snelling Memorial Chapel Foundation (they were married at that Chapel), the Animal Humane Society (they have rescue cats), and Twin Cities Habitat for Humanity.

Don and Jo didn’t realize they could leave their home to Habitat until they read an article about Bob, a veteran who decided to donate his home when he was diagnosed with terminal cancer. For them, it was a no-brainer to do the same.

“The Habitat homeownership program meets our sensibilities,” Don says. They like that Habitat homebuyers pay a mortgage that’s affordable for them, and that they go through training to become well-prepared for homeownership. Don knows firsthand the rewards that come with good hard work and sees the hard work Habitat homeowners put into providing a home for their families.

They would love their home to go to a veteran—Don served active duty in the Navy for three years and served in the Navy Reserves for 22 years. But if the home goes to someone else, or is sold by Habitat to build more homes, Don and Jo know their legacy will benefit a mission that’s aligned with their own values.

At Twin Cities Habitat, we welcome many different types of planned gifts. According to Mike Nelson, our Director of Land Development, gifts of real estate can be particularly impactful.

"As the Twin Cities area continues to grow, securing land for Habitat home projects becomes more challenging," Mike says. "When you gift a property to Twin Cities Habitat, you are building a legacy of generational impact through affordable homeownership." 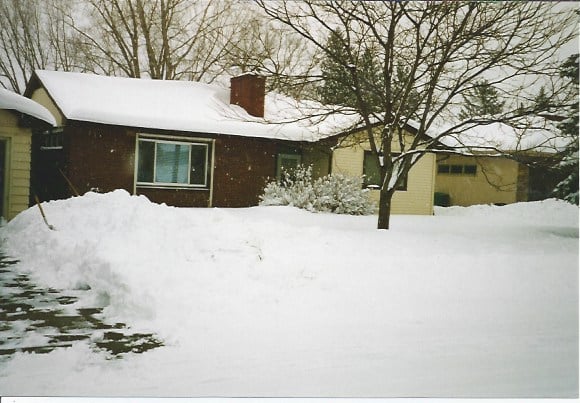 If you’re considering writing a will, Don has a few recommendations for a smooth process:

If you’re interested in leaving a legacy that supports Habitat’s mission, visit the planned giving section of our website.