Advancing racial equity is a cornerstone of Twin Cities Habitat for Humanity's mission. In addition to working toward this goal within our own programs, we're also collaborating with the Minnesota Homeownership Center on innovative, systems-level changes to impact the broader Twin Cities region. 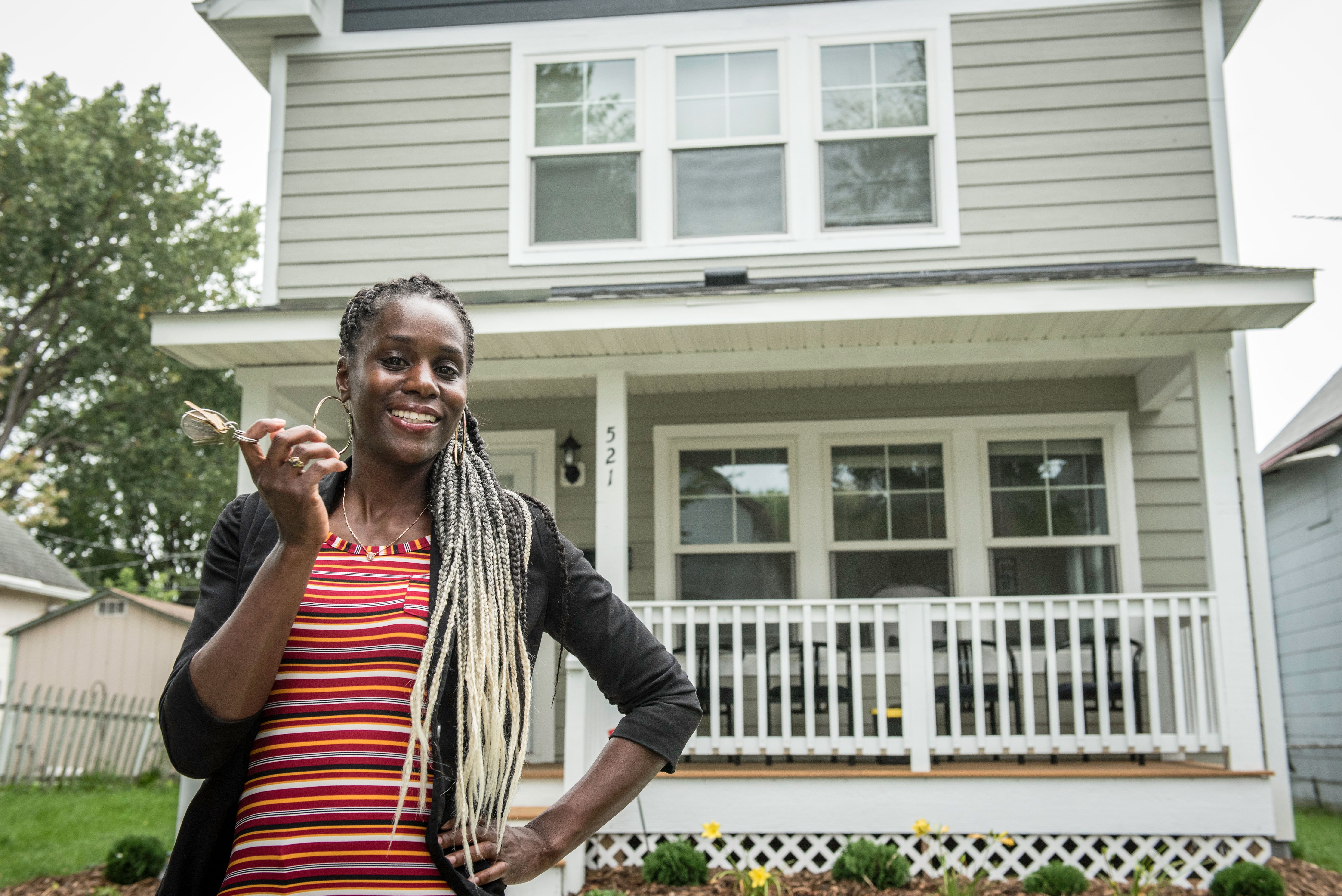 To support this effort, we're thrilled to share that Twin Cities Habitat for Humanity and the Minnesota Homeownership Center have been awarded $1 million by the Federal National Mortgage Association, commonly known as Fannie Mae, to help create a regional Special Purpose Credit Program (SPCP) for Black homebuyers.

The award is part of Fannie Mae’s Sustainable Communities Innovation Challenge, which aims to advance racial equity in housing. Special Purpose Credit Programs are loan programs that are designed to meet the unique needs of economically disadvantaged groups, inclusive of race and ethnicity, national origin, location, or gender.

“Special Purpose Credit Programs are at the cutting edge of racial equity work, allowing race, ethnicity, and other specific factors to be taken into account in efforts to address past injustices,” said Julie Gugin, president of the nonprofit Minnesota Homeownership Center. “BIPOC households were systemically barred from homeownership in most areas of the Twin Cities, and nationally, for decades, based on race. But until recently, race was not allowed to be considered in efforts to address this harm. We’re thrilled that Fannie Mae has chosen to fund our proposal to develop a SPCP for Black homebuyers under their Innovation Challenge.”

With Fannie Mae’s financial support, Twin Cities Habitat and the Homeownership Center will develop a regional down payment assistance program to support foundational Black homebuyers – those who self-identify as Black or African American descendants of slavery in the United States. The program will be based on a model recently developed by Twin Cities Habitat.

The regional SPCP will be refined based on the feedback of Black homebuyers in a community-centered co-creation design process. Community Development Financial Institutions (CDFIs) will be engaged to deploy the SPCP in partnership with regional mortgage lenders that will pair this product with their affordable mortgage loans. The SPCP, when fully funded, will directly support more than 200 Black homebuyers across the Twin Cities region. Further, this effort will model how such SPCPs can be replicated elsewhere to advance Black homeownership.

“As an organization, we are building forward with intentionality – centering our work around those most historically impacted by housing discrimination, redlining, racial covenants, and systemic racial housing practices,” said Chris Coleman, President and CEO of Twin Cities Habitat for Humanity. “Minnesota has one of the largest Black-White homeownership gaps in the country today. This gap was deliberately created, and efforts to address the harm need to be just as deliberate if we want to begin rectifying this situation."

Barriers to Black homeownership have core roots in racist practices spanning more than a century – from systemic, inequitable policies like redlining, to disinvestment and wealth stripping via the routing of urban freeways. Deeply inequitable mortgage access, lack of savings and down payment, and a stark lack of affordable homes in Black homebuyers’ income ranges are among other persistent barriers putting homeownership out of reach. The development of this SPCP down payment assistance tool for Black homebuyers is intended to be a first step in beginning to address these injustices.