New VP and board officers to help expand homeownership program

St. Paul, MN – Twin Cities Habitat for Humanity is excited to announce that Robyn Bipes will be joining the organization in a newly created role, Vice President of Loan Fund and Mortgage Lending as the organization prepares to dramatically expand its Homeownership Program. Bipes brings tremendous experience to the position, including a background in affordable housing finance, underwriting, development, programs and policy.

“Robyn will be an excellent fit for this new role and a great addition to our talented team,” says Susan Haigh, President and CEO of Twin Cities Habitat for Humanity. “She believes in our mission and has skills that will be critical to the new and exciting course we’ve charted for the future of this organization.”

In February, Twin Cities Habitat’s Board of Directors adopted a new strategic plan that will guide the mission over the next four years, elected new officers, and welcomed new board members. As part of the plan, Twin Cities Habitat will be seeking out participation from banks and other financial institutions for a new home loan fund. The newly created fund will finance the mortgages used by Habitat Homebuyer families to purchase their homes and would allow Habitat to serve significantly more families each year. Successful creation and management of this fund will require the skills and experience that Bipes brings to her new role.

Bipes comes to Habitat from the Greater Minnesota Housing Fund (GMHF), where she has served for over nine years. She leaves GMHF as Director of Lending and Programs, and previously served for over six years as their Director of Development. GMHF is a nonprofit Community Development Finance Institution (CDFI) for affordable housing in Minnesota, providing interim and permanent loan and equity capital for projects, grants to local organizations, and technical assistance to housing developers statewide.

“Stable, affordable homeownership plays a key role in the success of families, the stability of neighborhoods and the economic vitality of our community.” says Bipes. “Twin Cities Habitat has been making stable, affordable homeownership available to low-income families for decades, which has proved to be transformative to their lives. I am thrilled to be joining the organization at this innovative time as Habitat expands its work and multiplies its impact in the near term.”

Bipes is a graduate of Lewis and Clark College and earned her Master of Public Policy degree from the Humphrey School at the University of Minnesota. Bipes is active nationally in the CDFI field and has experience serving on non-profit boards of directors, currently serving as Vice President of the Board of Directors for the Minnesota Home Ownership Center. Bipes will begin work at Habitat in early April. 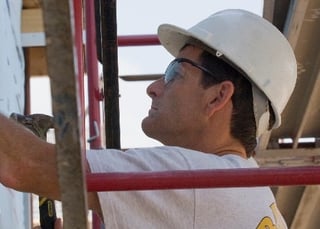 The newly elected Board Chair is Barry Mason who has been a long-time volunteer and donor to Twin Cities Habitat. He is also the Managing Director and Senior State Executive for MN at IBM Corporation. The new Vice Chair is Nikki Sorum, Divisional Vice President at Thrivent Financial. Judy McNamara, Vice President of Tax at Ecolab, is the new Secretary. John Anfinrud, Senior Vice President of Commercial Real Estate for US Bank, is the new Treasurer.

The strategic plan will take effect at the start of the next fiscal year on July 1, 2016.