The 2020 Census is right around the corner! 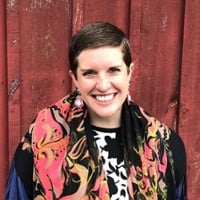 Have you heard about the Census? Whether the answer is yes or no, the Census is more than just a form! It is both an opportunity for civic engagement and an important tool with significant impacts on our daily lives.

Rooted in the principles of the Constitution, the Census is a national survey that aims to count each person living in the United States once every 10 years. By making this count, the Census records general changes in population size and location that take place over the course of a decade. The last Census occurred in 2010, and the next Census will happen on April 1, 2020. 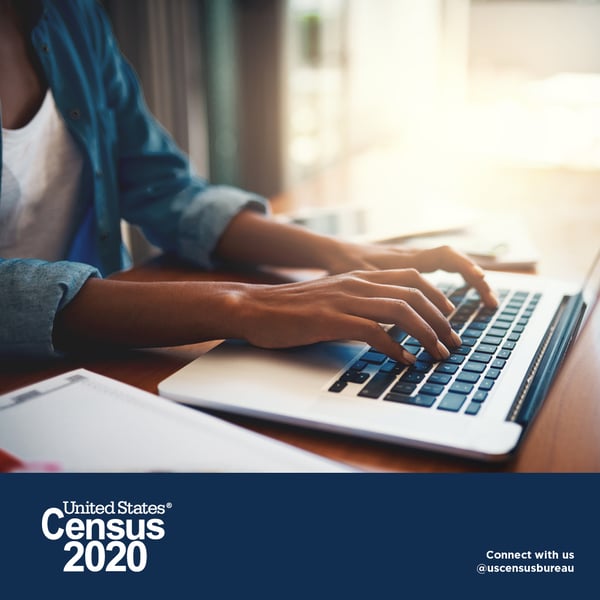 The Census is an important opportunity for each of us to ensure that our communities count when decisions are made about two key areas: representation and resources. Population size based on the Census is used to determine how many Members of Congress each state is able to send to Washington D.C. If it appears that our population in Minnesota goes down, we are at risk of losing a Representative and would have one less elected leader voicing our priorities and concerns to the federal government.

In addition, states and cities receive federal funding per person based on Census data showing where people live. This money then gets funneled to communities for hospitals, schools, transportation, and more. For example, in 2016, Minnesota received over $15 billion based on information collected from the Census in 2010. These dollars went on to fund programs and projects like medical assistance, food support, student loans, and road construction.

Above and below: Habitat homeowners in Hugo gather at their National Night Out event.

We believe that it is important to have a complete and accurate count so our Census results best reflect who we are as community members and as Minnesotans. To kick off our engagement around the 2020 Census, Twin Cities Habitat sponsored six Habitat homeowners to host National Night Out events in their communities and reach out to their neighbors about the importance of the Census. 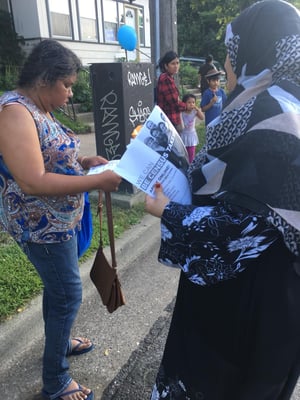 “National Night Out was a great success for Habitat Homeowners!" says Zach Wolff, Twin Cities Habitat's Homeowner Engagement Coordinator. "The homeowners reported back that everyone was happy and had a good time, and a couple hundred census flyers were able to be shared!”

Photo, right: A Habitat homeowner handing out census flyers at their National Night Out event.

You can help make sure that every Minnesotan is counted in 2020 by volunteering, distributing materials, attending an event about the Census, or working for the Census. Want to earn extra income and help out in your community? The Census is currently hiring for various positions, including enumerator—a part-time, flexible position right in your neighborhood.  Finally, commit to be counted by completing the Census in 2020!