The link between health outcomes and affordable housing 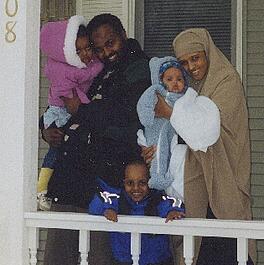 Healthcare costs continue to eat up a larger and larger percentage of a family’s income each year. One generally agreed upon solution sounds simple: don’t get sick in the first place. We call it preventative medicine. Of course, that’s easier said than done. A doctor tells a patient to quit smoking, eat better, exercise more, and reduce the stress in their life. The patient says ‘sure thing doc!’ and walks out of the visit with the best of intentions to do those things.

But changing behavior is hard – at least for me. That’s especially true when the rewards aren’t visibly in front of me at the moment when I’m faced with a decision that’ll impact my health. Should I eat the apple or the donut? The part of my brain that wants the donut knows it’s sweet and yummy and loaded with calories. The donut to the biological preconditioning that was built up in the 40,000 generations of humans that preceded me. For them, starvation was a much more real threat than heart disease, so they learned to eat when the eating was good. My id doesn’t care if my diet is high in fiber and lean proteins or deep fried and jelly-filled.

So it takes foresight to make good decisions when it comes to health. Fortunately, we humans can exercise foresight, under the right conditions. One of those conditions is a full understanding of a situation.

Housing and Health
One byproduct of soaring healthcare costs is that more attention, and academic research, is being focused on finding potential money savers in the system. This has led to more people studying the link between a decent home and health outcomes. The evidence shows that it can be dramatic.

A study in Oregon of Medicaid recipients found a 45% drop in their health spending just six months after moving into stable housing. The cost of their care continued to decline over the next two years even as the study’s participants reported better health overall.

On a global scale, the to-do list for creating housing that leads to better health is more obvious (but also more daunting). The World Health Organization says we need homes with clean water and sanitation amenities, a place to cook that doesn’t contribute to indoor air pollution and respiratory disease (which the WHO estimates kills 2 million people a year), and proper weatherization against extreme temperatures. Some estimates are as high as a third of humans don’t have these basic necessities in their current housing. Obviously a global approach to fixing poverty housing requires solutions that are political, economic, and massive in nature. It’s a lot to take on, but awareness is a good first step.

Closer to home, we at Twin Cities Habitat for Humanity are heavily invested in creating housing that improves the health of the families we serve. We’ve been building and rehabbing homes since 1985 so we’ve gotten a lot of practice at it. And it feels great when we can share the story of how a safe, decent, affordable Twin Cities Habitat home helped a child live healthier.

Here are some of the ways we are tackling this housing issue in the homes Habitat builds:

Radon mitigation
Radon is a radioactive gas that seeps out of the soil. It’s the second leading cause of lung cancer in America after smoking. About 40% of homes in Minnesota have radon levels that present a health risk. Every new home Twin Cities Habitat for Humanity builds has an active radon mitigation system built into the basement. It helps the gas vent out of the home so people aren’t breathing it in. I’m proud that we’re a leader in addressing this issue.

Lead and asbestos
Lead is horrible for kids and its use in paint has been banned from residential applications since 1978. Asbestos is equally bad and most products containing it have been banned since the 1970s. However, our home repair and rehab volunteer crews run into lead and asbestos on a regular basis in older homes. Whenever they do, there’s a long protocol of safety measures used to remove or mitigate the danger for the people living in the home.

Accessibility / Safety Upgrades
Occasionally a family with special medical needs will buy a Twin Cities Habitat for Humanity home that must be built to meet the guidelines in the Americans with Disabilities Act. These homes may have simple design tweaks, like grab bars in the bathroom and accessibility ramps, or significant additions, like a ceiling-mounted lift system for helping people with paralysis navigate the home.  Twin Cities Habitat's repair program, A Brush with Kindness, does a significant number of projects that include safety and accessibility upgrades.

Mold
When we run into mold in an older home that’s being renovated we gut the invested area to the studs and make sure the new construction is done in a way that it’ll stay dry. When building new homes we opt for laminate and wood flooring, which cuts down on the chance for moisture and other allergens, pathogens, and toxins to collect and grow nasty.

Zero entry
Whenever possible, Twin Cities Habitat homes are built with a zero entry threshold and as few steps as possible. It’s a simple way of cutting down on the risk of falls and the expensive hospital visits that can accompany them.

Our approach, that a home can be healthy and affordable at the same time, has attracted support from many Minnesota companies in the healthcare field including: Allina Health Systems, Assurant Health, BioLife Plasma Services, Blue Cross and Blue Shield of Minnesota, HealthPartners and Park Nicollet, Medica, Medtronic, Prime Therapeutics, and ProVation Medical.

“There’s growing evidence that where a person lives and what the community is like around them has a huge impact on health,” said Mary Brainerd, CEO of HealthPartners. “It can be just as important as how often a person sees a doctor."

Mary was one of hundreds of HealthPartner volunteers who helped worked on a Habitat home in North Minneapolis this year. “It’s great that we get to get our people out here in the community and do something like this and remind ourselves of how important a home can be when it comes to health outcomes.”

Poverty, bad housing, and poor health outcomes are linked together. One of the poorest zip codes in Minneapolis (55411) has four times the poverty rate as the rest of the state and an asthma hospitalization rate that is six times higher. The neighborhood faces a unique challenge because it runs alongside busy Interstate 94, so extra work must be done to ensure the kids who grow up there have clean air to breath. It’s a human rights issue and an economic issue, because asthma costs America $18 billion a year and is the leading cause of kids missing school.

With the resources we have now, Twin Cities Habitat for Humanity is able to build/rehab 50-55 new homes a year and repair an additional 125 for existing homeowners. We’re really only able to meet a small percentage of the need. That’s why we also advocate for policy and societal solutions to end poverty housing. One way to do this when it comes to health outcomes may be to start thinking about affordable housing as a vaccine for kids born into poverty.

There is a cyclical component to the housing-healthcare link. Since the leading cause of bankruptcies in America is medical expenses, it is too often the sick who find themselves all of a sudden unable to afford the place they call home.

Building healthy isn’t cheap, but it can be done affordably. It’s also easier to convince people to make the upfront investment in a decent home when you can show evidence that it’ll bring down health costs in the long run.