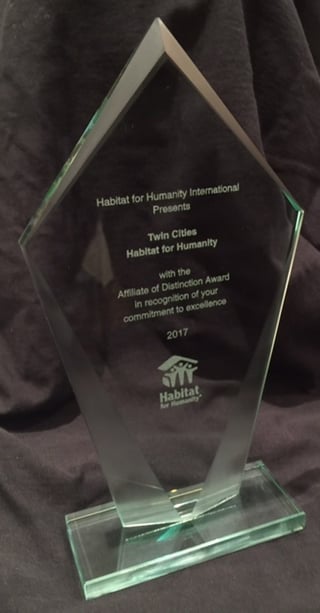 The Affiliates of Distinction program was established by Habitat for Humanity to honor local Habitat organizations that meet or exceed best-practice standards and to uphold their work across the Habitat network.

Here are a few of Twin Cities Habitat's accomplishments that set us apart as an Affiliate of Distinction: 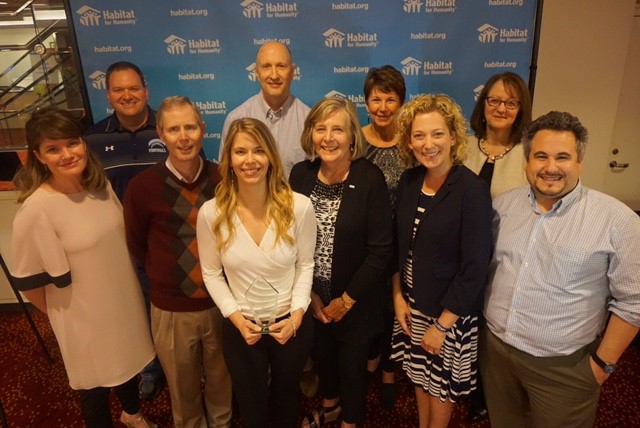 Twin Cities Habitat staff members with the Affiliate of Distinction Award at the Habitat International Conference.