"It's not always easy for me to put myself out there and to try to do new things," she says. "I still get a little nervous every time I'm going to a build site." But you wouldn't know that from the outside. Dawn joined and led Habitat volunteer teams across the country for years before landing at Twin Cities Habitat for Humanity. 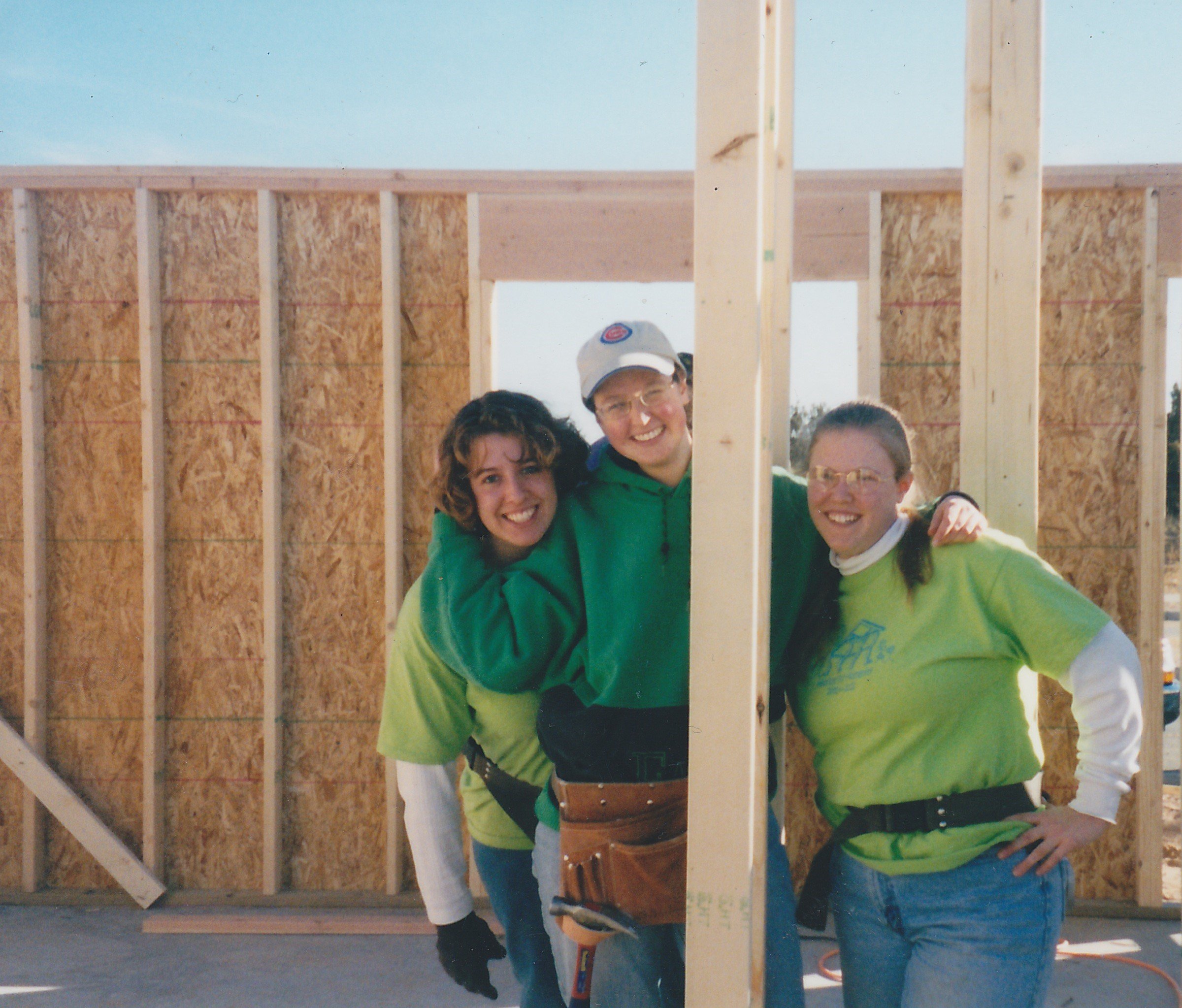 It all becomes worth the effort when she sees the shared mission and motivation of each group she leads: "I'm happy about the community that I've created, full of people that want to make a difference." From build-hopping across the country to leading teams in the Twin Cities, that feeling of community has brought Dawn back to build sites for more than 20 years.

Dawn's volunteer story starts at the University of Wisconsin – River Falls. All she knew about the university's Habitat for Humanity chapter was that it was part of the greater St. Croix Valley Habitat, which served western Wisconsin. Amplified by Habitat, her area of influence would extend well beyond the Valley.

"I would help on builds that were in the River Falls area," she says, "and then also went on winter break trips with the college chapter." Those winter trips would put her on build sites across the country – including a particularly memorable experience in Santa Fe, New Mexico, where she bonded with the Habitat homeowner and her eight-year-old. Those trips showed Dawn the big picture of volunteering and gave her a clearer, more confident picture of herself. "In high school, I wasn't a sports kind of person, but I always wanted to be involved in a group and be part of a team," she remembers. "So to find that in college at a pivotal point, to find people that had that same purpose … to do work for a greater good – that made a big difference in my time at college."

A family affair and beyond

Dawn's altruistic streak outlasted her college career: she's led Women Build teams every year for the last 14 years. "I looked into just doing an individual day of building and happened to sign up for a Women Build day," she says. She left feeling "empowered" to be working with so many competent women feeding off each other's confidence. Whether with Women Build or on another Habitat homebuilding project, that feeling of connection multiplies with each person who joins. From the first time she "cast out an email to anybody who [she] thought would be interested," Dawn has slowly become as much of an influencer on build sites as a leader on them – thanks in no small part to her family.

"My mom has been able to come to every Women Build," Dawn says. "She lives six hours away, so it's not a small thing for her to come ... and she's a really hard worker. I pretty much know that that's going to happen every year – that my mom's group is going to be the last one." Dawn's sister-in-law even stuck it out on a build site during 90-degree summer heat until it became unsafe to keep working. 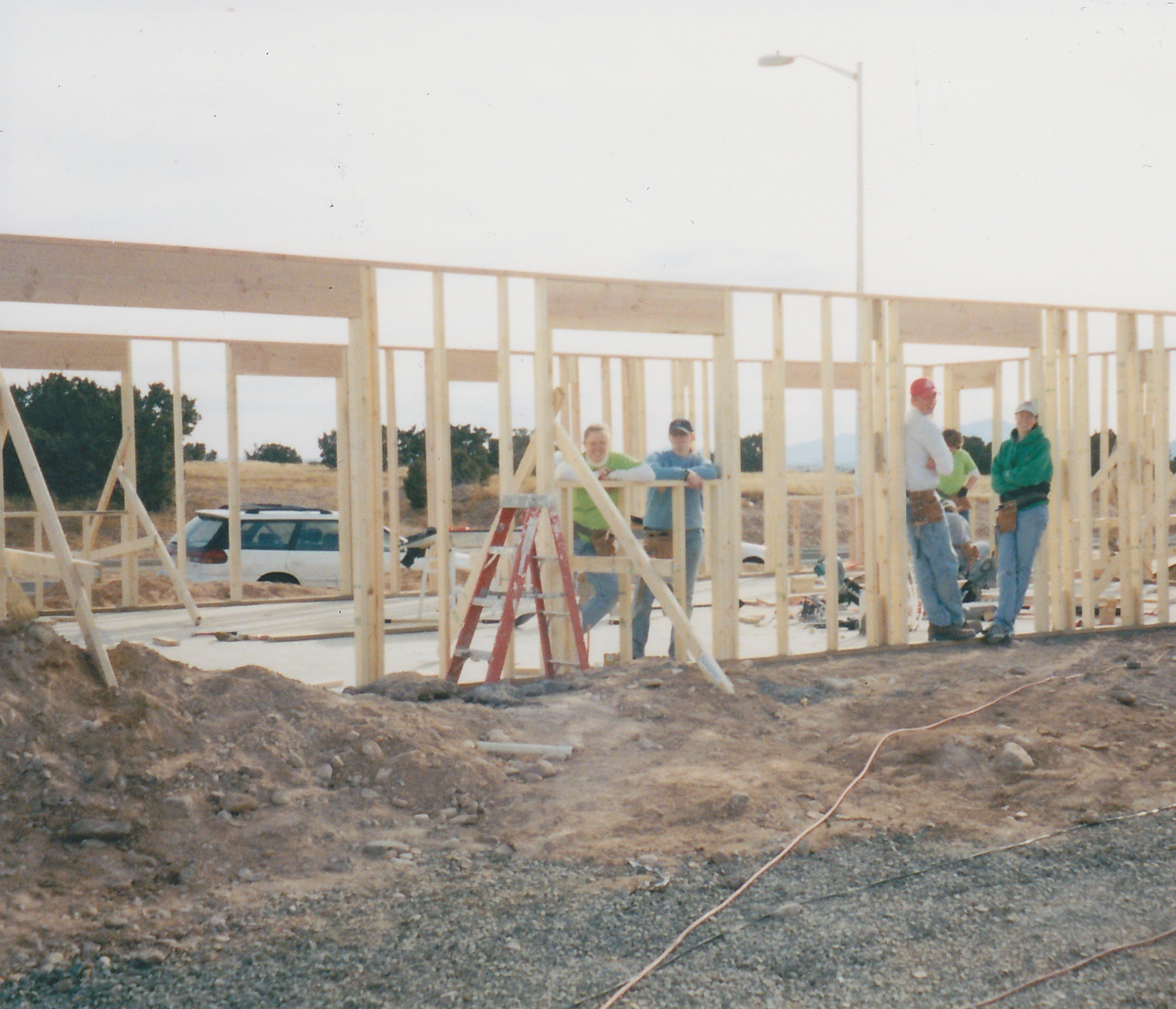 It's not just Dawn's extended family and the people swinging hammers and pouring concrete that make Habitat builds possible. When someone watches the kids so their mom can help out on a build site; when someone covers a shift at work so their friend can volunteer; that's the kind of supportive network Dawn wants to build. "It takes that community, too," she says.

Through Habitat, Dawn's interest in group activity bloomed into not just a personal commitment to volunteering, but an intentional outreach. She hopes to inspire people like her – the ones who have a hard time trying to do new things – to be part of something bigger by bringing them together around a common cause.

"I know that there are people that have joined my Women Build team one year and then have done their own Women Build, or have gotten together with a couple other friends or family and joined a day," Dawn says. "And I'm always happy to hear [about] their experience with me, that I introduced them to, that then they went out and did their own."

Since college, Habitat volunteering has been one of the main ways Dawn connects with her community, whoever that may be.

"Working with Habitat and with Women Build has been a touchpoint to connecting with my community of friends and family that I bring together, but then [also] connecting with maybe the homeowner or the people who are working on that house or the neighbors who are going who are living around that house. It's just been a way to keep in touch with my broader community."

You and your friends can help build a home with Habitat!