“Preservation of naturally occurring affordable housing is critical to Habitat’s mission – especially for seniors,” said Chris Coleman, President & CEO of Twin Cities Habitat for Humanity. “Wells Fargo’s support greatly impacts the ability of these older adults to remain healthy in their homes for years to come.”

In addition, Wells Fargo is supporting Habitat for Humanity’s first-ever nationwide advocacy campaign in the United States, Cost of Home. Through the Cost of Home campaign, Habitat will mobilize volunteers, community members and partners throughout the U.S. to find solutions and help create policies that will allow 10 million individuals to meet their most basic needs. 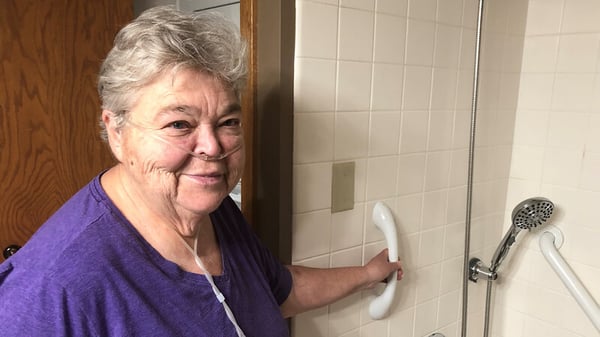 An Age Well at Home client, Linda, with shower upgrades including grab bars and a hand-held shower head.

More about Age Well at HomeTM

Twin Cities Habitat partners with Allina Health and Hennepin Healthcare to help identify older patients who would benefit from home modifications. The on-site work is then carried out by Habitat staff and subcontractors, with some opportunities for volunteers to build accessibility ramps.

In its first 18 months, the Age Well at Home program has upgraded more than 60 homes in the Twin Cities metro area.

“As innovators in creating and preserving homeownership, Twin Cities Habitat identified a critical need that we could help solve,” said Pat Lund, Age Well at Home Program Manager. “Allina Health and Hennepin Healthcare recognize many patients cannot afford to install recommended modifications and see the value Habitat could give their patients.”

Twin Cities Habitat is seeking additional healthcare partnerships to grow its Age Well at Home services. The organization is building on 20 years of expertise through its A Brush with Kindness home repair program, which has served more than 2,000 homeowners, at least half of whom were elderly.

The Minnesota Department of Human Services (DHS) is helping fund this work via a Live Well at Home grant. These DHS grants expand the capacity of long-term service organizations and support people age 65 and older staying in their homes and communities of choice.

A $1.25 million grant from the Harry and Jeannette Weinberg Foundation to Habitat for Humanity International is supporting new Age in Place programs in five U.S. cities (Twin Cities, Denver, Philadelphia, Metro Maryland, and Susquehanna). The programs are based on a model designed by Johns Hopkins School of Nursing called Community Aging in Place – Advancing Better Living for Elders, or CAPABLE. The CAPABLE model combines nursing, occupational therapists, and Habitat’s expertise in home repairs.

This is the first time CAPABLE deployed in Minnesota. Other local foundations, businesses, and philanthropic individuals have made gifts to help develop the Age Well at Home program at Twin Cities Habitat. With 30 Habitat affiliates across the state, Twin Cities Habitat sees significant opportunity for growth with additional resources.

Johns Hopkins research suggests a six-to-one return on investment: for every $1 invested in the CAPABLE program, $6 are saved in future healthcare costs. 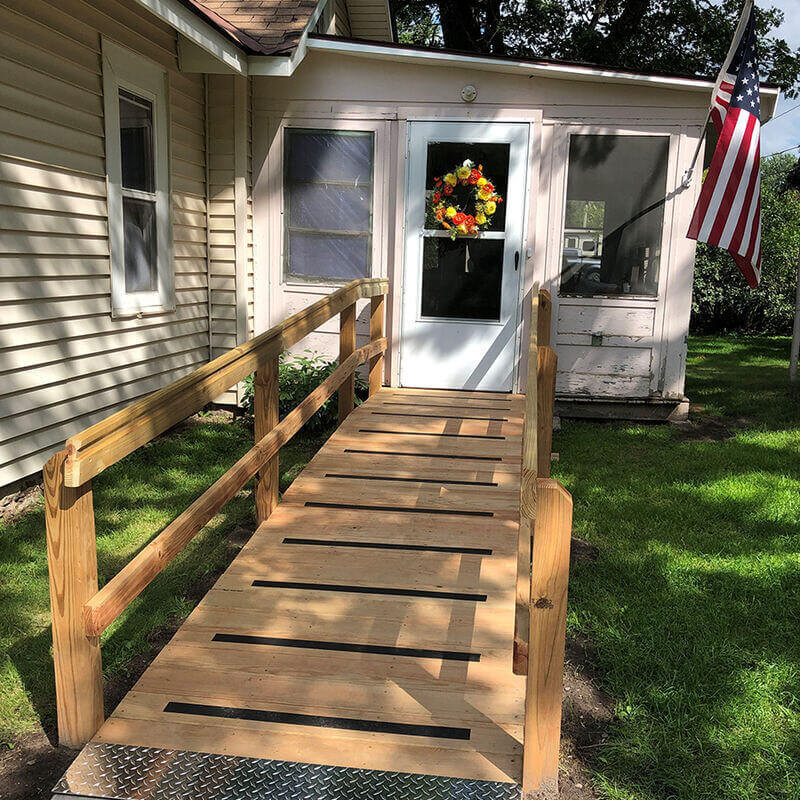 The need by the numbers

The Importance of Senior Independence

As you get older, you may become more dependent on others. But your independence as a senior...

How Much Does it Cost to Age in Place?

When weighing senior living options, cost is one of the first questions on many lists. "How much... 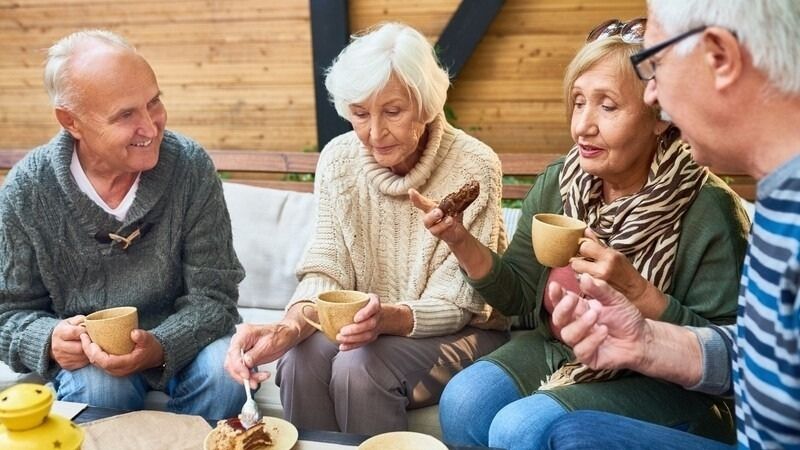 Aging in Place Options Beyond "Stay at Home" or "Move"

There comes a time when all of us need to decide whether to stay at home or move to a more suitable...