Nyakade is open about being an emotional person who is easily brought to tears, but she is also quick to smile and has an inner strength that shines through. When you know her story, you understand why she is so grateful to be where she is today. 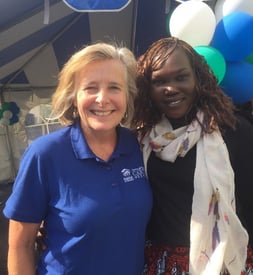 Nyakade grew up in Sudan at a time when civil war was tearing the country apart. “Where I came from, women weren’t allowed to speak in public,” she told a garage filled with corporate executives in Minneapolis during Twin Cities Habitat's 15th Annual CEO Build (CEO Build is a day when corporate leaders come together and help build Habitat homes as volunteers). “Thank you for giving me this opportunity. Thank you for caring so much.”

Nyakade left Sudan as a teenage refugee and made her way to Minnesota. But that wasn't the end of violence in her life. She escaped an abusive relationship to raise four children on her own. In 2013, after years of working for raises and dreaming about it, she purchased a Habitat for Humanity home in Coon Rapids.

Today, on top of working full time, Nyakade runs a nonprofit to help other South Sudanese immigrant women who are the victims of domestic abuse. Nyakade is also teaching her oldest daughter how to drive and helping her pick which colleges to apply to. It's a classic Minnesota story—a parent sacrifices so the next generation will have things better—with a 21st century twist.

"Affordable homeownership is a pathway to better lives," said Jay Lund, CEO and President of Andersen Corporation, as he spoke to the CEO Build volunteers. "If you're looking for a way for your company to have an impact on education, health, economic opportunities, and get your employees engaged in a great cause—then Twin Cities Habitat is the place." 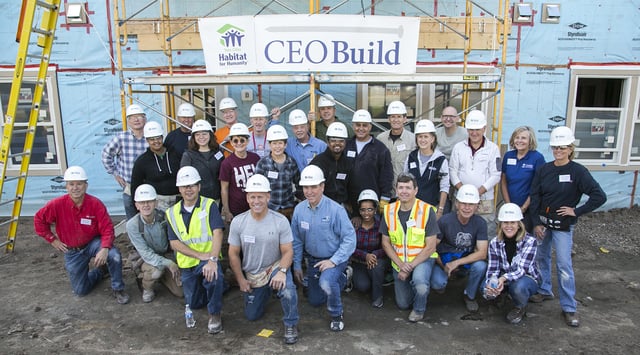 The impact of Habitat homeownership on families is immense. Wilder Research worked with Habitat for Humanity of Minnesota to survey our homeowners. Here are the results they found.

Results like this are why so many volunteers and civic leaders are backing Twin Cities Habitat's plan to more than double the number of families that can partner with us on affordable homeownership by 2020. Two days after the CEO Build, a collection of 20 of the top faith leaders in the Twin Cities gathered for our annual Senior Pastors Build sponsored by Thrivent Financial.