Retired? Want to work for free at Habitat for Humanity?

The thwack of hammers on lumber creates a steady beat when the Xcel Energy retirees are volunteering at Twin Cities Habitat’s wall panel plant. These guys know how to work hard. Most of the men spent decades running the power plants and maintaining the electrical grid that literally keep the lights on in Minnesota, so it’s no surprise that the stud walls they’re building come together fast.

“We can frame all the walls for an entire home in one day,” says Gary Hoffmeister. “And we still get out of here in time to beat the traffic.”

Gary started volunteering with Habitat back in 2002. Now, he and John Lazar coordinate the Regular Crew of Xcel Energy retirees. They volunteer together every other week. They’ve got about 25 guys on their list and usually have no trouble filling the 12 to 14 spots available. They put a call out for new volunteers in each of the monthly newsletters that Xcel Energy sends to its retirees.

The men work great as one team, even though they come from two very different parts of Xcel Energy.  When Gary started recruiting, most of the volunteers came from the power generating side of the business. When John substituted during the winter months the crew took on guys from the delivery side--men who worked on poles, wiring, and metering. Normally, those groups don't interact too much, but John says now they've become "one family." 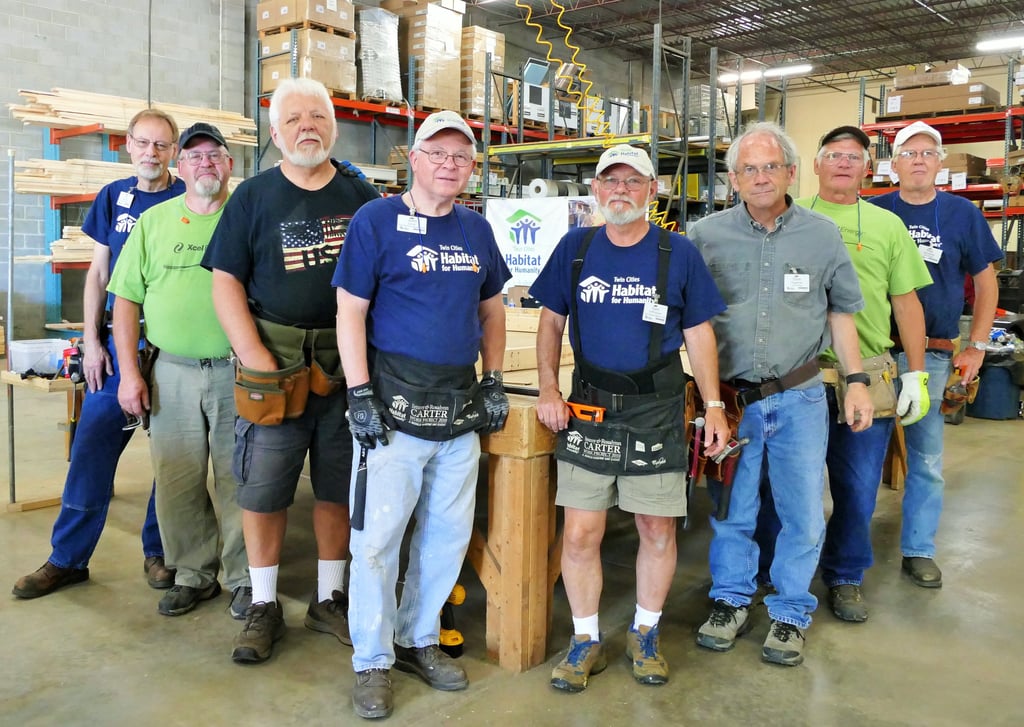 “It’s a good crew. A good team,” says Dave Hageman, who drives up from Mankato to volunteer. Dave’s head is already back down focused on his work as he adds, “You learn about carpentry and you accomplish something real and concrete.”

The guys break for donuts and coffee—but not for long.

“These guys want to get here before we do in the morning and just start working,” says Bjorn Erickson, the Twin Cities Habitat Panel Plant Specialist. “They’re great.”

The feeling is mutual. John and Gary look at Bjorn’s schedule so they can coordinate their day of volunteering to a day that he’s working in the panel plant. “We’ve trained him,” they joke.

There’s a deep sense of camaraderie and fellowship that comes through watching them all work, and it’s clear why many of them have been coming back for years. They tease each other, they laugh, it’s all friendly. The fun makes the work go even faster.

New two-by-four boards are carried over to the nailing tables in a neat stack, they’re measured, laid out, and hammered into place within a couple minutes. The completed walls are stacked evenly so they can be delivered via a flatbed truck to a work site. This process both improves quality and efficiency because the walls built on the tables are flatter and squarer than those free framed on a construction site. 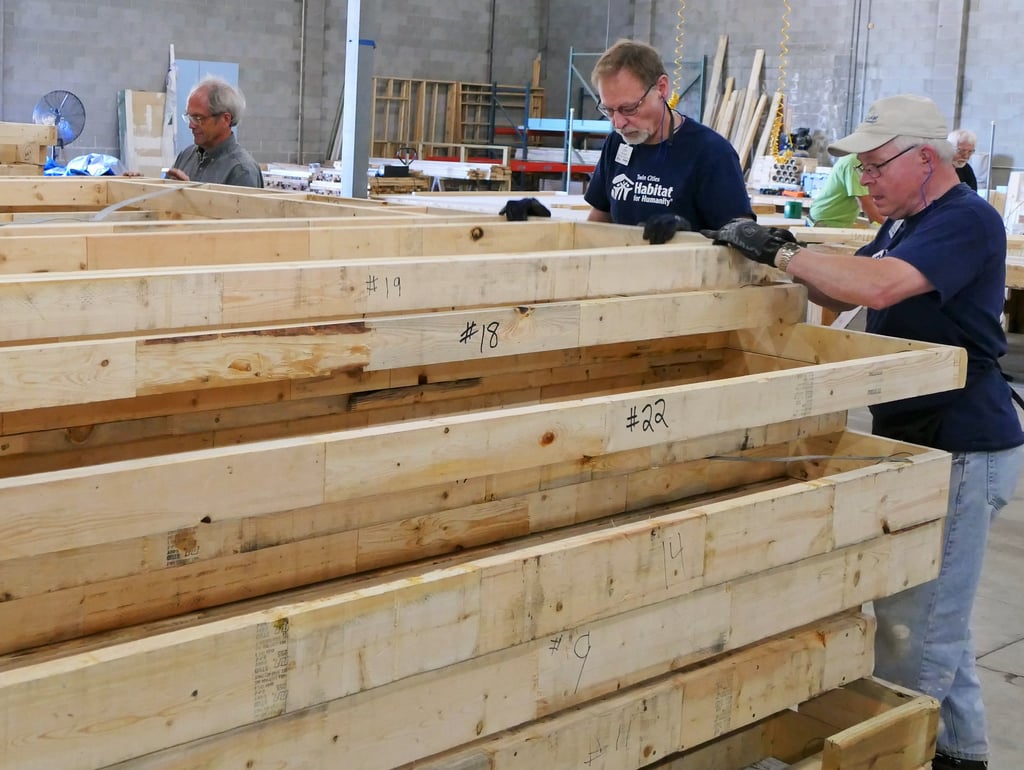 The Regular Crew Volunteers who help Habitat once a month, once a week, or even more are priceless to our mission of eliminating poverty housing from the Twin Cities. And Habitat is always looking for more of these folks. Both construction and non-construction volunteers are needed for all sorts of tasks, from working at ReStores, to building and repairing homes, to helping out in the office. If you’ve got time, you can make a difference.

“Some new guys will show up once or twice and decide it’s not for them,” says Gary. “You’ve got to have people who are interested and we can teach them everything.”

“Let people know you need volunteers 12 months a year,” says John. “Let them know there are things like this (building walls at the panel plant) that you can do inside in the winter.”

On behalf of all the Habitat Site Supervisors who benefit from your labor and all of the families that Habitat partners with—THANK YOU Regular Crew Volunteers!