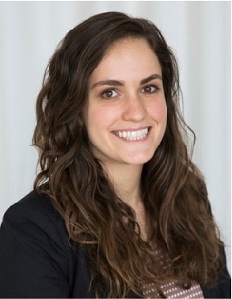 After the morning safety talk, the executives got to work. They split up across five houses and tackled tasks including framing, drywalling, painting, trim, and flooring.

The event was co-chaired by Andrea Walsh, CEO of HealthPartners, and Chris Hilger, CEO of Securian Financial. They teamed up to recruit other executives to participate and spoke during the lunchtime program about the importance of affordable homeownership, both for individual families and for the broader economic vitality of our region.

Read more about the 2019 CEO Build in the Star Tribune.

Check out a few highlights from the event: 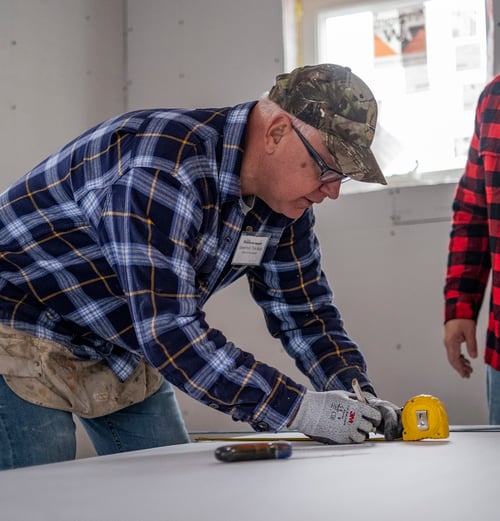 Governor Walz was put to work on drywall. It was clearly not his first time. 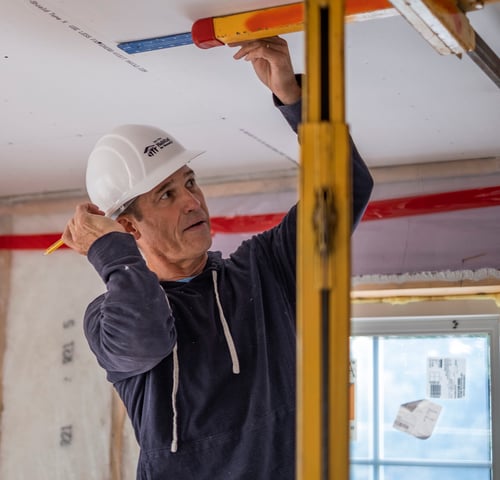 Matt Majka, President of the Minnesota Wild, working on ceiling drywall, an unpopular but ever-important task. 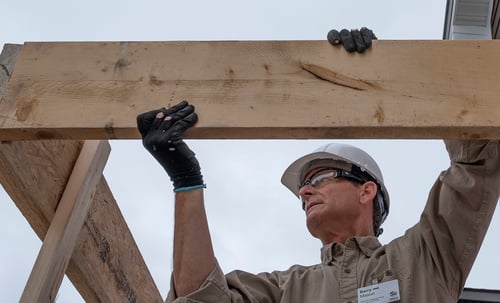 Barry Mason framing the front porch of one of the houses. Barry is a former Twin Cities Habitat board chair, retired IBM executive, and founding member of the "Third Act" regular crew.
Neel Kashkari, President of the Federal Reserve Bank of Minneapolis, and Dr. Eric Jolly, President and CEO of the Saint Paul & Minnesota Foundations, working together on flooring. 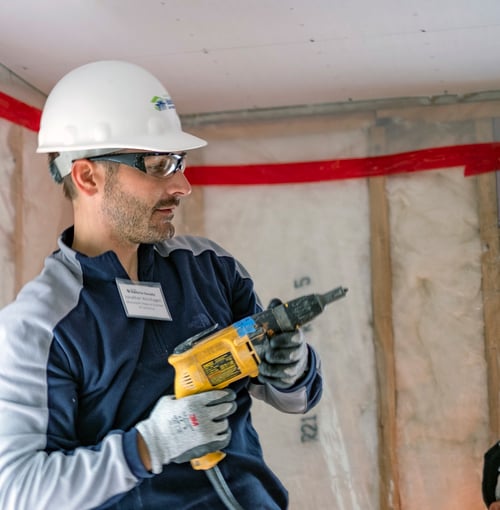 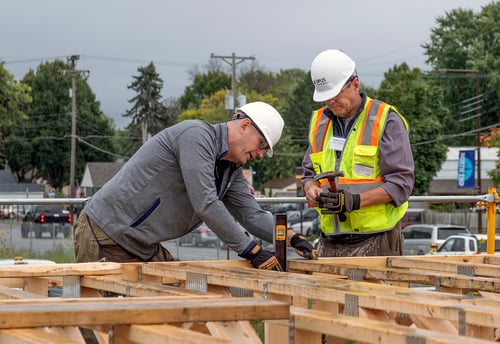 Dave Bangasser, President & CEO of Opus Design Build, and Matt Kucharski, President of Padilla, braved the intermittent rain to frame trusses. This is the fifth house at the development, which will ultimately have 11 single-family homes. 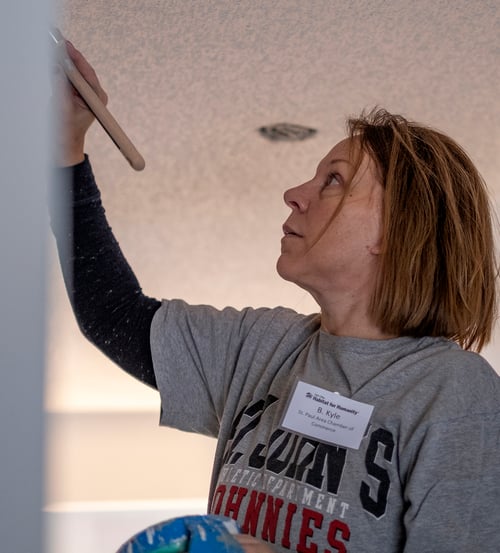 B. Kyle, President/CEO of the St. Paul Area Chamber of Commerce, painted in one of the homes on the site. 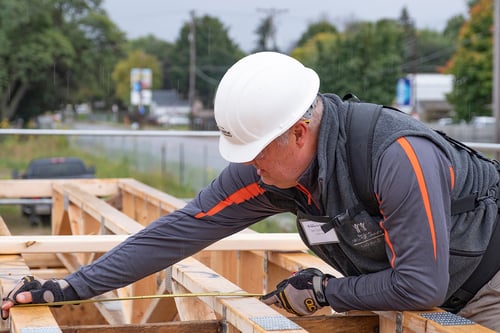 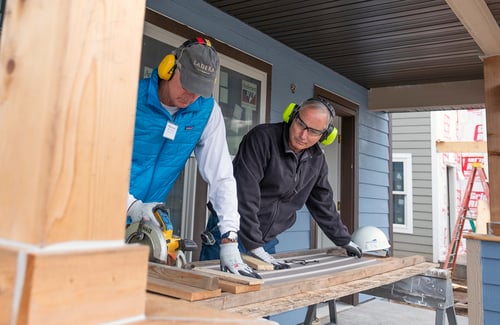 Bert Colianni, CEO of Pohlad Cos Inc, and Jay Debertin, President & CEO of CHS, teaming up to work on the front porch. 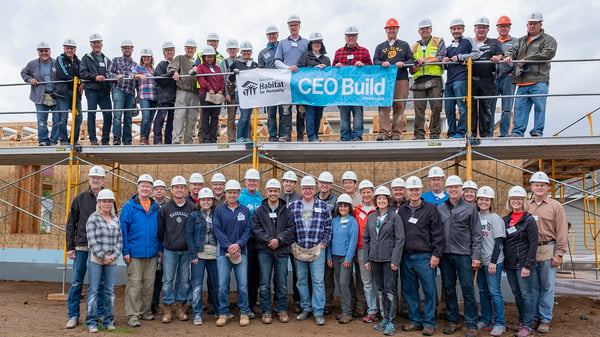 Group photo before lunch with Governor Walz.
Many thanks to the executives who joined us for the day! Below is a list of all the companies represented at this year's CEO Build: