Following in His Father's Footsteps

As a child growing up in Jamaica, Garfield Bowen watched his dad, Eric, build homes for others. Today, Garfield finds himself following in his father’s footsteps—but not as a contractor. Instead, Garfield, Global Commercialization Leader at 3M, recently joined Twin Cities Habitat’s Board of Directors. He’s helping to build homes in a different way. 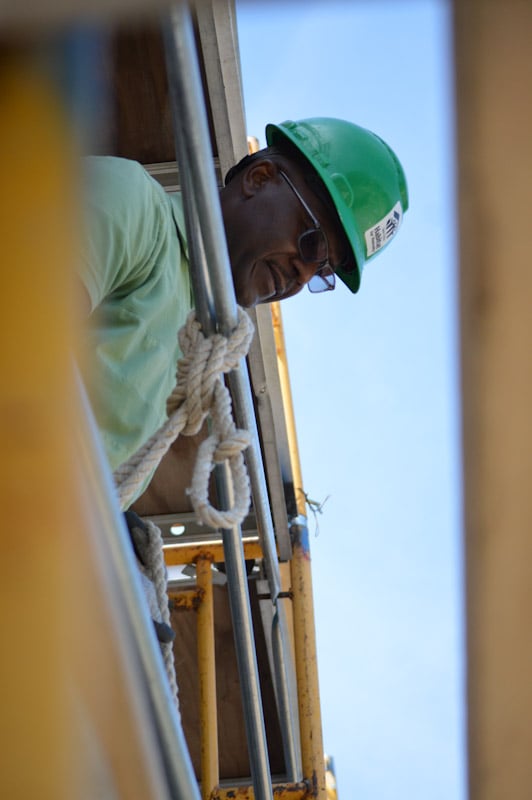 “My father was a building contractor,” Garfield recounts. “He built homes for people all his life, but he couldn’t afford a home for himself.”

For a time, Garfield’s family lived with Eric’s parents-in-law because they couldn’t afford a home of their own. Eric was helping to support the extended family. At the same time, he was working hard and saving with a dream of providing his family with a home.

Garfield grew up and moved to Wisconsin for college, and during that time Eric accomplished his dream.

“He was able to realize his dream and procure a piece of land,” Garfield remembers. It had two old homes that Eric could repair. Finally, he was working on his own home instead of someone else’s. 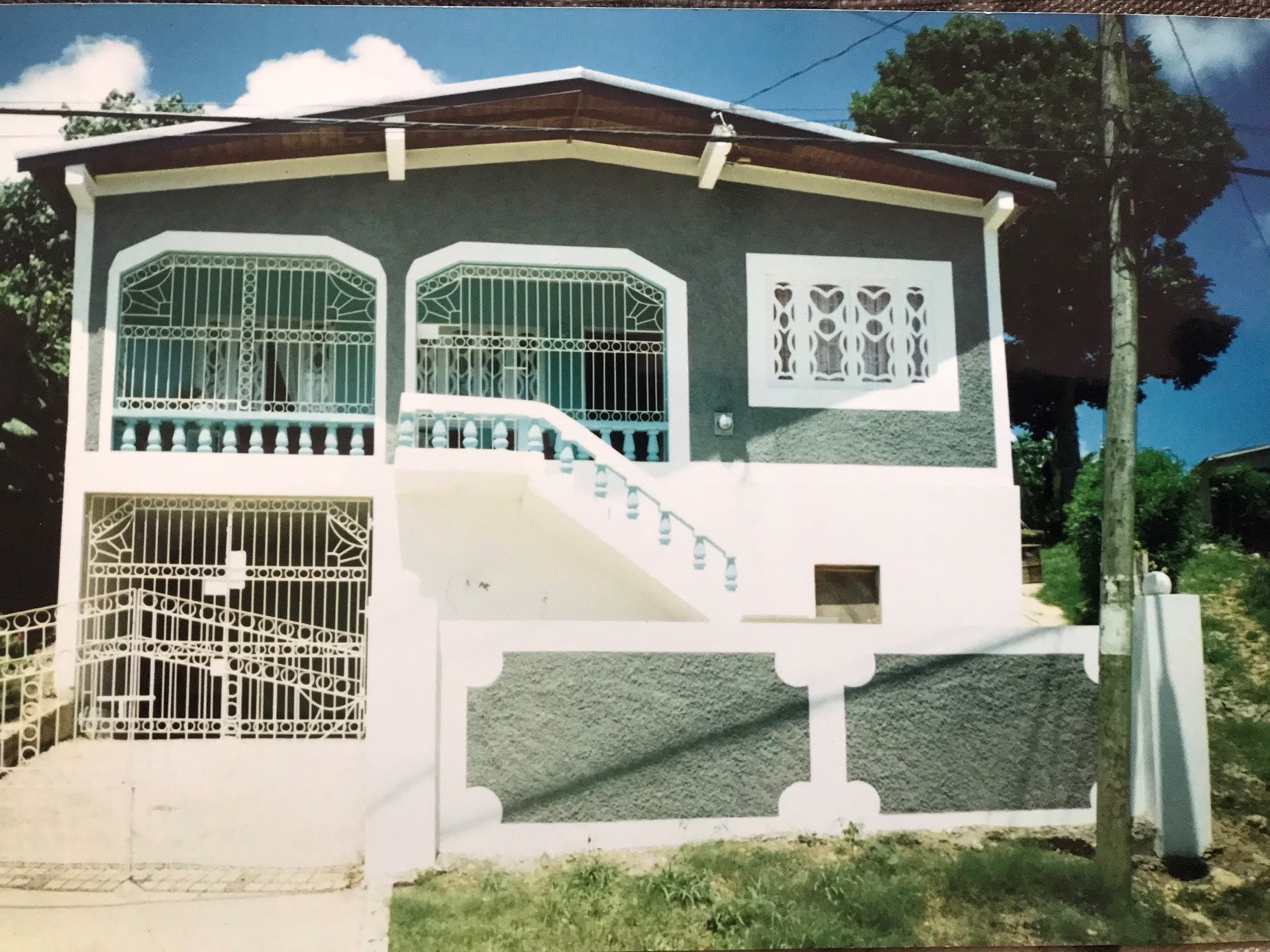 When Garfield came home from college, it was an incredible feeling for him to have a room of his own. Even more incredible was seeing the impact the new home had on his father.

“I saw what that did for him,” Garfield smiles. “It was the wind beneath his wings. He was immensely grateful— grateful to God that he was able to provide more for his family because of homeownership. It gave him a lot of confidence.”

When Garfield was introduced to Twin Cities Habitat for Humanity and asked if he would serve on the Board of Directors, it felt to him like a calling he couldn’t ignore.

“It felt like my life was coming full circle,” Garfield remembers. He was excited at the opportunity to help more people experience the stability and firm foundation of home.

At the first home dedication Garfield attended, he loved seeing the joy the kids had for their new home.

“I asked how the big sister felt about her new home, and she was so excited to have her own room!” Garfield could relate when he thought back to that first time coming home as a 21-year-old and having his own room in his father’s house.

Accompanying the joy in the faces of children at Habitat home dedications is often the look of relief and gratitude in the faces of their parents. Relief that all their effort into providing a firm foundation for the family has paid off, and gratitude for all the helping hands that got them there.

Once a year, Garfield’s parents visit from Jamaica. They make sure to come in the summer (“I don’t like the Minnesota winters,” Eric says, laughing).

This year, they were there on July 31—Garfield’s birthday. And he had the perfect idea for how to celebrate: a Habitat volunteer day with his dad.

“What better way to spend a day with the biggest inspiration in my life than paying it forward at a Habitat build?” Garfield beams, standing next to his dad. 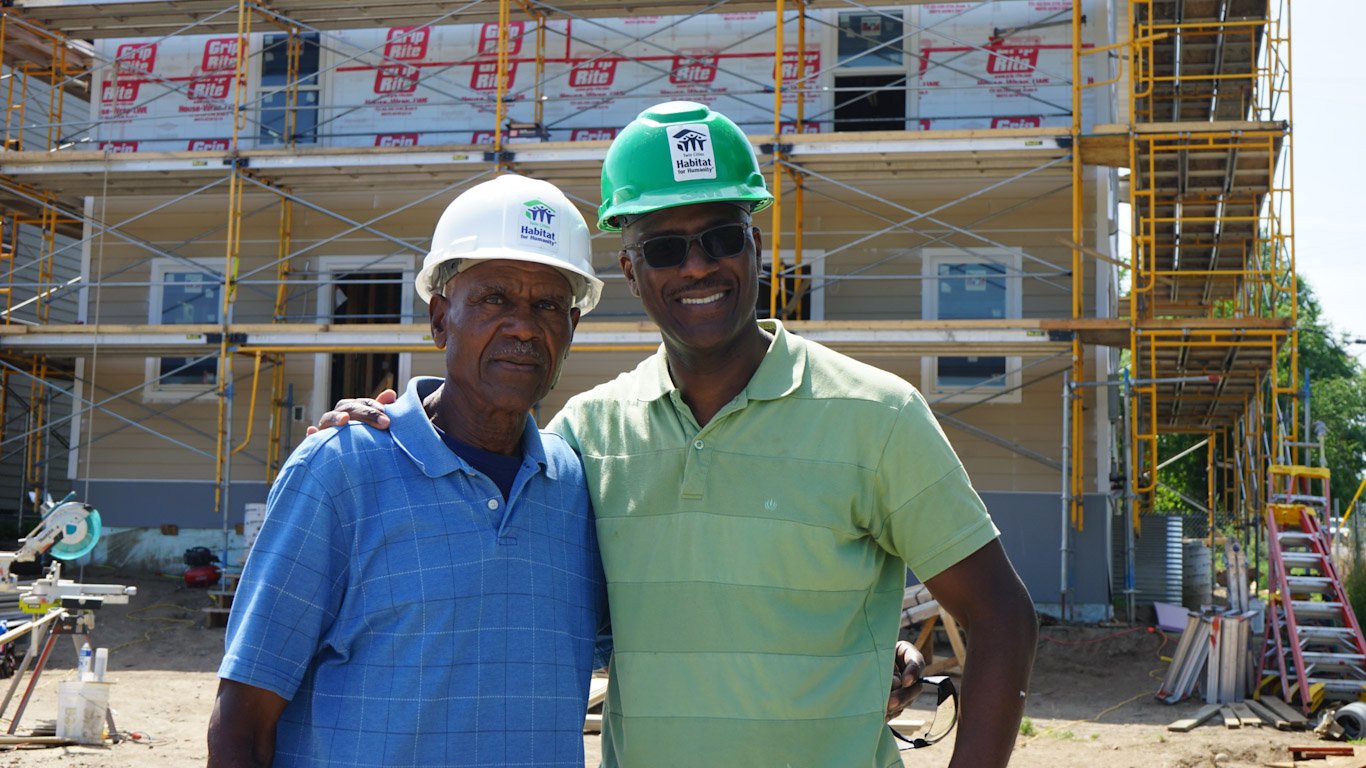 The two worked alongside other 3M volunteers at a new home build in St. Paul. They were up on scaffolding working on siding together. Eric enjoyed seeing the way homes are constructed here in Minnesota—a little different from the techniques used in Jamaica. And he loved working alongside his son.

“It’s been a pleasure volunteering with my son,” Eric smiles. “It’s good to know I can come and spend some time with him and to know he’s happy. I’m extremely proud of him.”

And Garfield’s extremely proud of his dad. He saw him work hard to create a home for his family, with occasional help along the way. And that’s exactly what Habitat does, too. It allows Garfield and Eric and people like you to lend some support in a family’s journey to homeownership and stability.

Spend quality time with the people you love while making a difference in your community. 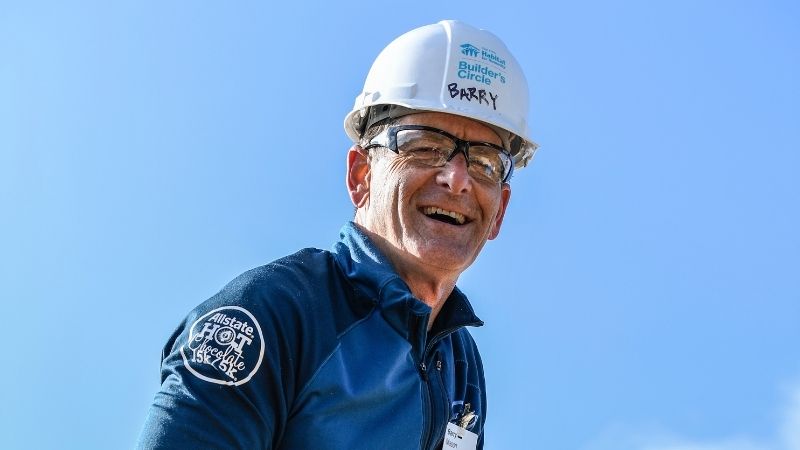 Barry Mason has long been a dedicated volunteer at Twin Cities Habitat for Humanity. He and his... 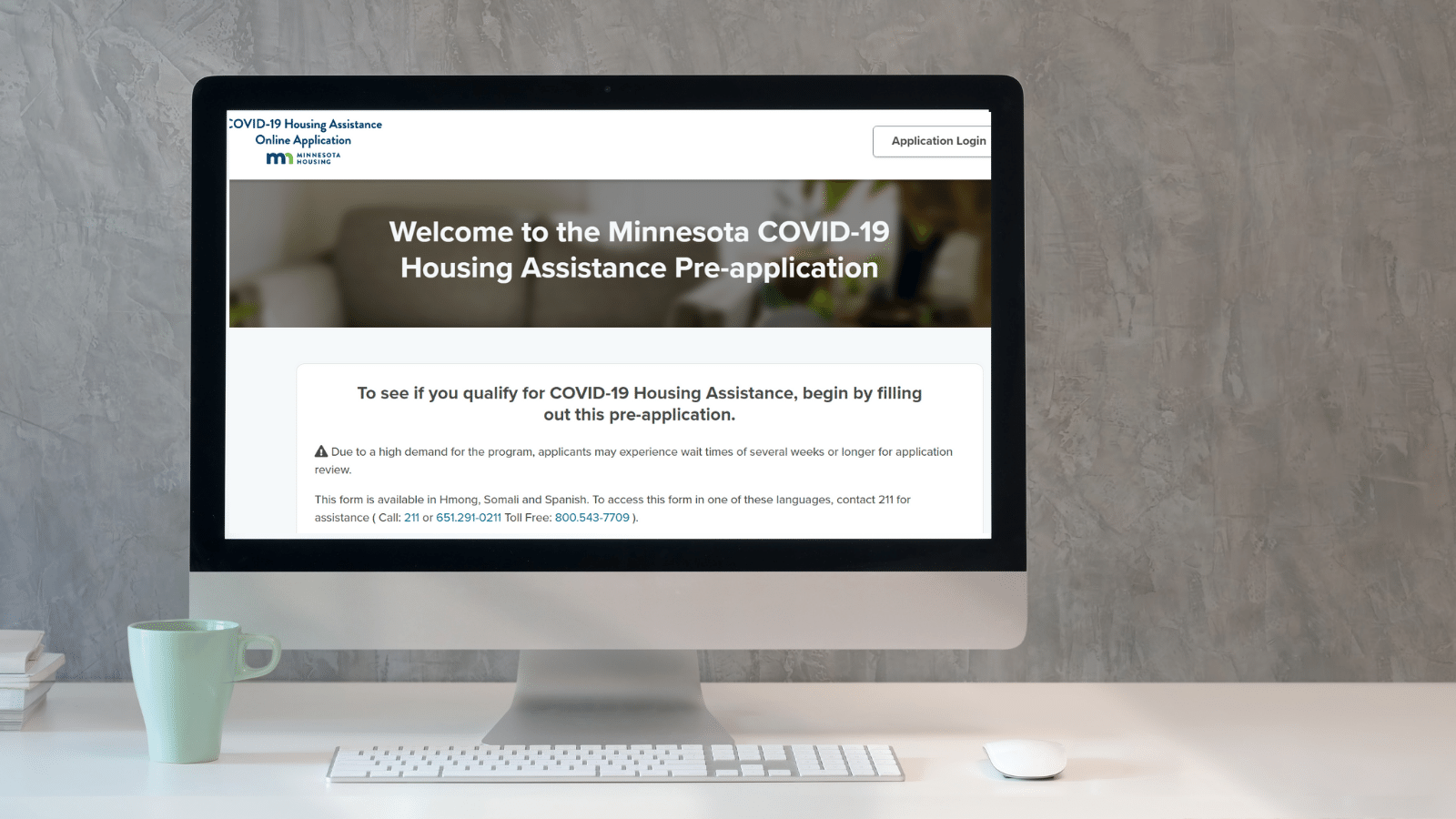 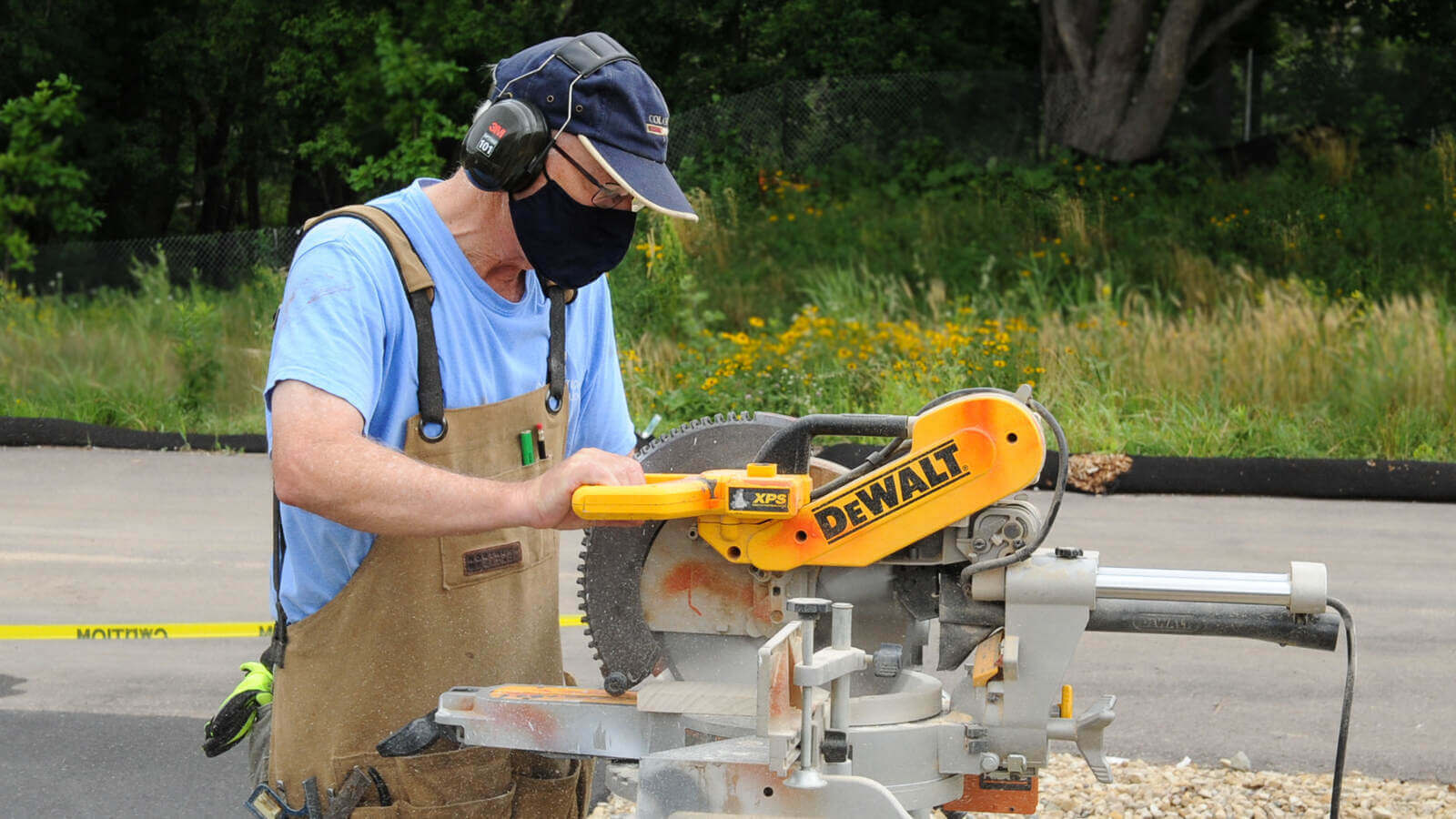 November 19, 2020 UPDATE: Effective immediately, we are suspending all in-person volunteer...

Join our volunteer newsletter and see all the ways you can make a difference.