With a degree in English and a background in magazine publishing, you might not expect someone like Mike Robertson to be leading our A Brush with Kindness (ABWK) home repair team—but he's doing that, and much more!

After graduating from college and becoming "burnt out and bored" with the magazine publishing industry, Mike Robertson took a leap and pursued his passion when he went to work for a contractor friend in 2000. He spent the next decade doing high-end restoration on older homes in the Twin Cities.

During that time, Mike also did repair work for members of his congregation with friend and fellow carpenter, Andy Barnett. Andy was serving in the role of Director of Construction at Twin Cities Habitat, and was transitioning into a new role overseeing Habitat's programs and services. It was through these repair projects and Andy's role at Habitat that Mike was introduced to the newly-formed A Brush with Kindness home repair program, and encouraged to apply for the open Project Supervisor role.

Mike applied for and was hired for the role by ABWK founder, Pat Lund, and began his career at Twin Cities Habitat with four AmeriCorps members in the summer of 2010—which just happened to also be the year (and the timing) for the Carter Build Project in the Twin Cities. 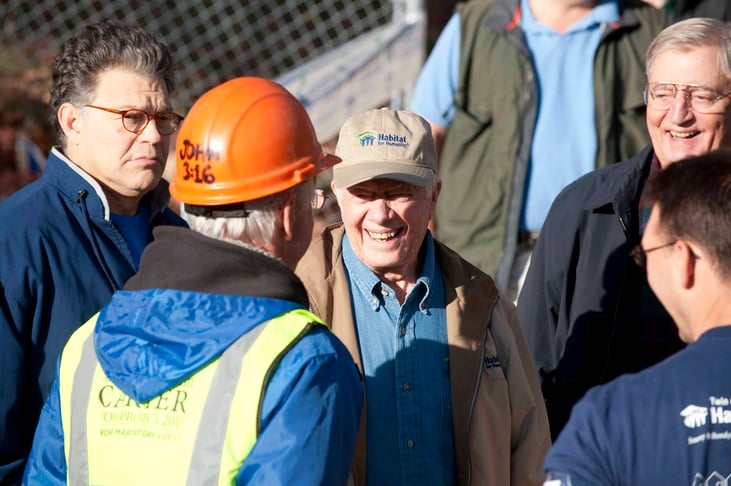 "When I started, it was really just trial-by-fire," Mike said. "Not only did we have the huge Carter Build project happening, but U.S. Bank also signed on for twelve ABWK projects!"

Over the years, the number of home repair projects grew, and so did the A Brush with Kindness team. The program now has two full-time year-round and one seasonal Project Supervisors, a full-time Project Manager, two Construction Assistants and four AmeriCorps members. Mike's role has evolved to managing those field staff members, providing site coverage and technical assistance, and working closely with Habitat's Neighborhood Revitalization team on community engagement and development projects.

"In the early years of ABWK, it was predominantly exterior scrape and paint and minor handyman cosmetic interior work," Mike said. "That has evolved into deeper work over time. We recently went through a phase of program redevelopment and now our work is much more focused on the overall safety and stability of the house, inside and out."

This new approach to ABWK home repairs translates to a reduction in the number of projects the team is able to take on, but also allows the team to do more comprehensive projects. It also does more to stabilize the homeowners' situations, and involves a lot more complexity and subcontractor work. This revamp also supports the organization's new strategic plan, Impact 2020:

"It was important for us as an organization to shift our mindset from being how many projects completed to more of an outcomes-based view of the work we do."

Even though Mike spends less time in the field nowadays, he still loves working with his staff, volunteers, and families, and helping them gain confidence in the work they are doing:

"I always tell people that doing this work is basically 1% aptitude and 99% repetition."

One story that has stuck with him throughout the years involved a disabled veteran living with his mom in St. Paul in her unfinished basement. There were massive plumbing and electrical issues, which required the family to move out of their home for several weeks. During that time, the ABWK team and subcontractors worked to re-wire the house, repair the plumbing, and create a livable bedroom space for the veteran.

"When we moved them back in, it was right around Christmas time," Mike said. "Steven (the veteran) now had an accessible bedroom, and it was incredibly powerful to see them in their new living situation and the impact of the changes we were able to make. It was also amazing to witness generosity we received from contractors and the dedication of our volunteers."

In his free time, Mike keeps busy with his family, which includes his wife, two daughters and a brand new puppy. Mike is also an active cyclist, and loves the outdoors and takes advantage of any opportunity to go camping or hiking. He also has a steady flow of home projects of his own (what he calls the curse of the carpenter), and enjoys being out and about in his Snelling/Selby neighborhood of St. Paul. 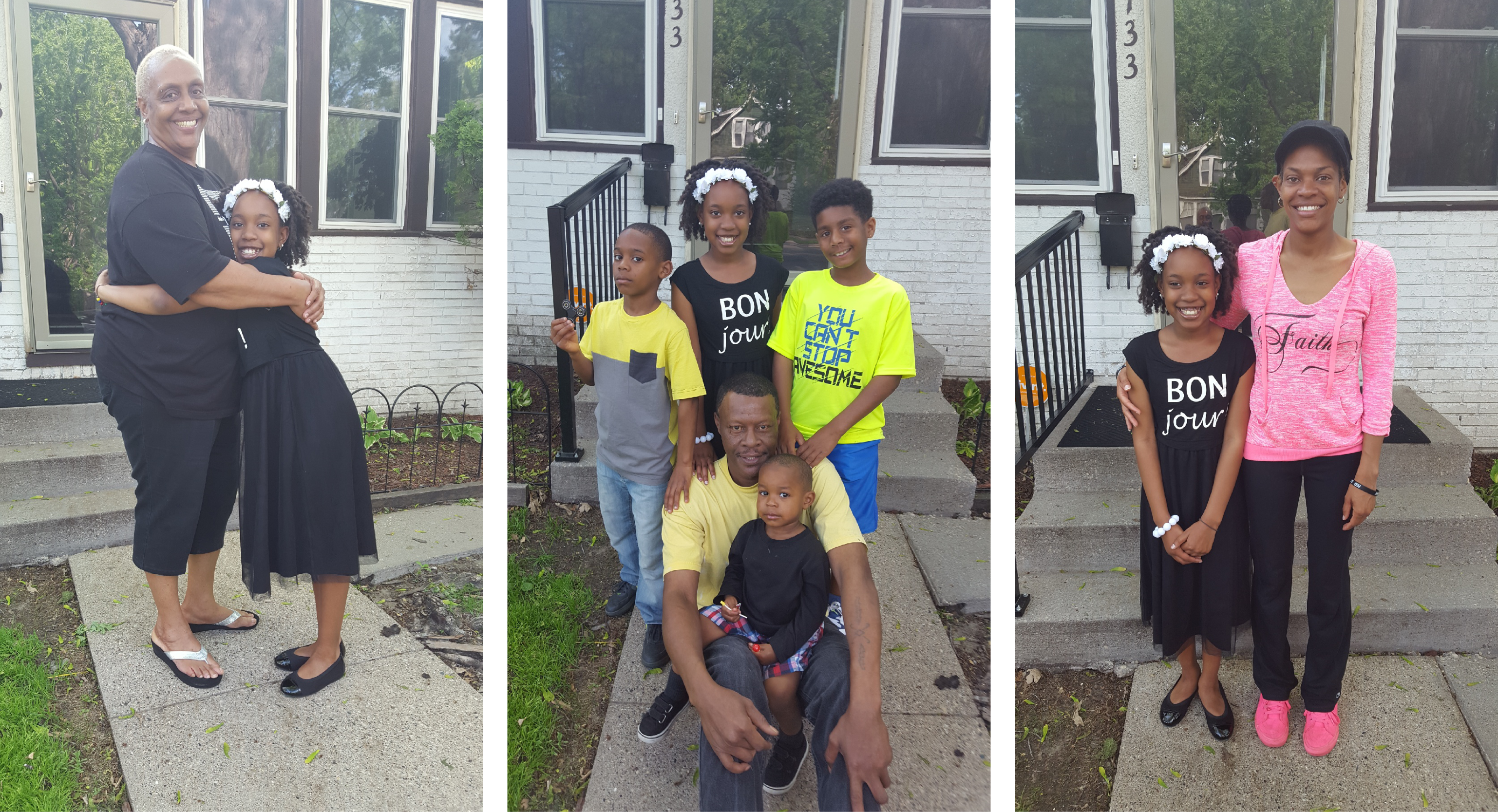