The housing market collapse, and Great Recession that followed it, did not hit the Twin Cities with uniform force. Neighborhoods with historically low property values and low median incomes got the worst of it. That includes the diverse neighborhood of Frogtown that runs along the north side of I-94 in St. Paul. This is a community that Twin Cities Habitat for Humanity has a long and strong relationship with.

In 2011, at the request of Frogtown residents, Twin Cities Habitat joined Frogtown Focus; a community effort to improve a 16-block section of Frogtown, from University to Thomas, and Dale to Western. Residents initiated this effort because they were concerned that, in the wake of the housing crisis and in anticipation of the light rail Green Line, there was a lack of responsiveness and coordination from housing developers. This lack of a coordinated housing plan was putting the neighborhood at risk for a steep decline. Frogtown Focus held over 20 listening sessions and focus groups to create a resident-inspired development plan. 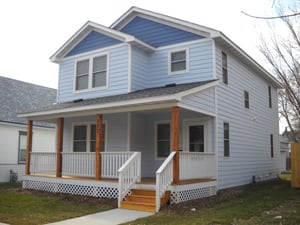 This plan matched well with many of the things Twin Cities Habitat is good at: building quality new homes, rehabbing older homes that can be made livable again, and making critical repairs to help lower-income homeowners remain stable in the houses they’ve owned for years. However, this time Twin Cities Habitat’s goal wasn’t just helping a single family, it was to improve overall quality of life in a neighborhood. This Neighborhood Revitalization approach is being taken by Habitat for Humanity affiliates around the country.

This shift required a new way to evaluate impact, so Twin Cities Habitat committed to doing a follow-up evaluation 3 years later to see what worked, what didn't, and what still needed to be done. The organization just released the full report (and a condensed version) of the 3-year follow-up study comparing neighborhood conditions from June 2011 and June 2012 to June 2014. 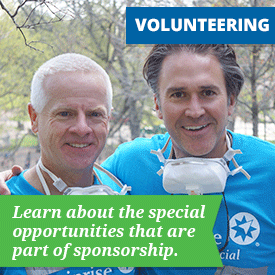 The organization also strengthened its relationships with residents and partners, adapted its work in response to community desires, conducted outreach at community events, and provided support to neighborhood initiatives.

The Results
Although a cause and effect relationship cannot be stated between revitalization efforts and community changes, the data from surveys and property assessments do suggest that the area has avoided the significant decline in property conditions and quality of life that were feared in the wake of the housing crisis and at the start of this effort. The data also show a lot of opportunities to do more.

The Recommendations
Upon reviewing the findings, community partners made the following recommendations for future action. These recommendations are meant to inform conversations among stakeholders who are planning housing work in the area:

This survey demonstrates the value of continued investment in Frogtown. With a high number of residents committed to the neighborhood it creates a great opportunity to work together on the recommendations above. Twin Cities Habitat is committed to continuing to work with its partners in Frogtown, investing in housing and helping address residents’ concerns. If revitalizing neighborhoods is something that you think is important and want to be a part of, please contact us and find out how you can help by emailing info@tchabitat.org.