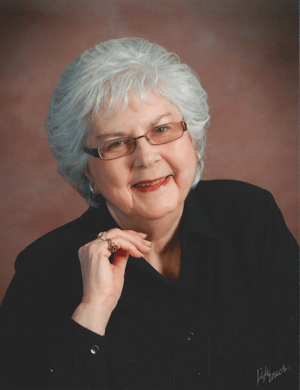 After Jan Pederson retired as a social worker with Ramsey County, she did not slow down one bit. She was all about helping people. Among many things, she served lunches for Twin Cities Habitat for Humanity volunteers every summer through her church, Centennial United Methodist, part of the Holy Hammers Coalition. When Jan passed away in 2016, it wasn’t surprising for those closest to her that she laid out her estate to benefit organizations close to her heart, like Habitat.

Jan’s dear friends and neighbors, Dennis and Bobbie Stolp, presented a check on behalf of Jan’s estate at the 4th Annual Regular Volunteer Crew Summit on Friday, April 13; Jan’s will had gifted one million dollars to Twin Cities Habitat for the building of homes. There was a collective gasp, followed by cheers, when Jan’s generosity was announced.

“It really takes my breath away,” said Sue Haigh, President & CEO of Twin Cities Habitat. “I’m overwhelmed by Jan’s generosity and the impact this will have on our mission. My sincere thanks to Jan and her friends.” 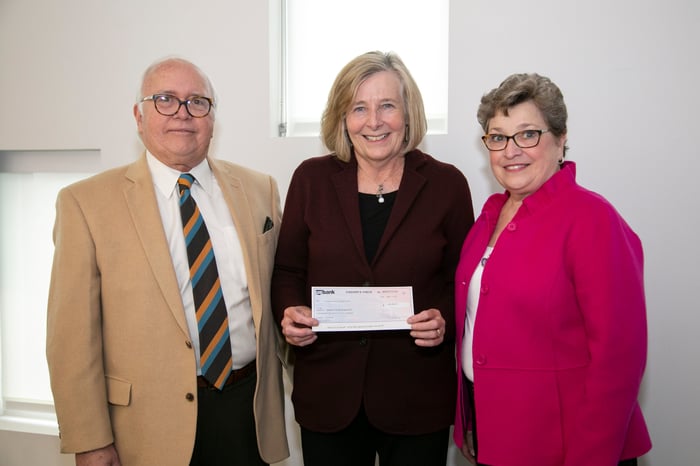 Dennis and Bobbie met Jan in 1974. They moved into a townhome that was right across from Jan’s. She had moved in about a month before them. They met when Dennis asked to use Jan’s phone (their landline wasn’t installed yet), which sparked an instant friendship that grew throughout the years.

“She became more family than friend,” Bobbie said. Jan grew up as an only child and never married or had children. Over the years, their friendship grew. Jan frequently drove down Lexington Ave. As she passed by Dennis’s parents’ home, she would often stop to check on Dennis’s elderly parents, making sure they were doing alright. This is just one example of how she cared for others. She was incredibly social. She had a regular workout routine, making many friends in her exercise group.  Only Jan’s allergies would slow her down.

It was only after Jan passed that Bobbie found out she was the executor of Jan’s estate. Bobbie wasn’t surprised in the least when she saw Jan had laid out her will and estate very specifically. She was a little surprised at the extent of the estate – but at the same time, that’s just Jan.

“She always prided herself with her investment knowledge," Bobbie explained. “Her legacy is just an extension of who she was as a person.”

“She was one of the most caring and giving people that I have known,” Dennis said. “She was giving of her time, her money, her knowledge – and she was really fun-loving.”

“She just had this desire to serve people,” Bobbie added, smiling. “She would be so happy knowing her plan worked the way she wanted.” 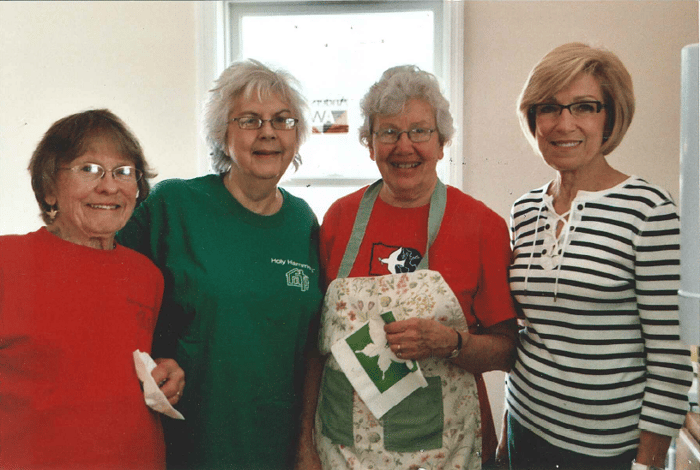 Jan, second to left, with other Holy Hammers lunch servers.

A safe and well-constructed house

Jan truly had the heart of a social worker, both on the job and off. She was a vital member of Centennial United Methodist Church, where she helped welcome refugees to her community and collected clothes for them. She became particularly close to a family who emigrated from Sierra Leone – so much so that the young girls started calling her grandma. One of the young girls has grown up and recently graduated college with her nursing degree – something Jan would have shared with her friends just like any proud grandma would.

When she retired, she became very active in her church’s partnership with Twin Cities Habitat. Her church is part of Holy Hammers, a large coalition of churches that has built 22 Habitat homes and contributed to 10 others since 1999. Jan’s allergies prevented her from building on site, so she would prepare and serve lunches. But it was more than that – she recruited volunteers on Sundays, solicited donations from local businesses, did the grocery shopping, and more.

Bonnie Bougie served lunch alongside Jan at Centennial and spoke at Jan’s funeral, she shared that Jan often said, “All I can do is the best I can do.” Bonnie continued:

Jan organized her life in the spring and summer around her commitment to Habitat, because she wanted every family to have a safe, well-constructed house to live in. She did her BEST to be sure that workers had healthy meals along with a few fun, non-healthy snacks. She did her BEST, propelled by her Christian faith and her experiences as a social worker who truly cared about making this world a better place.

Jack Griffin, one of the organizers of the Holy Hammers coalition, agreed.

“Her career as a social worker with Ramsey County certainly exposed her to lives of poverty, need, and the transitory lifestyle that non-homeowners have,” Jack said. “I believe this is one thing that drew Jan to wholeheartedly support the Habitat mission, knowing that stable housing can dramatically improve a family’s situation in so many ways.” 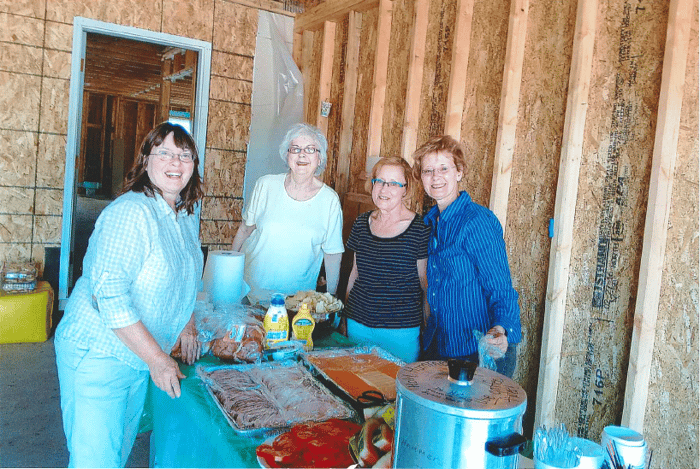 The day Jan passed away was All Saints Sunday in November 2016. After church that morning, Jan noticed an older church member having some difficulty making it to her car, so Jan helped her out. It was just second nature to her – even at age 80, she didn’t hesitate to help.

In the afternoon, Jan wasn’t feeling well, so she drove herself to urgent care (she prided herself on being independent). There, she had a massive heart attack and died.

In life, Jan was a beacon of light to everyone she met; she truly lived to serve. In death, her legacy will live on in the lives of the many children who will grow up in stable, affordable homes built because of her remarkable generosity.

If you plan on leaving a legacy for Twin Cities Habitat through your will or retirement plan, please let us know so we can thank you and ensure that your gift will be used as you intend. Contact Laura Tanner at laura.tanner@tchabitat.org or 612-305-7137.